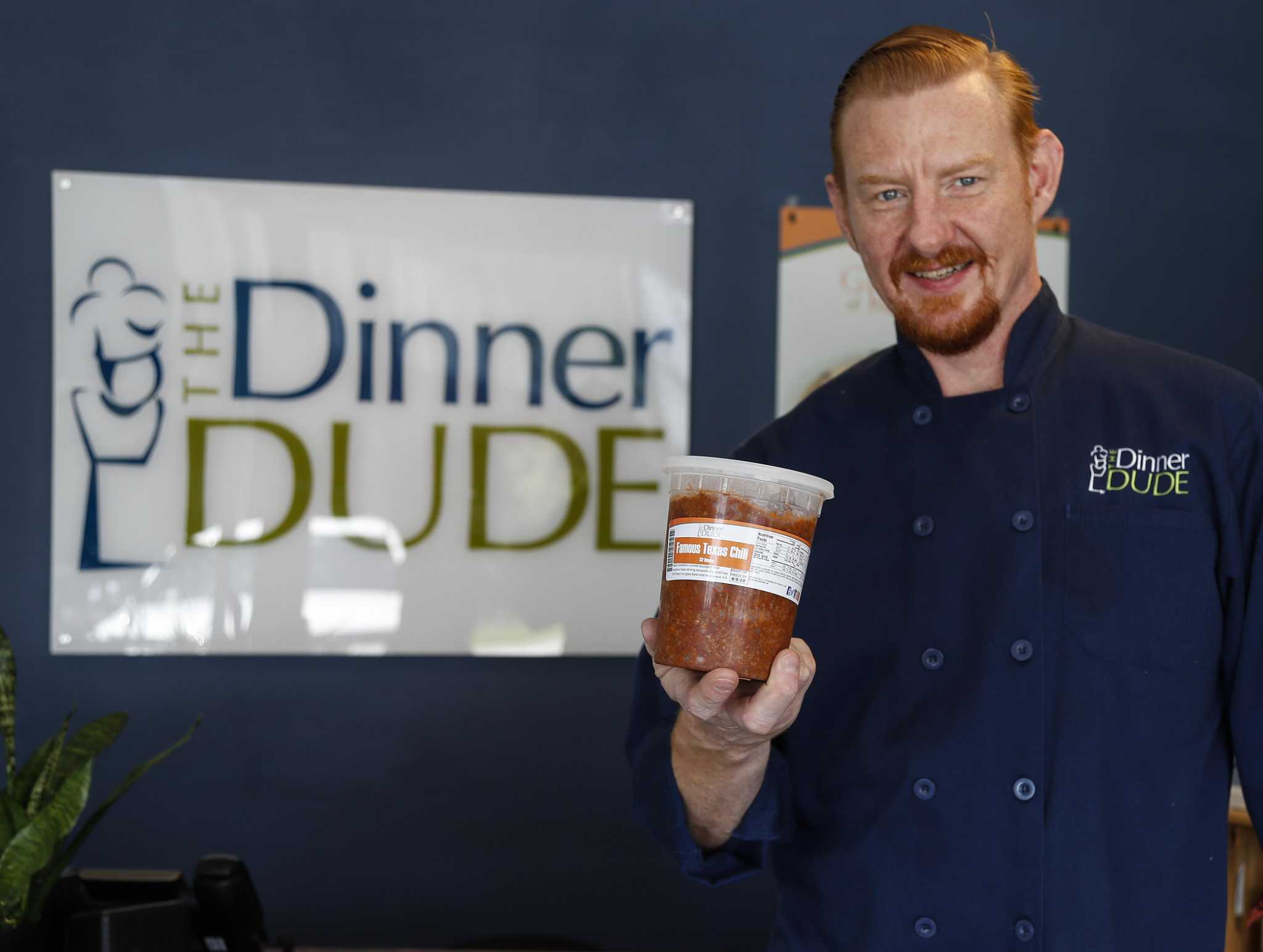 Mark Zoch’s childhood memories are intertwined with his mother Sandra’s struggles with health. She had high blood pressure, cholesterol and blood sugar, progressing from pre-diabetes to Type 2.

“It hurt me watching her go from diet to diet and nothing ever worked,” Zoch recalled.

At only 27-years old, his mother died from breast cancer, after spending years in doctor’s offices, searching for a path to a healthier life.

Now Zoch, a West Houston resident, helps individuals on that same road remove any obstacles along the way. Busy moms are often his top customers.

He founded his business, The Dinner Dude, in 2008, serving up convenient, health-conscious meals that can be picked up or delivered to area residents. In 2011, he opened his storefront at 14775 Memorial.

Zoch and his staff accommodate a range of diets – with a focus on making sure meals taste great regardless of whether they’re missing gluten, carbs or sugar.

“It’s got to be real food, and it’s got to be good,” Zoch said. “We use classic techniques, and almost everything is made from scratch.”

And customers don’t have to worry about cooking – or measuring portion size. “We take the hard parts out, so you can focus on the one thing you need to do,” Zoch said.

Put all your energy on getting healthy, he said. His goal is to remove the hassle and confusion.

This year, he partnered with health coach Heather Hirschman to offer personalized nutrition consultation, as well as a 28-day meal plan.

One of their first customers was Tammy Kelley, who lives in northwest Houston near Tomball. For the past five years, Kelley regularly picked up meals here and there from the Dinner Dude, which is located near her job.

“It’s just easy to grab a meal and then take it with me,” she said. “It’s very fresh tasting. Mark uses seasonings and spices that don’t add calories to your food -but that make it taste good.”

When Kelley first heard about the new coaching service and meal plan pairing, she was skeptical.

“I don’t want another diet plan,” said Kelley, who felt like she’d tried them all.“I eat right, and I exercise, but I’m not losing weight.”

But the fact that the Dinner Dude personalized plans for each customer appealed to her. “That was a new twist,” she said. “He customized it to exactly what I needed.”

Immediately, she felt as though the meal plan reduced bloating and inflammation in her stomach. From there, she began losing weight, while gaining an understanding of which foods to eat, and which to avoid.

“Mark provides the meals, and you see how your body reacts to the food,” she said.

Kelley even learned that sometimes, she was not eating enough. “I was always conditioned to look for small portions and low-cal,” she said. “I’ve learned so much from Mark.”

Zoch discovered his way around a kitchen at a young age. “Most of it I learned from picking up ‘Food &Wine’ magazine or ‘Bon Appétit’ and watching a lot of PBS cooking shows,” he recalled.

Even then, he felt a call to cook. “I kind of had this feeling, like this might be it for me,” said Zoch, who holds a degree from the Hilton College of Hotel and Restaurant Management at the University of Houston. “I like cooking.”

He worked at a mom-and-pop grill, where he cooked alongside the owner; served as a chef in the merchant marine traveling to more than 20 countries in four years; and also spent 10 years rising through the ranks to executive management within Pappas Restaurants.

Along the way, he learned the methods and techniques to prepare gourmet cuisine, which he hoped to one day apply to his own venture.

Instead, he burned out from the restaurant world and decided to go into real estate – a stint that lasted about six years.

His path back to the kitchen started when the human chorionic gonadotropin, or HCG, diet became popular.

The HCG is a physician-supervised weight loss program, in which patients adhere to strict calorie recommendations.

“It’s too hard for most people,” Zoch said. “I knew they would need some help.”

He realized that he had the tools to make it happen – and the right spice combinations to add flavor without increasing calories.

“Before I knew it, I was a personal chef, going to 15 houses a week,” Zoch said.

Assisting people as they became healthier was a rewarding experience.

“I wasn’t able to help my mother, but I was helping all these other people wrestling with the same monster,” Zoch said.

Another chef friend hooked him up with a commissary kitchen and staff. “I couldn’t make 1,000 meals by myself,” Zoch said.

Over time, Zoch was bothered when seeing customers trying various diets without success.

“We need to come up with our own program – so people can ditch the diet dogma and learn to eat intuitively instead,” he thought.

Then, a health coach literally walked through the front door.

“And we began to develop a program,” Zoch said. “It works amazingly well for people. We get to see them have these ‘aha!’moments. We are able to guide people to better health.”

Now, Zoch and Hirschman dish up their own meal plan and counseling service, in addition to meals that cater to other diets. Regardless of the plan, Zoch said the key is to eliminate the stress.

“Sometimes, a nutritionist dumps a diet on you with a bunch of tips and tricks,” he said. “It’s overwhelming. We focus on one degree of change at a time.”

Zoch also said that different plans work for each individual. “It’s not one size fits all,” he said.

Combining his love of cooking and his interest in health makes the Dinner Dude a more rewarding enterprise than Zoch could have ever imagined.

“You look back on how many people you’ve helped, and it’s really satisfying,” he said. “We’re able to help them eat better – so they can feel better.”