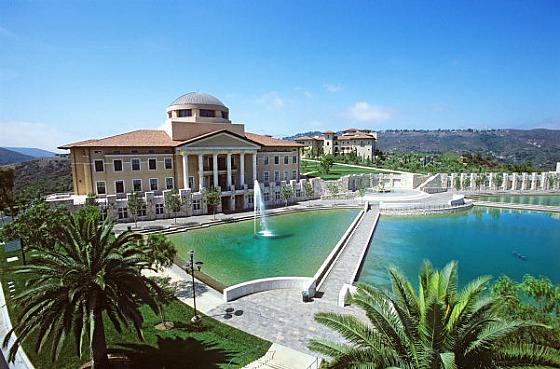 Orange County staff and volunteers are gearing up for the opening of a mass vaccination center at Soka University in Aliso Viejo on Saturday.

It joins the first center the county opened last week at Disneyland that has been handling about 3,000 appointments a day.

“Bring your umbrellas, plan for rain, if you’re in a walker, you have to take those things into account,” county spokeswoman Molly Nichelson said. Staff and volunteers will be on hand to help visitors from the campus parking structure off Wood Canyon Drive to a gym nearby, where vaccines will take place.

The county has enough vaccines and staff on hand for a confident launch of the new Soka Super POD (point-of-distribution) this weekend, said spokeswoman Molly Nichelson. Officials have said they would not open new locations until volunteers and doses were available to make it worth it; five sites are ultimately expected.

But public health officials are tempering expectations and asking for patience after the Othena appointment system got off to a rocky start among its target users: seniors age 65 and older.

The Health Care Agency said this week the appointment process had been “simplified” to stop users from needing to constantly refresh Othena on their computers and phones in hopes of landing a slot.

For users who have completed registration, Othena will email eligible groups around 10 a.m. each day, alerting them an appointment is available to them.

But if users don’t respond through Othena within a few hours, they’ll be placed back in the virtual queue, Nichelson said.

“They really have to pay attention to those emails that come through,” she said.

The Health Care Agency has set up a hotline at 714-834-2000 to field questions about Othena, vaccine appointments and other related issues during weekday business hours.

At this point, people who qualify for a vaccine and want an appointment can’t call to set one up, but can call for help in registering on Othena.

“We view that this’ll be able to make a us more nimble,” she said.

Chau advised seniors having trouble with Othena to ask their doctor or staff at a local senior center for help.

And super sites aren’t the only option, Chau said. The Health Care Agency also is ramping up smaller-scale “mobile” vaccination clinics, which have parachuted in for a day at a couple of seniors centers with more in the works.

Meanwhile, the county is still striking a balance of marshaling vaccines, staff and volunteers to get doses into the arms of the county’s most exposed and vulnerable to COVID-19 efficiently and fairly.

During a virtual town hall Thursday with Assemblywoman Cottie Petrie-Norris, Chau said Orange County still doesn’t have enough vaccines and repeated the need for letting older seniors get their shots first, particularly those with chronic health conditions that make the coronavirus more dangerous to them.

“We are asking the community to be patient, let us give the vaccine to those 75 and older and those 65 and older with chronic problems,” he said. “Let us protect them first, because they are the ones that if they get infected, they end up in hospitals more than others.”

On Thursday, Orange County gave vaccine administrators the go-ahead to resume using Moderna vaccine lot 41L20A, which was put on hold by the state Department of Public Health after a handful of allergic reactions in San Diego last week. About 5,000 people in Orange County received shots from that batch, but there were no known adverse effects, the Heath Care Agency said earlier this week.

After an investigation, state health officials said late Wednesday there was “no scientific basis to continue the pause.”