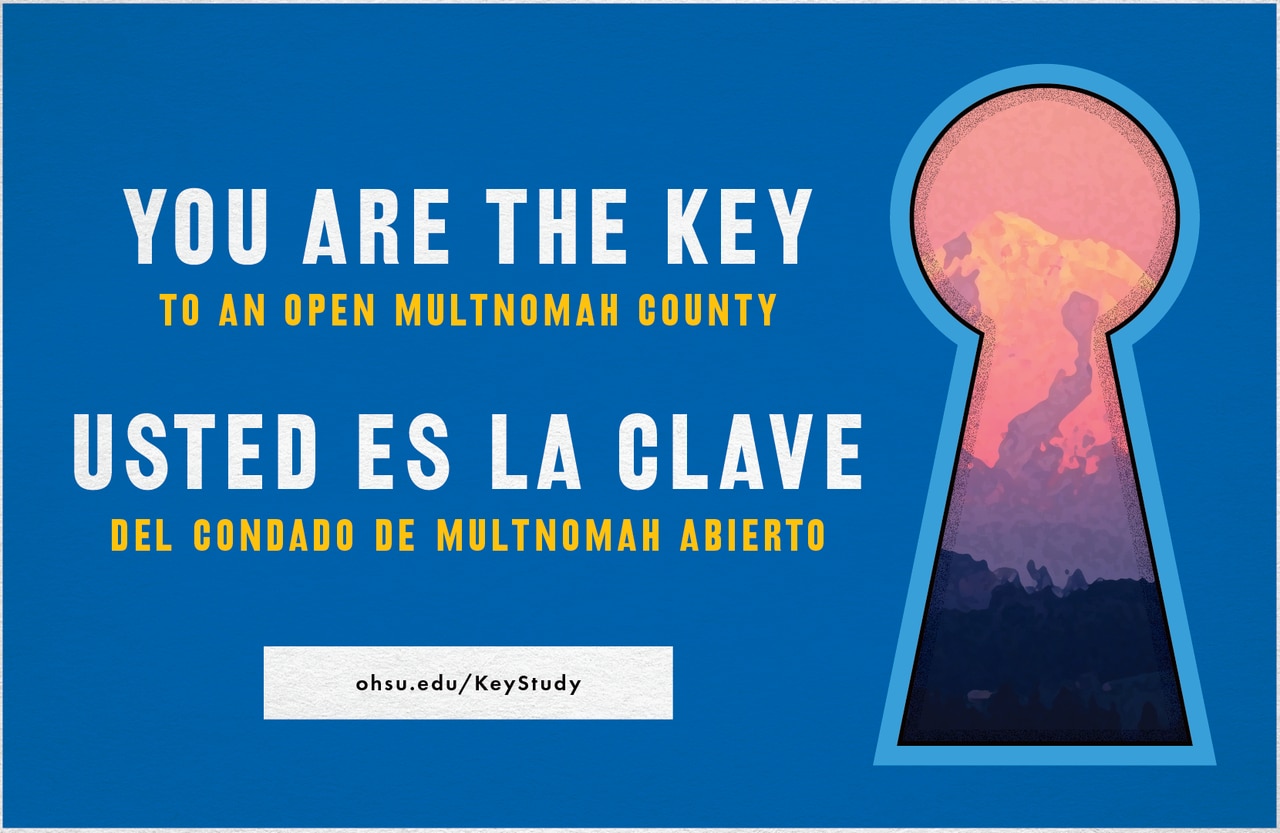 A study intended to track the coronavirus in Oregon and understand its impacts on minorities is now dead because Oregon Health & Science University, which led the research, failed to ensure enough minorities would sign up to participate.

The Key to Oregon study, which had been projected to cost $24 million, was to track 100,000 people’s coronavirus symptoms and regularly test 10,000 Oregonians who volunteered. One of its original goals was to make sure people of color signed up to participate, but that did not happen.

“OHSU realizes that this research cohort does not currently represent the state in the way that is necessary,” the university said in a statement Thursday morning.

With a 2.4% random sample of Oregon’s population, the study was expected to help the state understand where the virus is most prevalent, catch new cases and outbreaks early, open schools faster and help prevent future outbreaks, the university has said.

Gov. Kate Brown called the program a “game changer” when it was announced in May.

The program’s failure is a major hit to Oregon’s effort to monitor, study and ultimately curb the pandemic. The pandemic has affected Black people, American Indians and Pacific Islanders particularly hard, with case rates many times higher than those for whites.

But in OHSU’s attempts to enroll Oregonians, the university struggled to enroll those and other underrepresented populations. That happened because OHSU didn’t make sure those communities’ representatives participated in designing the study, the university said. The university later realized some of the study’s flaws and, in June, pulled in outside experts to help redirect the study.

Instead, researchers could have targeted the communities directly, even if that would have changed the fundamental structure of the study. Direct outreach might not meet the gold standard of a randomized study, he said, but it’s better than not studying the communities at all.

Asking people to participate is particularly important in the case of minority communities because of the historic distrust those communities have of medical officials, said Multnomah County public health director Rachael Banks.

“Even if we had the best methodology, we need to develop trust,” Banks said.

Oregon has other programs to track the spread of disease, said Dr. Dean Sidelinger, the state’s chief health officer, though none can provide the same state-wide perspective as the aborted OHSU study.

Monica Maxwell, a Hispanic Oregonian, was turned away by OHSU after she tried to enroll in the study, according to emails she forwarded The Oregonian/OregonLive newsroom. Maxwell wrote the university an email in May to ask to participate, adding that she is Hispanic. In its reply, the university said the study would include only those selected at random.

“I was hoping that being a Hispanic woman, that would give them information they wouldn’t have otherwise,” Maxwell said.

That’s exactly the kind of person Franklin said could have been invited to participate in the study.

Ultimately, Franklin commended OHSU for owning its mistakes in pulling the plug on the project.

“I respect the humility in being able to make that tough decision,” Franklin said.

Did you enroll or try to enroll in this program? If so, please email or call.

[ad_1] If you live with someone, your immediate concerns about coronavirus double: You worry …