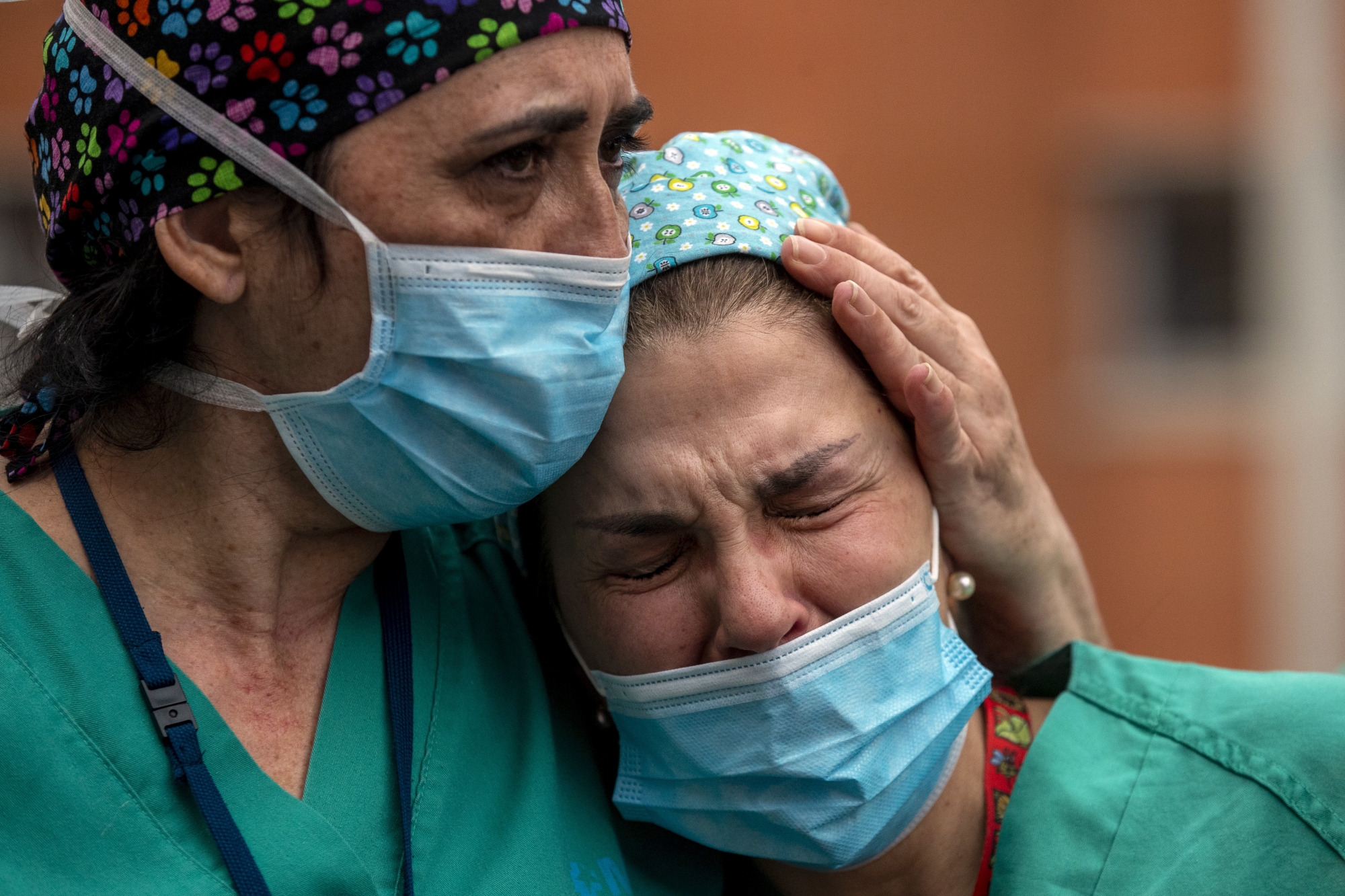 Certified registered nurse anesthetist Derrick Smith is no stranger to the horrors of losing patients. But now, the coronavirus pandemic has pushed him into a completely different, “much more terrifying” reality.

Smith, who is predominantly treating Covid-19 patients at a hospital in New York City, revealed the tragic last words of a dying man he was about to place on a ventilator: “Who’s going to pay for it?” the coronavirus patient asked Smith in between labored breaths.

“(This patient) was in severe respiratory distress, had difficulty speaking, and yet still his main concern was who could pay for a procedure that would his extend his life but statistically he doesn’t have a good likelihood of survival.”

Knowing that the patient was most likely not going to recover once he was intubated, Smith and his colleagues called the man’s wife to give them what may have been their last chance to say goodbye.

Most Covid-19 patients will die after being placed on ventilators, with the mortality rate reaching up to 80% in intubated coronavirus patients, Smith said. While he does not know whether his patient survived, he said it was “pretty unlikely.”

Smith called the incident “by far the worst thing” he has witnessed in his 12 years of critical care and anesthesia and said the moment shed light on a health care system that he says has been and still is failing its people.

“I was very sad and honestly, a little horrified. This demonstrates that we have a profound failure when one has to worry about their finances when they’re dealing with much bigger issues that have to do with life or death.”

Looking at the bigger picture

Smith did not have an answer to his patient’s question and instead turned the conversation to getting the man to talk to his spouse one last time. Despite the tragic circumstances, the question was a valid concern.

“The pandemic has highlighted a lot of structural inadequacies in our country, not only the response to the pandemic itself, but our approach to health care coverage,” Smith said.

The United States is the only developed nation without universal health care. Nearly 28 million non-elderly Americans, or 10.4%, were uninsured in 2018, according to the most recent Census Bureau data available.

“Addressing coronavirus with tens of millions of people without health insurance or with inadequate insurance will be a uniquely American challenge among developed countries,” tweeted Larry Levitt, executive vice president for health policy at Kaiser. “It will take money to treat people and address uncompensated care absorbed by providers.”

Concerned that high costs may dissuade people from getting checked out if they feel ill, many insurers and several states are waiving co-pays for the coronavirus test for certain policyholders. But patients will still have to pay for the visit, other testing and any treatment for the coronavirus or other illness they may turn out to have.

For now-unemployed Americans who get their health insurance benefits from their jobs, this is yet another major crisis.

Altogether, about 16.8 million American workers, making up about 11% of the US labor force, have filed initial claims for unemployment benefits in just the prior three weeks.

“This can only get worse if we don’t improve equitable access to health care,” Smith said.

“As a result of the many job losses related to the pandemic, the uninsured population will only increase, and it will still remain a challenge for those who do retain private health insurance. The last analysis I saw projected up to a 40% increase in insurance premiums by next year so that’s going to be an even bigger burden we need to talk about.”