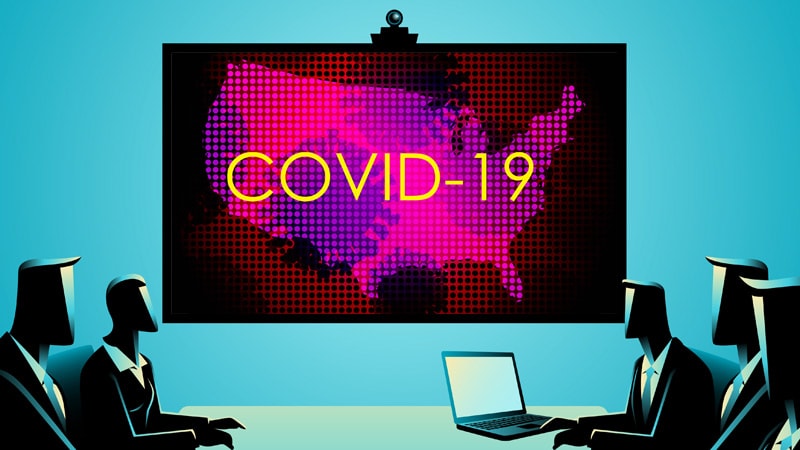 The Centers for Disease Control and Prevention (CDC) is preparing for potential community spread of the novel coronavirus in the United States — which has 34 confirmed cases as of today — and is not ruling out the future need for school and business closures such as those implemented in China.

“This new virus represents a tremendous public health threat. We don’t yet have a vaccine for this novel virus, nor do we have a medication to treat it specifically,” Nancy Messonnier, MD, director, National Center for Immunization and Respiratory Diseases, CDC, said during a telephone news briefing today.

On February 20, the US Department of State issued a travel alert advising citizens to “reconsider travel by cruise ship to or within Asia,” Ian Brownlee, principal deputy assistant secretary, Bureau of Consular Affairs, Department of State, said during the news briefing.

“While the US government has successfully evacuated hundreds of our citizens in recent weeks, such repatriation flights do not reflect our standard practice and should not be relied upon as an option for US citizens under potential risk for quarantine by local authorities,” Brownlee said.

“We urge US citizens to evaluate the risks of choosing to remain in an area that may be subject to quarantine and to take all appropriate proactive measures.”

Brownlee encouraged travelers to enroll their trips on the US Department of State’s Smart Traveler Enrollment Program.

The CDC is working with the state department to provide “up-to-the-minute” information for travelers, Messonnier explained.

These individuals are considered at high risk for infection and the CDC expects to see additional confirmed cases of COVID-19 among them.

Changes Made to Case Tracking

The CDC has changed the way it is tracking cases to separate infection in individuals who were repatriated to the United States from other cases.

“We are keeping track of cases resulting from repatriation efforts separately because we don’t believe those numbers accurately represent the nature of what is happening in the community in the United States at this time,” Messonnier explained.

Separating cases out in this way, there are 13 US cases versus 21 cases among individuals who were repatriated as of February 21, for a total of 34. Repatriated cases include 18 passengers from the Diamond Princess and three from the Wuhan repatriation flights.

Almost all remaining individuals who have returned to the United States from Wuhan, China, on state department-chartered flights and who have been quarantined at Department of Defense installations have completed their 14-day quarantine and are not at risk of spreading the virus to others, Messonnier said.

Many of these individuals are older than 60 years; therefore, the CDC is preparing for these patients to develop additional issues that will require hospitalization.

Several US citizens are currently hospitalized with COVID-19 in Japan and are seriously ill.

Messonnier said the CDC believes their aggressive approach is effective.

The fact that the number of cases in the United States is still low is “good news given what we are seeing among some countries in Asia that are beginning to experience community spread,” she said.

Community spread, when cases are detected in the community but the source of the infection is unknown, is being reported in Hong Kong, Japan, Singapore, South Korea, Taiwan, Thailand, and Vietnam. The United States issued Level 1 travel notices for Hong Kong and Japan earlier this week.

“We never expected that we would catch every single traveler with novel coronavirus returning from China, given the nature of this virus and how it’s spreading,” Messonnier said, emphasizing that community spread of the virus is not being seen in the United States yet but it is “very possible, even likely, that it may eventually happen.”

“The day may come” when the United States implements school and business closures such as those currently being enforced in Asia, Messonnier warned.

The CDC’s goal continues to be slowing the spread of the virus in the United States, which will “buy us more time to prepare our communities for more cases and possibly sustained spread.”