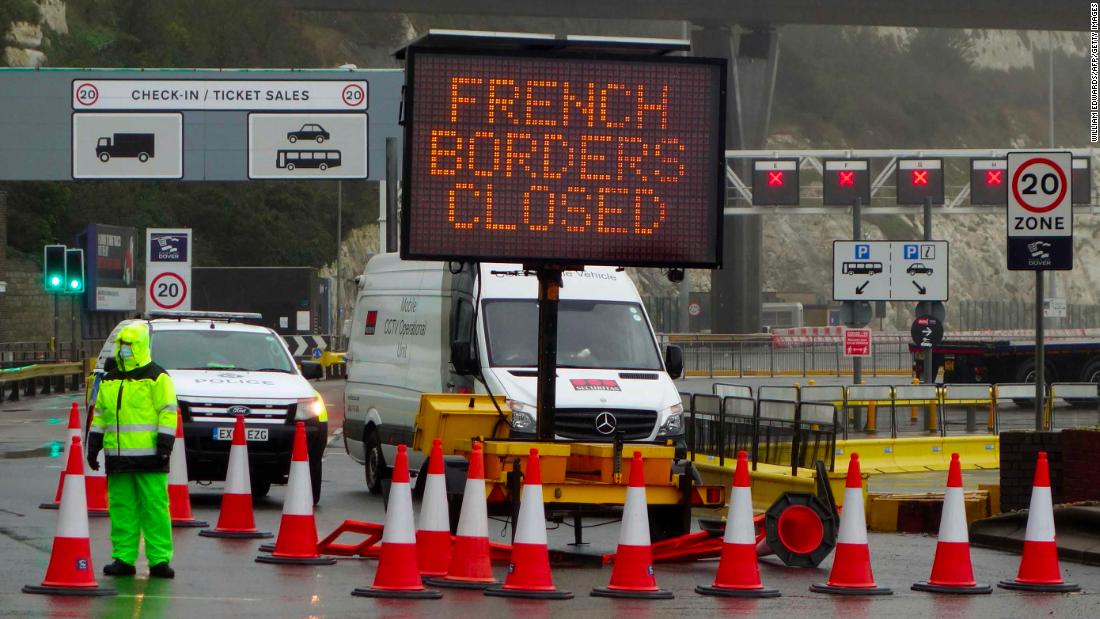 The White House Coronavirus Task Force told states last week “there may be a USA variant that has evolved here, in addition to the UK variant that is already spreading in our communities,” according to reports obtained by CNN.
But the CDC said there was no evidence of that yet.
“Based on scientific understanding of viruses, it is highly likely there are many variants evolving simultaneously across the globe,” a spokesman said in a statement emailed to CNN.
“Additionally, there is a strong possibility there are variants in the United States; however, it could weeks or months to identify if there is a single variant of the virus that causes COVID-19 fueling the surge in the United States similar to the surge in the United Kingdom,” the spokesman added.
“Researchers have been monitoring U.S. strains since the pandemic began, including 5,700 samples collected in November and December. To date, neither researchers nor analysts at CDC have seen the emergence of a particular variant in the United States as has been seen with the emergence of B.1.1.7 in the United Kingdom or B.1.351 in South Africa.”
It was not immediately clear why the White House issued a statement in print to states speculating about a new variant of virus arising across the US. An administration official told CNN’s Jim Acosta the speculation started on a call with governors.
CNN obtained multiple copies of written statements sent to states last week.
“This fall/winter surge has been at nearly twice the rate of rise of cases as the spring and summer surges. This acceleration suggests there may be a USA variant that has evolved here, in addition to the UK variant that is already spreading in our communities and may be 50% more transmissible,” the report reads.
“Aggressive mitigation must be used to match a more aggressive virus; without uniform implementation of effective face masking (two or three ply and well-fitting) and strict social distancing, epidemics could quickly worsen as these variants spread and become predominant.”
The CDC is tracking instances of the variant first seen in Britain. Regular coronavirus testing doesn’t tell doctors if people are infected with a variant. To do that, labs have to run far more detailed genomic tests.
So far, the CDC reported Friday, 63 cases of people infected with a variant resembling one first detected in Britain have been reported in eight states: California, Colorado, Connecticut, Florida, Georgia, New York, Pennsylvania and Texas. But CDC says there are likely many more cases.
What is not clear is whether these variants, which may make it easier for people to transmit the virus to others, are driving the explosive spread of the virus across the US, parts of Europe and elsewhere.
All viruses mutate, and the coronavirus has mutated at a relatively slow rate compared to, say, influenza. Researchers have been tracking changes in the virus as it spreads around the world and putting their findings into public databases such as NextStrain and one called GISAID.
Academic researchers also said they were puzzled by the White House statement and said there’s no evidence yet that variant versions of the virus are driving the spread of the virus in the United States.
“I do not know of a variant that has been identified in the US that could be responsible for the rise we are seeing,” Scott Hensley, an expert on viruses and immunity at the University of Pennsylvania, told CNN.
“There are a lot of reasons why the infection rates have increased over the fall and winter,” added Hensley. These include the colder temperatures, which drive people indoors and that also may create dryer, cooler air that helps viruses spread.
“The rise in cases does not necessarily need a genetic explanation,” he said.
Trevor Bedford of the University of Washington and the Fred Hutchinson Cancer Research Center, who helps maintain NextStrain, also said he saw no evidence of a homegrown US strain that is spreading more aggressively.
“We don’t see any indication of a particular lineage or variant contributing to an outsized number of cases in the fall/winter US epidemic,” said Bedford, who studies the spread of viruses.
“There is not one particular lineage that’s been growing and becoming a rapidly larger fraction of the epidemic (as seen in the UK and in South Africa).”
That doesn’t mean there are not variants arising in the US — coronaviruses, like many viruses, change over time and the more they are transmitted. But no particular version has taken over to change the rate of spread, the researchers said.
The more the virus spreads, the more likely this is to happen, however, said Hensley.
“If you are a virus and you have 300,000 shots on goal every day, there is a good chance that one of those shots is going to go in. Viruses are constantly making mistakes in their genomes,” he said.
“The virus levels in our country are out of control,” he added.
“If there is a lot of virus, there is a lot of opportunity for selection of variants. If someone is worried about variants, the best thing you can do is to limit the amt of virus that is circulating. The best way you can do this is by vaccinating people and with social distancing.”

Betsy Klein contributed to this story

[ad_1] In a year of endless viral outbreaks, the details of the Diamond Princess …