Revealed: How bride-to-be’s horror find while she was washing off fake tan saved her life – as she issues a stark warning to other women

A young woman has spoken of her horror after discovering a small lump in her armpit while taking off her fake tan – and how her life was ‘tipped upside down in a second’ following the devastating diagnosis.

Tash Mitchell, 24, found the tiny lump while washing off her tan about a year ago but was told by her GP the symptom was almost certainly only an exposed lymph node.

With the lump having failed to disappear a month later, the sales manager from Dunedin on New Zealand‘s South Island was referred to a breast specialist.

Multiple tests confirmed she had stage two triple-positive breast cancer – and a tumour that was small but one needing fast treatment because of how aggressively it could spread. 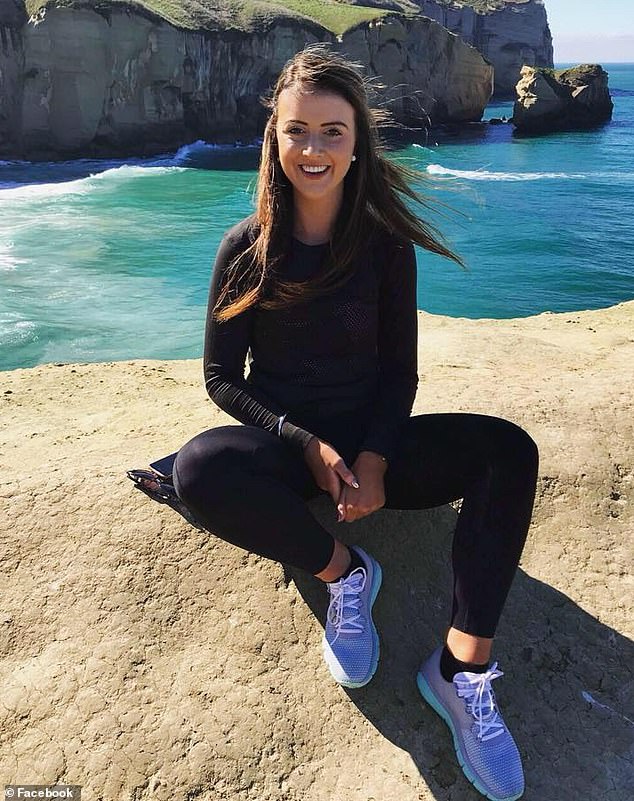 Tash Mitchell, from Dunedin on New Zealand’s South Island, last year discovered a tiny lump under her armpit – which later turned out to be a very small but aggressive breast cancer

The Kiwi woman – who this year was declared cancer-free after more than four months of chemotherapy – is opening up about her illness as part of the Change and Check campaign encouraging woman to monitor the health of their breasts.

Ms Mitchell said one of the most crushing parts of the diagnosis was not the prospect of losing her hair, but having to postpone her wedding to the love of her life.

‘It was devastating to hear your life was more or less tipped upside down in a second. All of the unknowns were overwhelming,’ she told the NZ Herald.

‘It was enough to get the better of me if I did nothing about it and all my doctors kept saying I was so lucky to have found it.’

Having seen her tumour shrink by 75 per cent following extensive treatment, Ms Mitchell said her experience had given her a new outlook on life.

‘It’s really changed my perspective and how I think about things and deal things – we all have nitty gritty things but I just think I get to stand up every day on my own two feet and feel good about getting a whole other shot at life, and I’m so grateful for that,’ she said. 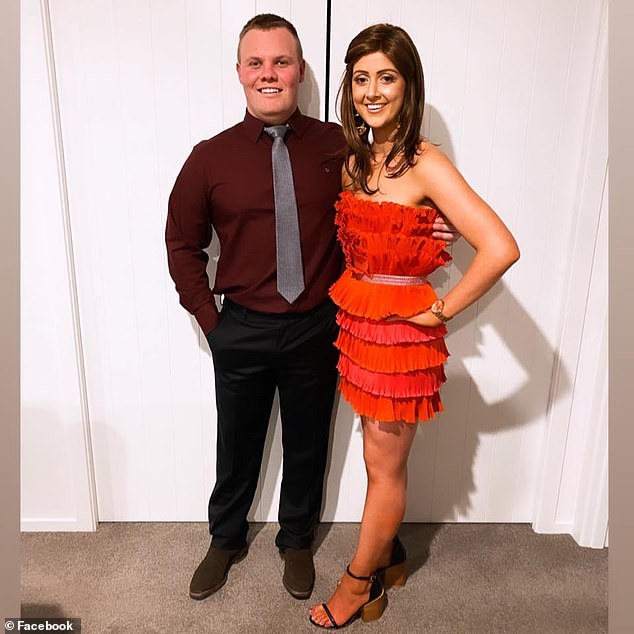 The Kiwi woman is pictured with her fiancé. She said one of the hardest parts of her diagnosis was having to cancel her wedding

Ms Mitchell hopes her treatment does not prevent her from having children one day, and was fortunate enough to fertilise six eggs through IVF treatment.

The Change and Check campaign is being led by New Zealand broadcaster Sarah Gandy – who herself was diagnosed with breast cancer at the age of 36.

‘This project is all about getting women thinking and checking their boobs at a time that works for them,’ she said. 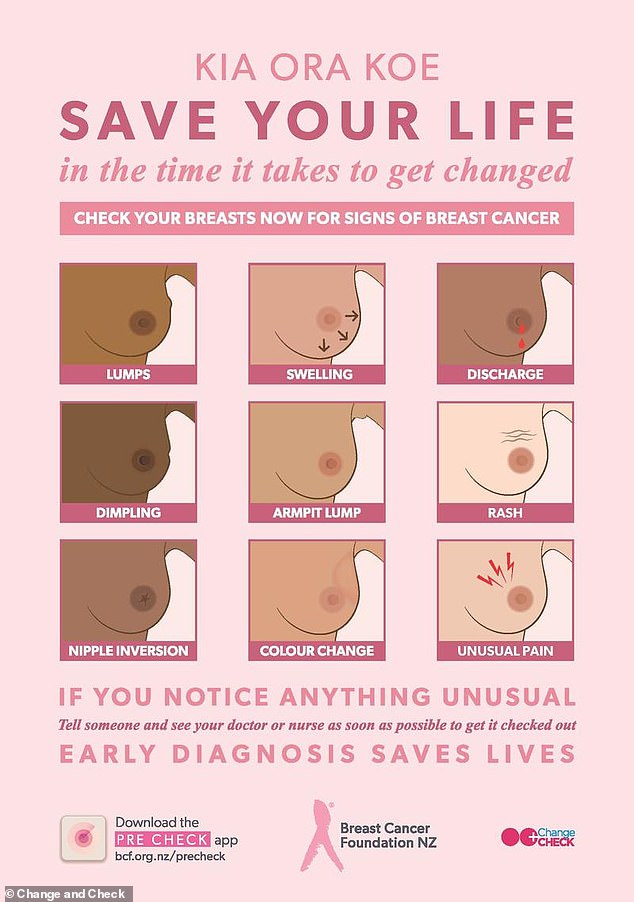 ‘We all know the signs of a cold. How great would it be if women had that same level of knowledge about what their boobs are telling them?’

Research published by Breast Cancer Foundation NZ has showed one in six Kiwi women under the age of 45 never check their breasts for changes.

Almost one in 8 respondents under 45 have ignored a lump or other symptom, rather than getting it checked out by a doctor.