February 05, 2023
Home Health News Neanderthal genes may be to blame in some severe coronavirus cases – CNN 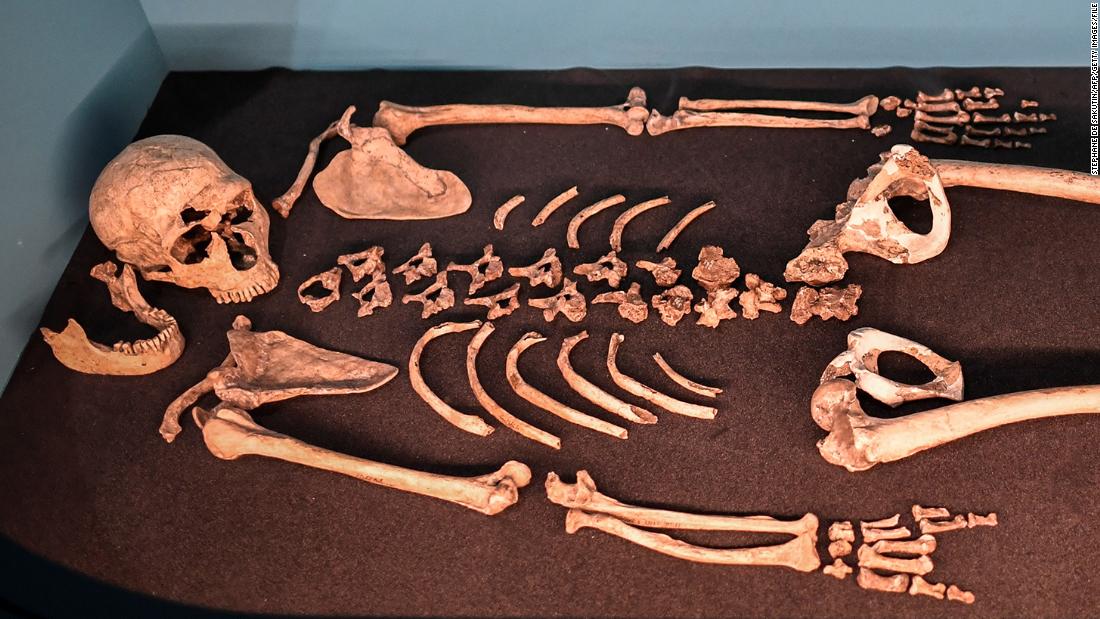 A team of experts on Neanderthal genetics examined a strand of DNA that has been associated with some of the more serious cases of Covid-19 and compared it to sequences known to have been passed down to living Europeans and Asians from Neanderthal ancestors.
The DNA strand is found on chromosome 3, and a team of researchers in Europe has linked certain variations in this sequence with the risk of being more severely ill with Covid-19.
“Here, we show that the risk is conferred by a genomic segment … that is inherited from Neanderthals and is carried by about 50% of people in South Asia and about 16% of people in Europe today,” Svante Paabo and Hugo Zeberg of the Max Planck Institute for Evolutionary Anthropology wrote, in a paper accepted for publication in the journal Nature.
“It turns out that this gene variant was inherited by modern humans from the Neanderthals when they interbred some 60,000 years ago,” Zeberg said in a statement.
“Today, the people who inherited this gene variant are three times more likely to need artificial ventilation if they are infected by the novel coronavirus Sars-CoV-2.”
Paabo and Zeberg found similar variations in the DNA from a 50,000-year-old Neanderthal skeleton found in Croatia and a few of them in skeletons found in Siberia, as well.
Studies have shown that modern humans interbred with Neanderthals and a related species, known as the Denisovans, tens of thousands of years ago. Studies estimate that about 2% of DNA in people of European and Asian descent can be traced back to Neanderthals.
“It is currently not known what feature in the Neanderthal-derived region confers risk for severe Covid-19 and if the effects of any such feature is specific to SARS-CoV-2, to other coronaviruses or to other pathogens,” the researchers wrote.
“There really isn’t anything medically or biologically special about the fact that this variant arose in Neanderthals,” Dr. Jeffrey Barret, a geneticist at Britain’s Sanger Institute who was not involved in the study, told CNN.
“Humans have a great deal of genetic diversity, some of which arose in our pre-human ancestors, some in Neanderthals, some during the time when all ancient humans lived in Africa, and some more recently.”
Barret said this particular stretch of DNA explains only a small percentage of the differences in illness severity among coronavirus patients.
“However, with respect to the current pandemic, it is clear that gene flow from Neanderthals has tragic consequences,” Paabo and Zeberg concluded in their study.