Evidence shows masks may help avoid severe illness, even if you get COVID-19

Researchers and scientists are now learning that not only does wearing a mask reduce viral transmission, but it may also help you avoid major illness, even if you end up contracting the novel coronavirus.

LOS ANGELES – Masks may offer wearers more protection than they even realize.

The simple act of wearing a mask amid the ongoing COVID-19 pandemic has become a politically charged topic in the United States and across social media, but most public health officials and doctors have cemented a primary reason for mask effectiveness: to prevent the spread of the novel coronavirus.

Researchers and scientists are now learning that not only does wearing a mask reduce viral transmission, but it may also help you avoid major illness, even if you end up contracting the novel coronavirus.

The hypothesis is explained in a forthcoming article, scheduled to come out next week in the Journal of General Internal Medicine, which further lays out a second theory — that wearing a mask actually results in milder disease if you do get COVID-19.

“I am extremely hopeful when you put all this data together that there is an intervention that is not as difficult as we think that can get us through it,” Gandhi said.

“That simple intervention is the mask.” – Dr. Monica Gandhi

The research article, titled, “Masks Do More than Protect Others during COVID-19: Reducing the Inoculum of SARS-CoV-2” discusses the authors’ hypothesis that universal masking reduces the “inoculum,” or potential dose of the virus for the mask-wearer, leading to milder and asymptomatic infection manifestations.

The perspective, which has previously received less attention, outlines a unique angle on why universal public masking during the COVID-19 pandemic should be one of the most important pillars of disease control.

Gandhi supports a theory that masks filter out most of the viral particles that come into your body, and if you get less of a dose, then you’re likely to get less sick.

“In fact, you’re either going to get not sick at all, or maybe no symptoms at all,” Gandhi said.

This means that the volume you breathe in may directly equate to the severity of the infection. So, even if you do test positive for COVID-19, a mask may help prevent severe illness and outcomes associated the virus.

Other studies are backing up Gandhi’s theory.

“A lot backs it up, actually,” Gandhi said.

One study, published in the Oxford University Press, found that surgical mask partitions significantly reduced the transmission and severity of infection of the novel coronavirus among hamsters. The mask partitions reduced the viral load in the hamsters that did get infected, as they were found to have less virus within their bodies than those infected without a mask.

RELATED: ‘Many people say that it is Patriotic to wear a face mask’: Trump tweets photo of himself in mask

Gandhi also cited an example where more than 100 workers at a seafood processing plant in Oregon were confirmed positive for COVID-19. Universal masking was required at the plant, and the vast majority — 95% of the workers — were asymptomatic.

The same happened two weeks ago at a Tyson chicken plant in Arkansas, where universal masking was required. In this case, out of 481 people who were infected, 455 were asymptomatic, which also led to a 95% asymptomatic rate.

The studies highlight that universal masking may help achieve rates of higher asymptomatic infection. In a viral pandemic, Gandhi said, one of the goals is to find ways to move toward milder disease manifestations.

Gandhi said there is also lot of ecological evidence that further backs up the evidence on masking and milder illness.

Gandhi’s forthcoming article cites other countries, which have extensively masked and did not see as much severe illness associated with it as a result.

“Countries accustomed to masking since the 2003 SARS-CoV pandemic, including Japan, Hong Kong, Taiwan, Thailand, South Korea, and Singapore, and those who newly embraced masking early on in the COVID-19 pandemic, such as the Czech Republic, have fared well in terms of rates of severe illness and death,” the article states. 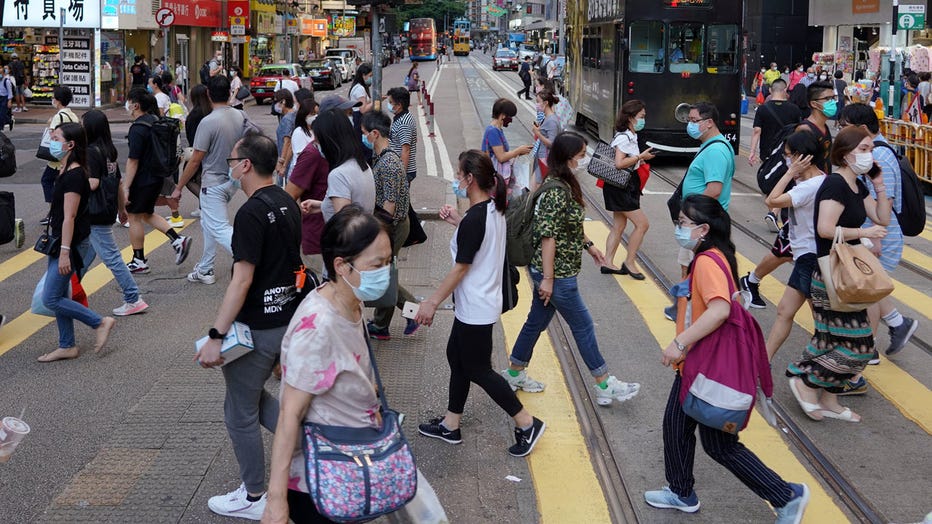 The article states that even when cases re-surged in areas with universal masking upon re-opening, the case fatality remained low.

This begs the question: If the majority of the population began wearing a mask, could it quickly turn things around?

Gandhi said there is a lot of evidence that would point to yes.

And many officials and other experts agree that wearing a mask could improve the nation’s pandemic.

U.S. Centers for Disease Control and Prevention Director Dr. Robert Redfield said in July if all Americans wore a mask it could bring the COVID-19 pandemic under control in weeks.

The CDC director said if the American public embraced masking now and did it rigorously, the U.S. could see relatively swift changes in the trajectory of the pandemic.

“If we could get everybody to wear a mask right now, I really do think over the next four, six, eight weeks, we could bring this epidemic under control,” Redfield said.

But the strong stance on masking was not originally the case among global health leaders. In April, the World Health Organization did not recommend population-level face masking, but changed their guidance in June.

In March, U.S. Surgeon General Jerome Adams said the general public did not need to wear or buy masks to protect against the spread of the novel coronavirus, but this month, Adams drastically changed his tune amid new evidence that shows masking works.

Adams said the U.S. could slow new novel coronavirus infections in two to three weeks if everyone does their part by following CDC guidelines, including mask wearing and social distancing.

“We’ve learned more about asymptomatic spread. Up to 50 percent of people who can spread this disease, spread it without having symptoms. And that’s why the American people need to know that science is about giving the best recommendations you can,” Adams said.

According to a widely-cited coronavirus pandemic model used by the White House, if almost everyone wore a mask in public over the next few months, tens of thousands of lives could be saved in the United States.

The projections, from the Institute for Health Metrics and Evaluation (IHME) at the University of Washington, compared different actions to control the spread of COVID-19.

“People need to know that wearing masks can reduce transmission of the virus by as much as 50 percent, and those who refuse are putting their lives, their families, their friends, and their communities at risk,” IHME said in a statement.

In June, Dr. Richard Davis, a clinical microbiology lab director at Providence Sacred Heart Medical Center in Spokane, Washington, shared a series of photos on Twitter of an experiment which demonstrated the effectiveness of wearing a facial covering amid the ongoing pandemic.

The doctor’s experiment showed how effective masks were at blocking respiratory droplets from an individual’s mouth.Every action performed unmasked nearly covered a petri dish in bacteria, while the action performed with a mask left the petri dish nearly untouched.

And one doctor set out to prove mask detractors wrong in an experiment that debunked the claim that wearing a facial covering negatively impacts the wearer’s oxygen levels.

Dr. Maitiu O Tuathail, based in Dublin, shared on Twitter that patients repeatedly ask him whether masks affect oxygen levels. He conducted the test in response to the queries, and he found that the results did not show a lowering of oxygen levels.

But Davis found that the material of your mask does matter.

A recent study from Florida Atlantic University, titled “Physics of Fluids,” found which types of masks offer the best protection against the novel coronavirus.

Researcher Siddhartha Verma and his team experimented with different choices in material and design to “determine how well face masks block droplets as they exit the mouth,” the study explained.

The researchers found that well-fitted homemade masks with multiple layers of quilting cotton offered the best protection. Those masks significantly reduced the number of droplets, according to the researchers’ findings.

While studies continue to illustrate that masks are important, Verma said that they are not a substitute for social distancing.

“If you take a look at the visuals, you can see there’s a lot of leakage from the sides and from the top, even for the best mask.” Verma said. “So masks are not 100 percent effective. Using a mask doesn’t reduce the risk of transmission to zero. That’s why it’s so important to use a combination of masks and social distancing.”

The United States currently has more than 4 million known cases of the novel coronavirus, and more than 140,000 people have died in the span of five months. The U.S. leads the world in confirmed cases and deaths.

COVID-19 cases continue to rise in many states, including California, which surpassed New York on Wednesday in total confirmed infections. California climbed past 409,500 cases on Wednesday, which makes it the state with the most cases in the U.S., according to John Hopkins University.

According to the Associated Press, Democratic California Sen. Dianne Feinstein on Wednesday again called for a national mask requirement. “We need a mandate at the federal level that will uniformly require masks across the country,” she said in a statement. “This isn’t a political issue.”

“It’s very unusual for Americans to wear masks. It is the way to get through this pandemic,” Gandhi noted.

Gandhi believes we are are not going to eradicate the virus, but now is the time to control it and be on top of it. Her opinion echoes Dr. Anthony Facui’s comments last week that the virus will not be eradicated.

Fauci, the director of the National Institute of Allergy and Infectious Diseases, said earlier this week that the novel coronavirus is likely here to stay.

“I think we ultimately will get control of it. I don’t really see us eradicating it,” the United States’ leading infectious disease expert said.“I think with a combination of good public health measures, a degree of global herd immunity and a good vaccine — which I do hope and feel cautiously optimistic that we will get. I think when you put all three of those together, I think we will get very good control of this,” Fauci said.