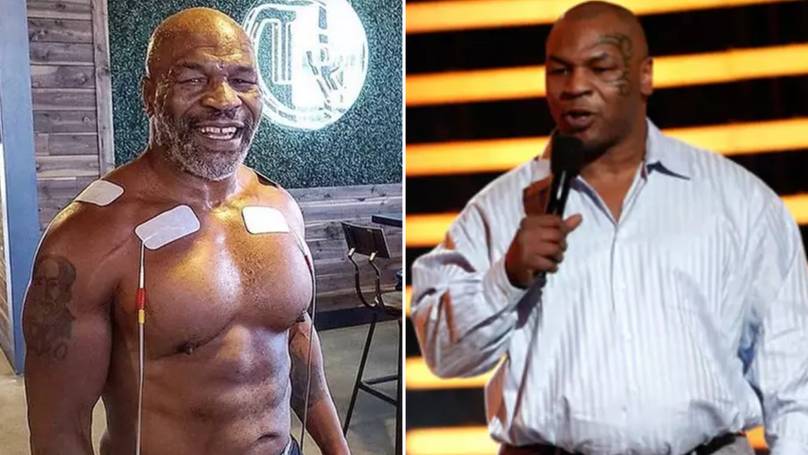 Mike Tyson has revealed he is in better shape than ever after dropping a remarkable 69lbs ahead of his boxing comeback.

Speaking to FightHype, the 54-year-old has revealed exactly how much weight he’s cut.

“I just came out to my partner’s house. She lives out here, [Dana Point, California]” Tyson explained. “We’ve just been training, boxing, and it feels great man. I come from 289lbs to 220lbs. And I feel good.”

It’s a huge turnaround for the ‘Baddest Man on the Planet’ after ballooning to nearly 400lbs during the lows of his post-boxing career.

He revealed to ABC back in 2013: “I may get up in the morning and do an hour of cardio. I do StairMaster or treadmill or TreadClimber for an hour and then I go to the gym around 7:30 and ride the bike for an hour and do my ab exercises, my chest and my light weights. Then I start it over again the next morning.

“Because I am a fat kid. If I don’t continue to watch my diet and exercise and take care myself I balloon to a lot of weight. I’ve always been a fat kid. I was 380lbs now I’m 240lbs.”

He looks ready to return to action and recently claimed he will be ‘unstoppable’ when he steps inside the ring once again.

“That’s all I’ve been doing, getting into shape,” he said on a #PlayApartTogether live stream on Facebook.

“I feel unstoppable now. I feel the same [as when I was in my prime] again. The gods of war ignited my ego and want me to go to war again.

“Imagine if I went out there and fought and I could help all these people we talked about.”

Who would you like to see Tyson face when he makes a long-awaited return to boxing?

Sound off in the comments.