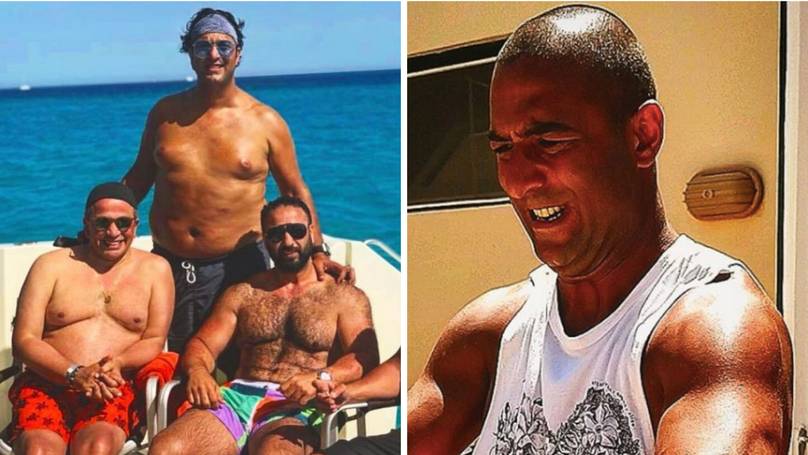 Former Spurs, Middlesbrough, Wigan and West Ham striker Mido was forced to make drastic changes to his lifestyle after piling on the pounds after retirement.

The Egyptian forward got to a point where he was 150kg, which equates to 23st 6lbs.

He struggled to do basic exercise like walking and one particular experience on an Island prompted him to make a drastic change.

“I was 150kg and I reached a point where I couldn’t walk 30 yards,” Mido said in an inspiring interview with The Guardian.

“If I did, I started to feel pain in my back, my joints and my knees. I remember I was getting off my boat in Egypt five months ago – this day is the turning point in my life – and I was walking off on to an island.”

He continued, saying: “I had three friends with me and it was 300 yards to the end of the island. The sand was a bit heavy and it was a bit sunny and I said to them: ‘I cannot walk.’ I had to sit for 30 minutes. I was only 34.”

Mido immediately paid a visit to the doctor, who disclosed some home truths that he needed in order to wake up and smell the coffee.

“Two days later I saw the doctor. He asked me to do blood tests. When I had the results and the doctor started to talk to me, I knew I had to change.

“He told me that my cholesterol is 320 and that the top of the average is 200. He said I was on the edge of being diabetic.

“To be honest, the doctor told me that if I continue with my lifestyle, there is a more than an 80% chance that I’ll die before I am 40. He told me: ‘You will die.’

But he’s not stopped there and now, over a year later, he has shed an incredible eight stone.

He’s cut out bad carbs, fried food, salt and sugar from his diet and is doing his fair share of exercise – whether it be swimming, squash, football or weightlifting.

Both he and personal trainer Aly Mazhar have regularly been keeping fans updated on his weight loss on their respective Instagram pages.

Mazhar made fans aware of his client’s exceptional achievement through an in-depth post hailing the ex Ajax man.

“Hitting rock bottom after being recognized as an Egyptian football star and starting your coaching career, getting through surgery, changing your lifestyle and deciding to fully commit to it,” he wrote.

“Set your goal, have a plan, follow it and results will just be a matter of time. Most importantly BELIEVE in yourself, get the right support system around you and don’t listen to all the negative crap around us every single day.

“That’s will power and full dedication right there. This is the MIDO we all know. Hats off “