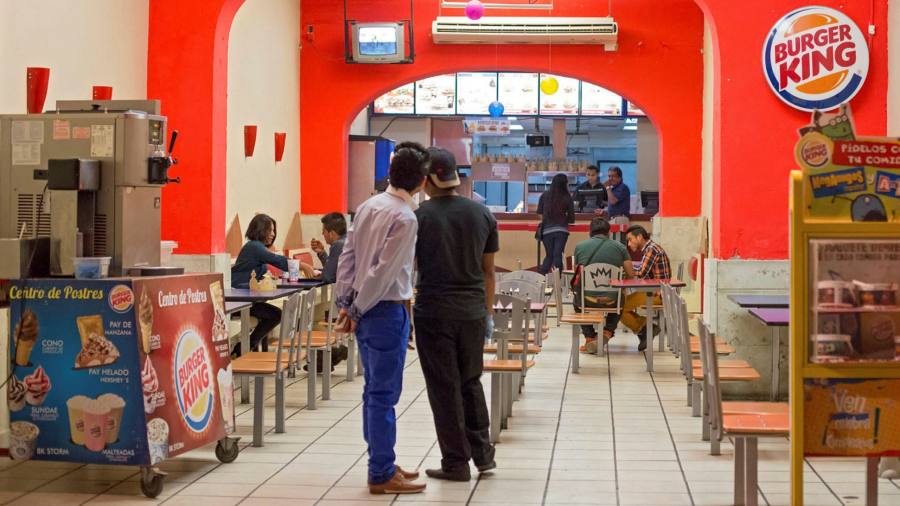 If Andrés Manuel López Obrador, Mexico’s nationalist president, had more time to watch movies, he might like to tuck into Nothing Fancy, a new documentary about one of the most passionate defenders of his country’s culinary traditions.

The film profiles Diana Kennedy, a 97-year-old Briton who has arguably done more than any other cookery writer alive to put Mexican cuisine on the map and preserve the unique ingredients and techniques of which Mr López Obrador is so proud.

It would surely strike a chord with a president who included eating corn and beans, rather than processed meals, on his folksy 10-point plan for post-Covid living in a video this month. The timing was curious: he announced his decalogue, which also urged Mexicans to be optimistic, enjoy nature and pursue the path of spirituality, two weeks before the launch of an updated version of the free-trade treaty that boosted Mexico as a prime market for US convenience food and high fructose corn syrup in the first place. The US Mexico and Canada Agreement, or USMCA, expands and replaces the North American Free Trade Agreement and comes into force on July 1.

The president’s crusade against junk food has been given a new urgency because of Covid-19, which is particularly dangerous for the nearly three-quarters of Mexicans who are overweight or obese and 16 per cent who are diabetic. But it has also intensified pressure on processed food manufacturers who are major investors in Mexico and are upset at the plans to slap warning labels screaming “too much salt”, “too high in calories” or “too much fat” on snacks and sodas later this year.

The move comes on top of investor-unfriendly decisions in other sectors, including a decision to scrap a partially built brewery owned by Constellation Brands of the US in March, as well as abrupt policy shifts in the energy sector that have put Mexico on collision course with USMCA partner companies.

The health crusade, which will begin next month and be taught in schools, conveniently overlooks the fact that Mexico exports some $22bn a year in processed food to the US, more than double the $9bn in processed food products that it buys from its biggest trading partner. That has helped create Mexican processed food powerhouses, including Bimbo, the world’s largest bakery company, and Gruma, the leading tortilla maker.

Mr López Obrador, who served mugs of hot chocolate and tamales to the country’s business elite at a dinner at the National Palace earlier this year, and who counts bean stews and a cacao and corn drink called pozol among his favourites dishes, urged Mexicans to “eat natural”. “Let’s eat well, let’s opt for what is natural, fresh and nutritious,” he said in his video. “One alternative is corn, beans, vegetables, seasonal fruit, tuna and protein from animals . . . not fattened with hormones. Let’s avoid eating so-called junk made with excess sugars, flours, salts, chemicals and fats.”

Despite Unesco recognising Mexico’s cuisine as a world heritage, US fast-food chains such as Subway, Starbucks, McDonald’s and KFC line the streets. Mexico gave the world chocolate but US companies Mars and Hershey’s are among the country’s top confectionery sellers. Mexico is also one of the biggest guzzlers of Coca-Cola while the president urges his compatriots to drink “plain water”.

Critics blame Nafta for Mexico’s obesity epidemic and Mr López Obrador’s health concerns are personal — he himself is hypertensive and had a heart attack in 2013. Yet he seems not to weigh the consequences his policies could have on trade in an increasingly integrated North America, even as he bets on USMCA to bring investment and haul Mexico out of the Covid-induced slump.

His advocacy for traditional foods is part of a wider vision to make Mexico self-sufficient. “Corn is native to our country and yet we are buying more corn than any other country in the world,” he fumed last year, blaming the policies of Carlos Salinas, the president who signed Nafta.

If the president succeeds in changing eating habits, Mexicans could do worse than to try out Ms Kennedy’s traditional techniques. “Read my books and learn, please,” she lectures in the film. “What are you going to do when I’m gone?”