November 30, 2022
Home Health News Medical experts urge US to shut down and start over as coronavirus cases surpass 4 million – CNN

At least 4,038,748 coronavirus cases and 144,304 deaths have been recorded in the United States, according to data from Johns Hopkins University. As the numbers climb, more than 150 prominent US medical experts, scientists, teachers, nurses and others have signed a letter to political leaders urging them to shut down the country and start over to contain the surging coronavirus pandemic.
“Right now we are on a path to lose more than 200,000 American lives by November 1st. Yet, in many states people can drink in bars, get a haircut, eat inside a restaurant, get a tattoo, get a massage, and do myriad other normal, pleasant, but non-essential activities,” the letter said.
Coronavirus is set to become a leading cause of death in the US, Centers for Disease Control and Prevention mortality statisticians told CNN via email Thursday.
Microsoft co-founder Bill Gates also sounded the alarm Thursday during a CNN coronavirus town hall.
“Infection rates in the US are deeply troubling because the summer, when it’s warmer, when people are outdoors more, actually it’s easier to reduce the infection than it’s going to be out in the fall,” said Gates, who is helping fund the development of coronavirus vaccine efforts through his Bill and Melinda Gates Foundation. “So we’re in a very tough situation.”

How states are handling major outbreaks

Cases are starting to plateau in the four states that have seen large increases, Dr. Deborah Birx, the White House Coronavirus Task Force coordinator, said Friday.
“We’re already starting to see some plateauing in these critical four states that have suffered under the last four weeks — so Texas, California, Arizona and Florida, those major metros and throughout their counties.” Birx said on NBC’s “Today” show.
Birx compared what’s been going on in these states to the outbreak in New York in the spring, adding “it’s very serious and it’s very real.”
A judge in Starr County, Texas, issued a shelter-at-home order until August 11. It went into effect Friday morning.
The order also encourages non-essential businesses to stop all activities that may not be provided by curbside, drive-through or take-out services.
Starr County, along the US-Mexico border, includes Rio Grande City.
States across the country are struggling with local outbreaks.
New Mexico, Hawaii and Missouri all reported records for new daily cases Thursday. 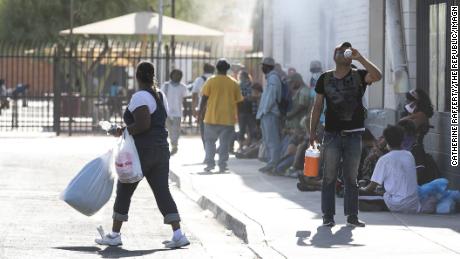 For the fourth straight day, Los Angeles County reported more than 2,000 additional confirmed cases, Health Officer Muntu Davis announced in a news briefing.
And officials in Alaska have begun isolating, monitoring and caring for 96 employees of a seafood processing plant in Seward, according to a news release from the Alaska Department of Health and Social Services. CNN has reached out to the company, OBI Seafoods, for comment.
Citing an increasing rate of transmission, Washington Gov. Jay Inslee announced the state is tightening restrictions on restaurants, bars, fitness centers, movie theaters, weddings and funerals.
“If we let the virus get even more control, it will have an even more devastating impact over the long term in our economy, and certainly in our health, and the very lives of our loved ones,” he said at a news conference.

Where the new school year stands

The resurgence in cases, and likely ongoing presence of the virus, has ignited debate about how to proceed with the new school year. 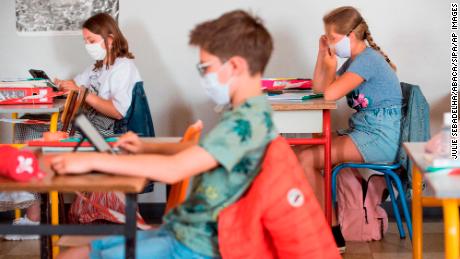 Vice President Mike Pence is in Indianapolis on Friday. He’s expected to participate in a roundtable discussion about reopening schools, according to his official schedule.
Indiana has reported almost 60,000 cases and at least 2,880 deaths.
New Mexico Gov. Michelle Lujan Grisham announced Thursday that the state will delay in-person learning through at least Labor Day as cases break records in the state.
By contrast, Tennessee Gov. Bill Lee said his state will introduce a plan to reopen schools Tuesday.
“Our kids need to be in school because kids not only academically are suffering, emotionally, mental health. … There are a number of working families who need for their children to be in school so they can continue to work. There’s a lot of reasons why schools can be and should be open. So long as we do that in a way that protects teachers and protects students at the same time we believe we can do,” Lee said.
New guidance from the CDC is strongly in favor of sending students back to the classroom, saying that available evidence shows that coronavirus does not possess as great a risk to children. With the services and instruction offered in school, the CDC guidance said virtual learning can be a disadvantage to American students.
“It can lead to severe learning loss, and the need for in-person instruction is particularly important for students with heightened behavioral needs,” the CDC statement said.

Learning more on risks to mothers and infants 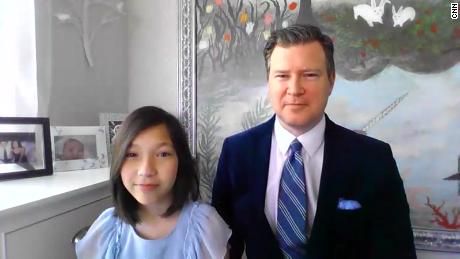 New guidance from the American Academy of Pediatrics released Wednesday said that mothers infected with the virus can safely stay in the same room as their newborns if safety measures are taken.
“What we now know is the risk of the newborn becoming infected around the time of birth is low when safety precautions are taken to protect the baby,” said lead author of the guidance Dr. Karen Puopolo in a statement. “In fact, the risk in the short-term appears to be no greater if mother and infant room-in together using infection control measures compared to physical separation of the infant in a room separate from the mother.”
A study published Thursday in The Lancet Child & Adolescent Health supported that guidance.
Researchers reported no cases of viral transmission among 120 babies born to 116 Covid-positive mothers, even when both shared a room and the mothers breastfed.