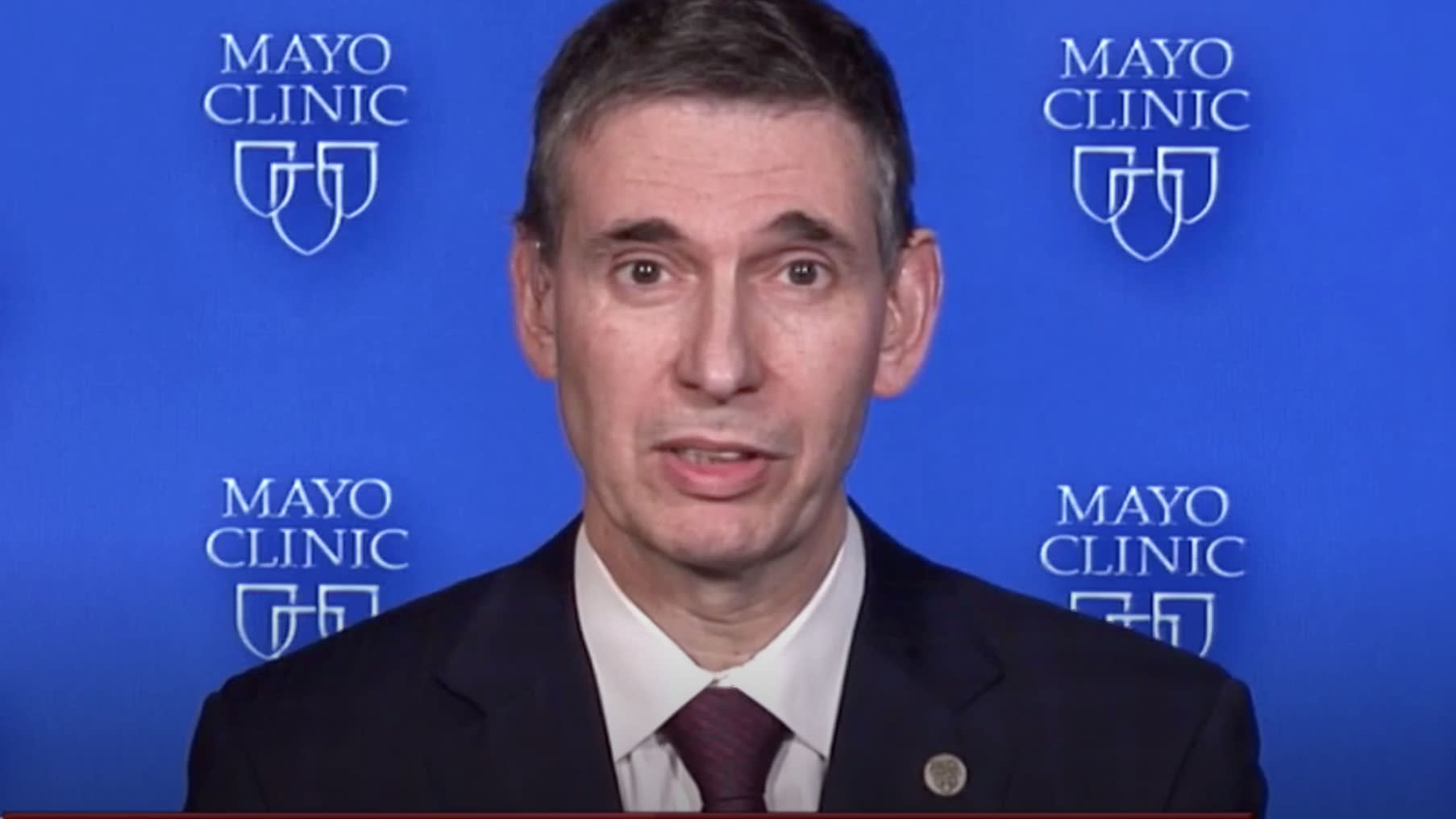 A coalition of health and industry partners is looking at convalescent plasma as a potential treatment for the coronavirus, Mayo Clinic CEO Dr. Gianrico Farrugia told CNBC on Tuesday.

“Scientists and physicians around the world are racing to find new treatments for COVID-19,” Farrugia said on “Squawk on the Street.” “The convalescent plasma initiative is one of these options.”

The Food and Drug Administration announced Friday that Mayo Clinic would be leading the initiative in testing the effectiveness of convalescent plasma in COVID-19 patients. The treatment has been around for more than 100 years and was used during the 1918 flu pandemic, Farrugia said. The FDA approved the treatment for coronavirus patients in March.

Convalescent plasma involves collecting blood plasma from someone who has recovered from COVID-19, Farrugia said. It is then transfused into someone infected with the virus in the hopes that antibodies from the recovered individual can help the person who is sick.

“Those antibodies can neutralize the virus or cause an immune response,” Farrugia said.

If the treatment proves effective, it could be used to prevent patients from getting seriously ill with the virus, Farrugia said. It could also be given to at-risk people such as health-care workers on the front lines, making them “immune from the virus for a few months,” according to Farrugia.

Mayo Clinic’s coalition, which counts the American Red Cross as a partner, now has more than 100 sites working on implementing convalescent plasma as a treatment for patients, Farrugia said.

“That really speaks about the collaboration that is needed in a pandemic like COVID-19,” he said.

Mayo Clinic also released a serology test on Monday that uses a patient’s blood to analyze antibodies and determine whether the patient has been exposed to the virus.

“We need to answer a question that has been posed many, many times: How many people in this country have been exposed, infected with COVID-19? The serology test allows us to answer that question,” Farrugia said.

The serology test has other potential uses down the line, according to Farrugia.

“If we do find that that exposure also gives you immunity, then we can also use it to determine who is now immune,” he said.

If researchers learn that exposure to the virus provides immunity and figure out how long that immunity lasts, “you can start to target populations that can go safely back to work,” Farrugia said.

Mayo Clinic is now focusing on making the serology test available on a wide scale.

Farrugia said the serology test should not replace tests already on the market, including the molecular test, which looks for evidence of an active infection.

“If you have symptoms, the right test is the molecular test,” he said.