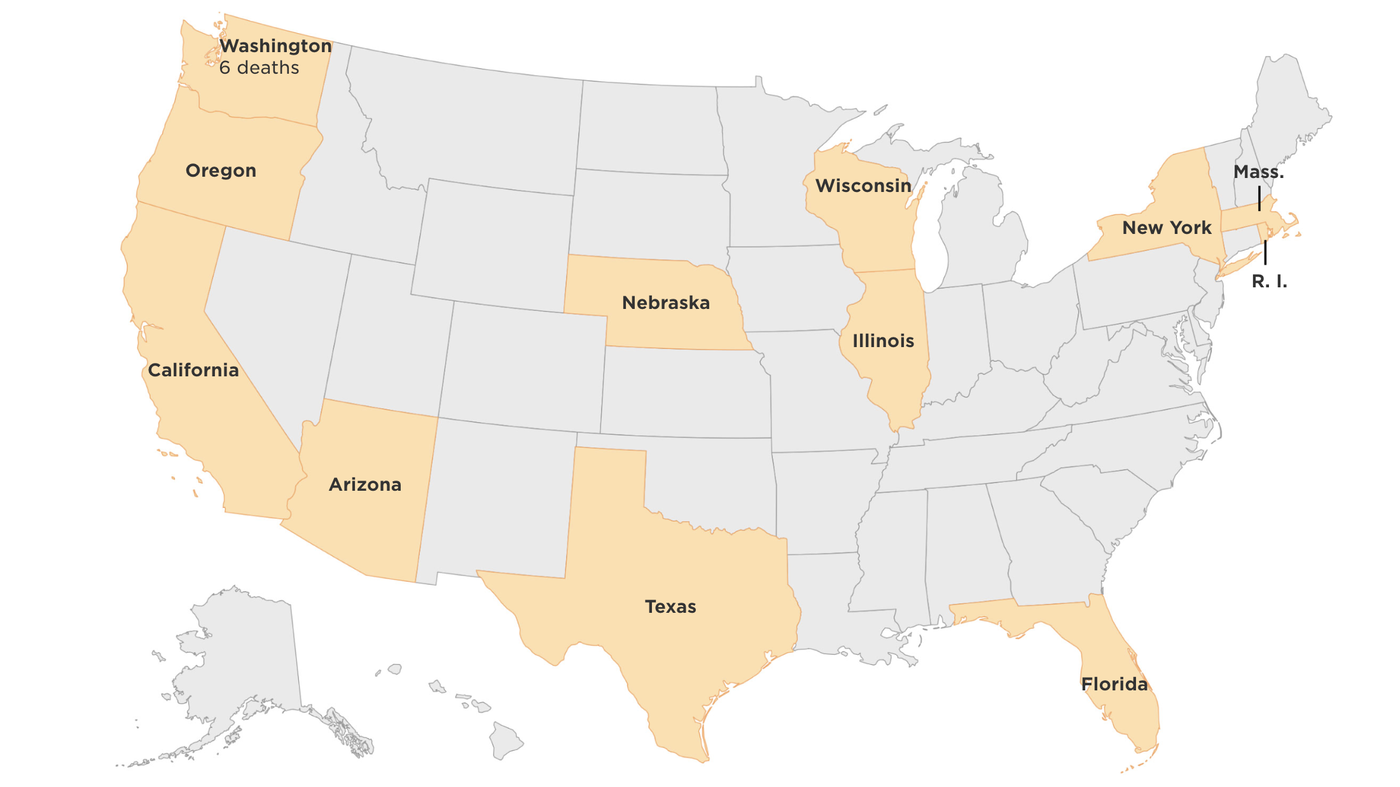 Since Jan. 21, health officials have identified nearly 100 cases of COVID-19 in the United States. The respiratory disease caused by a novel coronavirus has spread to dozens of countries and has killed thousands since it was first reported in Wuhan, China, in December.

U.S. health officials have identified and tested 43 cases of COVID-19 as of March 2. In addition, 48 cases were found among people who flew back to the U.S. on flights chartered by the U.S. State Department, including those who were aboard the Diamond Princess cruise ship, according to the U.S. Centers for Disease Control and Prevention.

To date, there have been six deaths in the U.S., including four confirmed in Washington state on Monday by local health officials.

The virus is thought to spread mostly through close contact and is more dangerous for people who have underlying health conditions, the CDC says. So far, the virus has proved more dangerous for the elderly. The CDC recommends basic precautions such as hand-washing to avoid spreading the disease, and it discourages travel to several countries with outbreaks of COVID-19 — China, Iran, Italy and South Korea.

[ad_1] I watch, transfixed, as brilliant saffron yellow swirls into creamy white. Then I …