A local mother is sharing her story to raise awareness for Breast Cancer Awareness month, a time for women of all ages to take preventative action.

More than two years ago, 32-year-old Abigail Valletta and her then-unborn child endured a breast cancer battle together. It caught Valletta by surprise while taking a shower and doing a self-breast check. She felt a lump, which she knew was unusual at her age and just 14 weeks into pregnancy. 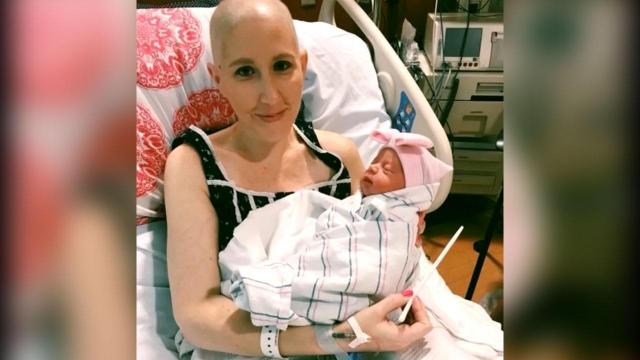 According to the National Institutes of Health, breast cancer affects approximately 1 in 3,000 pregnant women. It is the second most common malignancy affecting pregnancy.

After discovering the lump, Valletta reached out to her doctors. She said their first reaction was that it may be simply due to changes in pregnancy.

“Because of my age and because I was pregnant, that’s what we all wanted to believe,” said Valletta. “I asked for an ultrasound just to reassure myself.” 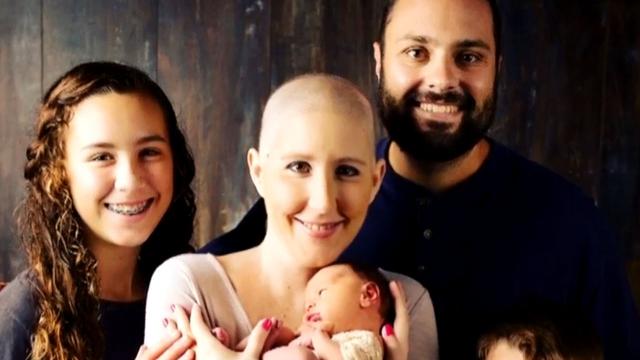 The result was the discovery of invasive ductal triple-negative breast cancer. Tests revealed it was due to a BRCA-1 gene mutation. The mutation places women, and sometimes even men, at higher risk for breast cancer.

“We knew that my grandparents had a history of breast cancer, but we didn’t know about the gene mutation,” said Valletta.

The fast-growing tumor was caught early, in stage 2. Valletta had a good chance of beating the cancer, but she and her unborn daughter would endure chemotherapy and, later, a double mastectomy.

Valletta also sought assistance through “Hope for Two” which offers free support for women diagnosed with cancer while pregnant.

Despite receiving chemotherapy, her daughter Madelyn was born unharmed.

“She was born full term at 37 weeks. She had more hair than I had when she was born,” laughed Valletta, who spent much of her pregnancy bald due to the side effects of chemotherapy.

As a nurse and lactation consultant, Valletta was aware of a Facebook page for Triangle Milk Share, a group that connects moms in need of donor breast milk to mothers with an oversupply of milk.

Valletta said her milk donors were all screened through WakeMed’s Milk Bank so she was confident that the donated supply was safe.

“They fed Madelyn for 15 months when I was not able to. My other two children (now 10 and 12) were breast fed, and that was something that was very important to me,” said Valletta.

Valletta believes it was that moment in the shower and pushing for answers that saved her life and Madelyn’s. She recommends that all women, even many in their teens, perform regular self-breast at the same time each month.

[ad_1] Once immunity is widespread in adults, the virus rampaging across the world will …