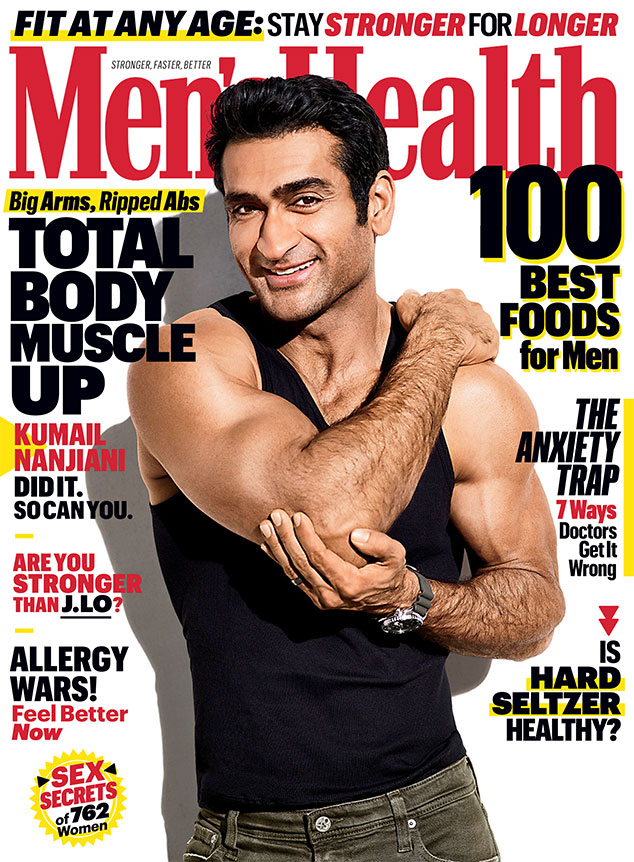 Kumail Nanjiani‘s eyes were playing tricks on him.

Back in December, the Oscar-nominated Big Sick star unveiled a dramatic physical transformation that still have people talking. The actor, who is set to star in the upcoming Marvel film, The Eternals, as Kingo, revealed his ripped physique in shirtless shots on Instagram.

In the caption, Najiani noted he spent a full year training to get into that muscular physical shape and explained, “I would not have been able to do this if I didn’t have a full year with the best trainers and nutritionists paid for by the biggest studio in the world. I’m glad I look like this, but I also understand why I never did before. It would have been impossible without these resources and time.”

Now, in a newly published interview with Men’s Health, the actor further shared what exactly it took for such a transformation, from keeping such a strict diet that eating some toffee pudding spurred “12 hours of physical pain” to electric shocks in his biceps to keep building muscle in addition to workouts at various times of the day.

“I realized, if this is what working out is, I’ve never really worked out a moment in my life,” he told the magazine.

However, as the results of his labor came to life, Nanjiani wasn’t exactly seeing clearly.

“I don’t want to discount people who genuinely have debilitating body issues,” he told the magazine. “I don’t have that. But I did start getting some body dysmorphia. I’d look in the mirror and I’d see my abs—and when I looked again, they would fade. I would just see the flaws.”

But, “when I saw that reaction [to the photos] was when I was like, ‘Okay, I clearly don’t see what’s actually there,'” he explained. “It’s something that I’m trying to be aware of and be better at, because that’s not a good way to be. You want to be easy on yourself.”

Still, the star also wants to maintain his healthier lifestyle. “This is a key time to establish how it’s going to be going forward,” he told Men’s Health. “Because it could very easily go back to how things were. And I can’t do that.”