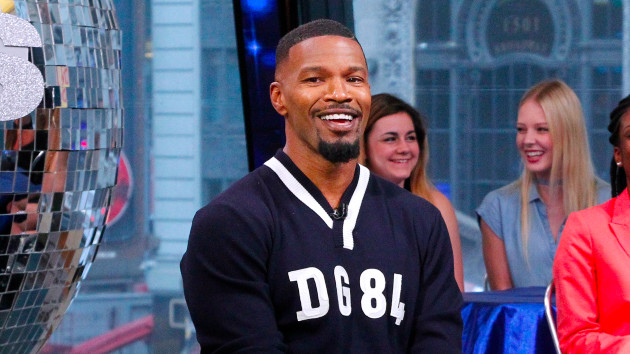 (LOS ANGELES) — Jamie Foxx is looking very different these days.  The actor is undergoing a complete body transformation for his next movie role, a biopic about Mike Tyson.

The 53-year-old chatted about his new physique when joining Mark Birnbaum Wednesday on Instagram Live.

Foxx prefaced that accepting the role took some thought, touching upon his reluctance to get involved in another biographical film after portraying Ray Charles in the 2004 movie Ray, of which won him the Oscar for Best Actor.

“Doing biographies is a tough thing,” he explained to the restauranteur. “Sometimes it takes 20 years to get them done.”  Thankfully, when it comes to the upcoming Tyson flick, “We officially got the real ball rolling.”

For Foxx, that means he’s been hitting the gym pretty hard in order to develop those bulging upper body muscles. “Every other day I do 60 pull ups, we do 60 dips, we do 100 pushups — it’s changing the body,” The Django Unchained star dished before referencing his lower half.

“I ain’t got no legs,” He confessed. “I ain’t got no calf muscles, so we might have to get some prosthetics for that.”  Foxx also jokingly floated the possibility of shooting the biopic only from the waist up.

After proudly flashing a photo of his current progress, where Birnbaum praised him for looking like a young Mike Tyson, Foxx admitted he still has ways to go.

The Oscar winner revealed that he needs to tip the scales at 216 to 235 pounds when they start shooting, but confidently added “We on our way.”

Overall, Foxx is excited to shine a new light on the boxing champion. “We want to show everybody evolves,” he said. “I think everybody from young and old will be able to understand this man’s journey.”

[ad_1] All of us are always conscious about keeping a check on our weight; …