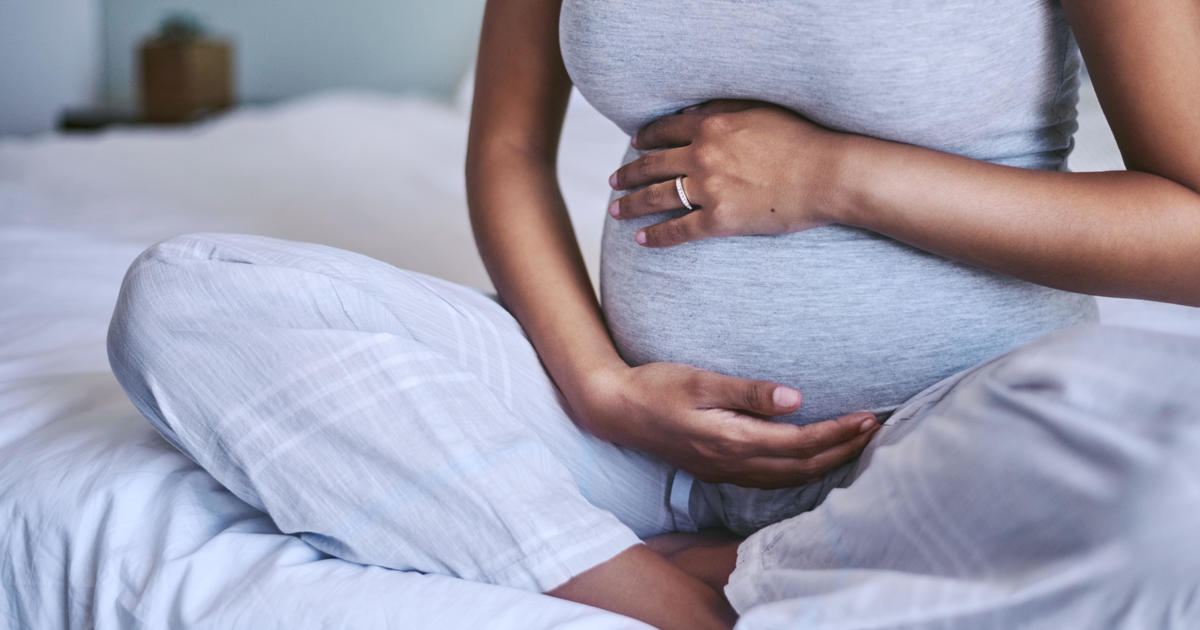 Anna Jackman was six months pregnant when COVID-19 hit. The 36-year-old Long Island resident had made plans for welcoming her first child. Plans for her sister and husband to attend the delivery, plans for a doula to be with her, plans for how she wanted the birth to go. “I had the natural concerns as a Black woman,” she told CBS News. “Am I going to be pressured into certain things? Am I going to be protected?”

But the pandemic disrupted Jackman’s plans, just as it has for thousands of pregnant women across the United States. Jackman feared contracting the virus, but she was also concerned that the burden of the virus would compromise the care she received during pregnancy and delivery. Jackman delivered her baby in June after spending months considering the potential worst-case scenario.

“Before I went into the hospital, I told my husband, ‘please don’t let them kill me,'” she said. “I had a really big fear of dying.”

The CDC estimates that 60% of those deaths were preventable. The data also shows clear racial disparities: Black women are three to four times more likely to die from pregnancy- and childbirth-related causes than white women.

Black families and communities have long been working to make pregnancy and birth safe and joyful experiences. But could the pandemic put them at an even higher risk?

“Many of the reasons that are cited for the higher Black maternal mortality rate and the higher rate of COVID-19 in the Black community are the same,” said Dr. Heather Irobunda, an OB-GYN at NYC Health + Hospitals/North Central Bronx. “The core of these reasons stem from systemic racism that lead to higher rates of underlying disease like hypertension or diabetes, which can increase the risk of death not only from COVID-19 but also pregnancy-related deaths.”

“In addition, there are concerns about implicit bias and its impact on health care delivery, especially in Black moms.”

Physicians worry that patients will “fall through the cracks” between virtual visits. Expectant parents worry about contracting COVID, birthing alone, and raising a newborn in isolation. Could these factors contribute to even more preventable deaths?

“It was frustrating to have to go alone”

Stefani, a 30-year-old from North Carolina who delivered identical twin boys on April 22, said being pregnant during the pandemic felt lonely and confusing at times. Stefani asked to only be identified by her first name.

“My husband attended every single appointment with me up until I was about 30 weeks, which is when I was told he could no longer accompany me because of the virus,” she said. “It was frustrating to have to go alone considering how difficult it was for me to even walk independently the bigger I got, and it was really lonely having to go through the longer appointments and testing without him.”

Stefani said some of the rotating providers at her OB-GYN practice didn’t explain things thoroughly and dismissed worrying symptoms like high blood pressure and severe leg swelling. During her 34-week appointment, a physician sent Stefani directly to the hospital after reviewing her chart and symptoms. She was diagnosed with severe preeclampsia and induced that day; her husband was present when she delivered one twin vaginally and the second through a cesarean birth. Her family is now safely at home together, but Stefani said she’s still mourning the delivery and recovery she thought she would have—surrounded by family and support.

“Throughout my pregnancy, I stressed out about how I was going to survive having twins,” she said. “When the pandemic took away any chance of my family members coming to help, I cried almost every day.”

“I worry about my patients all the time”

Moving in-person appointments to telehealth visits affects the communication between patients and doctors. “I worry about my patients all the time,” said Dr. Carol Major, an OB-GYN and maternal-fetal medicine expert in Orange, California. Major specializes in high-risk pregnancies, monitors moms with health conditions like hypertension, diabetes, and mental illnesses.

Major asks patients to do what they can at home, like testing their sugar levels or blood pressure. “But it’s not the same as actually seeing them in person, because sometimes there’s just a feeling about a person as you get to know them,” she said. “Sometimes I think, ‘they don’t look right.’ And I worry I can’t appreciate that over the phone.”

For families who can’t access telehealth services, fear of contracting COVID-19 may prevent them from seeking care entirely. Dr. Charlene Collier, an OB-GYN in Jackson, Mississippi, said this will likely affect rural families who live hours from their nearest provider. “We don’t know how many are out there who are not coming in, or who are missing appointments because of this,” she said. She knows that patients worry about ever-changing hospital policies, like requiring moms to birth alone or separating moms from their infants. “Women fear that they are asymptomatic with COVID, and they will be separated from their baby,” she said.

The anxiety and fear around birthing during COVID is affecting families’ mental health, too. “Clients are feeling increased stress, isolation, and mourning the delivery they envisioned,” Saleemah McNeil, a reproductive psychotherapist and birth doula at the Oshun Family Center in Philadelphia, told CBS News. Plus, parents feel cut off from their wider support networks. McNeil said her practice has received so many inquiries about postpartum mood disorder support during the pandemic that they have hired additional therapists to meet community needs.

Due to the pandemic, some moms had to give birth without their partner or a support person. Jawanza Keita and his fiancee, Amelia, welcomed their third child on April 5. Amelia, a Philadelphia-based educator who asked to only be identified by her first name, told CBS News that OB appointments felt “slightly impersonal,” noting that it was difficult to really connect with masked providers. “With an obvious concern for health and safety, the appointments were direct and matter-of-fact in nature, lasting no longer than the time required to complete all the questions, exams and procedures,” she said.

Hospital guidelines allowed one support person to be with Amelia, but if Keita was with her, someone else would have to watch their 5- and 3-year-old children—and potentially expose them to COVID. They made the difficult decision for Keita to remain with their kids while Amelia delivered alone. The two communicated over video. “All I could see on the camera’s screen were the white walls and ceiling of the room,” he said. He heard the baby’s first cry over the phone.

After delivery, Amelia experienced serious postpartum bleeding—”passing blood clots larger than the palms of the nurse’s hand.” On the other end of the line, Keita felt helpless while medical staff manually swept her uterus and resolved the problem. “I was in a haze of uncertainty,” he said. “Under normal circumstances, I feel people who are sick or being treated should have an advocate. An advocate can help ensure clear communication, compassion and good decision-making. But I wasn’t there. I could neither protect nor advocate for her.”

“We’re trying to answer a lot of questions”

Physicians don’t know for sure yet how COVID-19 will affect the numbers of moms and babies who die. But they do know that the pandemic has made birth and recovery a scarier, lonelier place for so many families. COVID-19 disproportionately affects people of color, and it may well affect Black maternal mortality rates, too.

“We’re trying to answer a lot of questions,” Collier said. “Maybe we can, hopefully, a year from now when everything is behind us. But it’s all still unfolding.”