Four months into one of the largest medical emergencies in United States history, President Donald Trump announced a goal to develop 300 million doses of COVID-19 vaccine by January, enough to protect most Americans.

Charged with this task was Operation Warp Speed, a newly-created program to tie together all major U.S. federal, medical and oversight entities, and the military, into one massive coordinated push for a vaccine and treatments.

However, how the operation functions, its budget, what power it has and what resources it controls have either not been determined or not been made public, a puzzlement to public health and vaccine policy experts.

The hope is that Operation Warp Speed will provide crucial coordination between government entities, create clear lines of responsibility and control, streamline funding and focus work, speeding the timeline.

The fear is it might politicize scientific and logistical processes under an administration that has at times been disdainful of science and its experts, potentially slowing work on a vaccine. 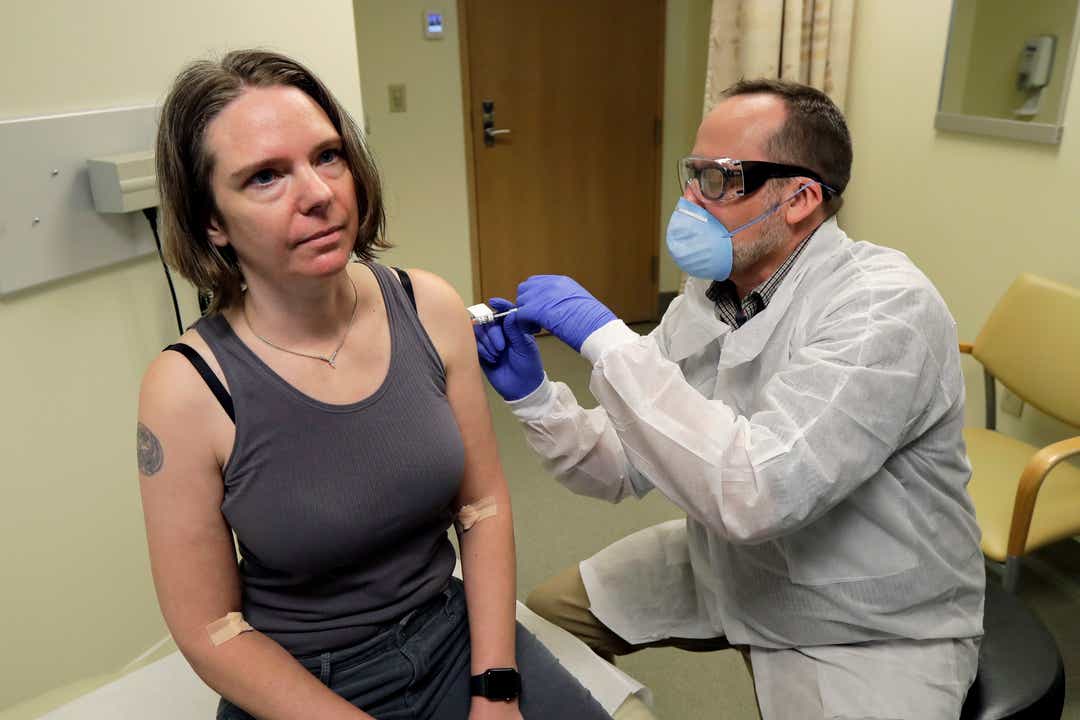 “We just need to ensure that decisions are made thoughtfully and in an apolitical manner so as to not undermine the existing structures and expertise in place to keep vaccines safe,” said Lois Privor-Dumm, policy director at the International Vaccine Access Center at Johns Hopkins Bloomberg School of Public Health.

The creation of the project underscores the president’s penchant for keeping a firm grip on the experts and bureaucrats coordinating his response, even as he has battled publicly with Health and Human Services Secretary Alex Azar, Centers for Disease Control and Prevention director Robert Redfield and others.

Experts agree facilitation is necessary to bring the combined might of the U.S. academic, medical and pharmaceutical realms to bear on creating a COVID-19 vaccine — the prerequisite for life to return to normal.

That oversight must come from outside the existing agencies, said Dr. Margaret Hamburg, current foreign secretary for the U.S. National Academy of Medicine and the commissioner of the U.S. Food and Drug Administration from 2009 to 2015.

“Any one agency can’t direct sister agencies to do things, can’t knock heads together as required, can’t rise above to see what the landscape looks like and make sure all the different components are being adequately utilized and held accountable,” she said.

Many questions, so far few answers

A week in, the operation made its first announcement — as much as $1.2 billion had been pledged to accelerate a possible vaccine developed at the University of Oxford in England and licensed by AstraZeneca. Azar called the contract “a major milestone in Operation Warp Speed’s work toward a safe, effective, widely available vaccine by 2021.”

Yet as an example of the lack of transparency, few details about the deal are available beyond those in a news release issued Thursday. The agreement was with the United States’ Biomedical Advanced Research and Development Authority (BARDA), one of the federal programs whose COVID-19 responsibilities now seem to be under the wing of the operation.

Whether the actual agreement was coordinated or organized through Warp Speed wasn’t clarified. Emails and calls to Health and Human Services were not answered. Operation Warp Speed does not appear to have its own media contact.

The White House did not answer questions about reports Trump’s son-in-law and senior adviser Jared Kushner and his top trade and manufacturing adviser Peter Navarro are helping to lead the effort. Both have promoted partnerships between government and private industry to address challenges facing the nation. Neither has prior experience with public health crises.

What is known about the framework and leadership of the program comes from a release posted on the HHS website on May 15 and a news conference held with Trump in the White House Rose Garden the same day.

There he introduced Warp Speed’s chief advisor, Moncef Slaoui, an expert in molecular biology and immunology who has spent his career developing vaccines and working in pharmaceutical companies. 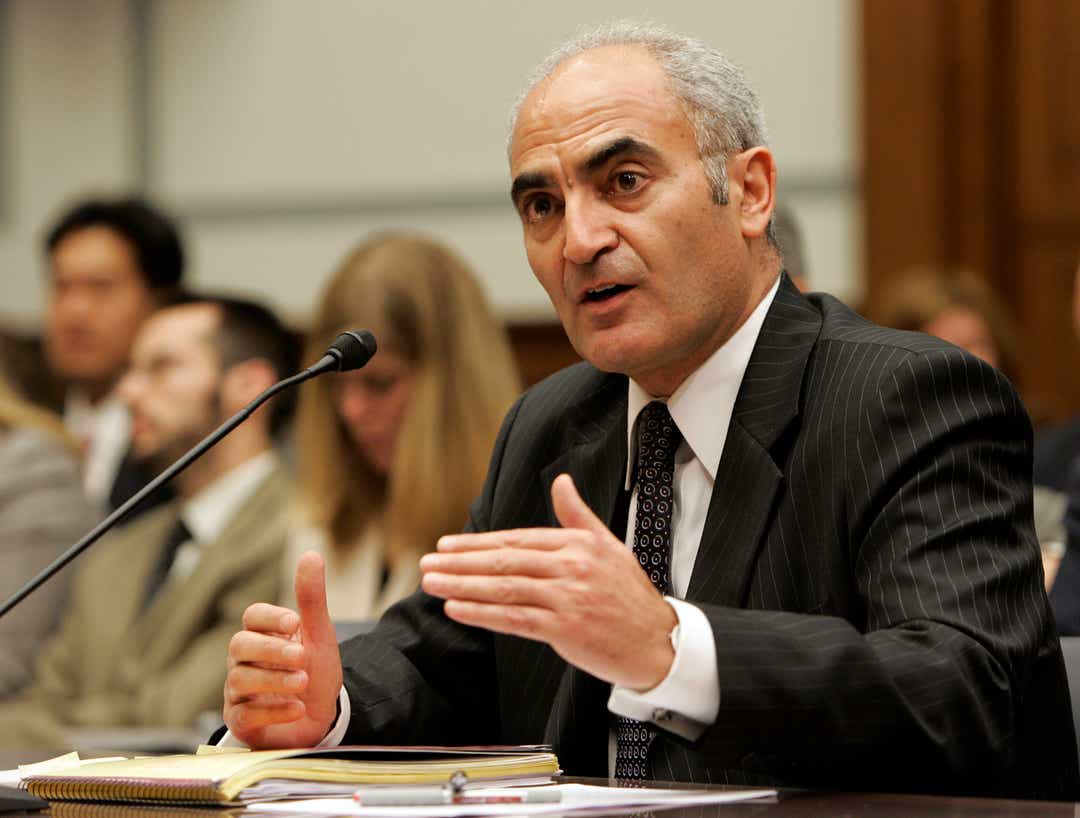 On the logistics side will be four-star Army General Gustave Perna who will serve as the chief operating officer. Perna is the commanding general at U.S. Army Materiel Command in Huntsville, Alabama.

Slaoui and Perna may make a great team because Slaoui understands complex research ecosystems and Perna knows how to galvanize big operations and deal with logistical concerns, said Hamburg.

“I just hope the politicians will get out of the way and let them do their work,” she said.

One worry is Slaoui’s lack of government experience, said Dr. Andrew Pavia, chief of pediatric infectious diseases at the University of Utah School of Medicine.

Anything that involves all of government has many pieces that need to mesh smoothly. That’s difficult even for somebody with years of government leadership experience, said Pavia, who has served on the board of the Infectious Disease Society of America and as a member of the National Vaccine Advisory Committee.

Coming from industry, Pavia fears Slaoui may not have a deep understanding of how BARDA, CDC, the FDA, the National Institutes of Health and the Department of Defense work together.

“He is smart and capable but there needs to be a clear set of guidelines in government. That has often not been the case,” he said.

Warp Speed has so far identified 14 COVID-19 vaccine possibilities. It will select the eight most promising and provide coordinated government support for their development and testing in early stage small clinical trials. Large-scale randomized trials will proceed in three to five of them.

As of Thursday, four vaccine coronavirus candidates had received major funding by the U.S. government:

Whether these four that have been funded represent the semi-finalists is not known.

Operation Warp Speed appears to have access to substantial resources. Congress has directed almost $10 billion through supplemental funding, including the CARES Act. In addition, over $6.5billion was designated for countermeasure development through BARDA and $3 billion for NIH research. 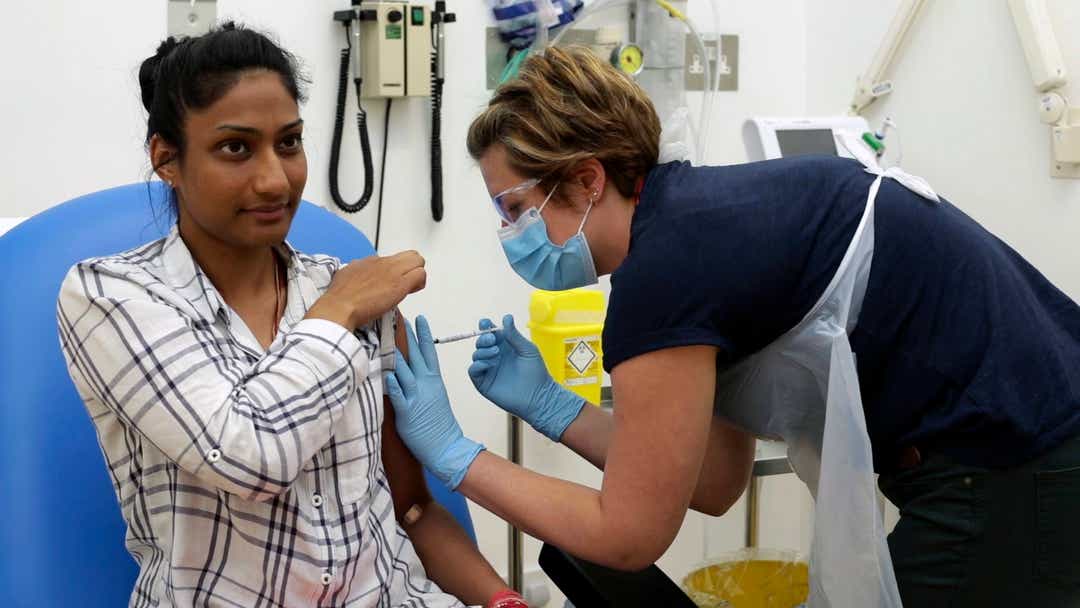 How Warp Speed fits into those agencies usual distribution systems isn’t known. Will it have the ability to designate which contracts are signed or which projects are funded, or will it merely make suggestions?

Given the vast number of bureaucratic and organization systems these represent, how “in charge” Slaoui will be is of concern to some.

His role is officially “chief advisor,” said Dr. Harvey Fineberg, an expert on health policy and vaccines, current president of the non-profit Gordon and Betty Moore Foundation and former president of the National Academy of Medicine.

He called the appointment a solid step in the direction of creating a unified command structure but noted that Slaoui’s scope of authority and range of responsibility are unclear.

“Is he advisor to the president, to the vice president, to the secretary of Health and Human Services or to whom? Ulysses Grant was not ‘chief advisor’ to President Lincoln; he was general-in-chief and commander of the Union Army,” said Fineberg.

There is also concern over the ability of the Warp Speed program to avoid bureaucratic quagmires in the midst of an effort that will require the work of some of the top minds in science.

“You need to recruit the best and brightest in the field and give them some flexibility to act on their own initiative. We have to trust them to find the best way to get from A to B and not micromanage,” said Kendall Hoyt, a professor at the Geisel School of Medicine at Dartmouth College where she studies biomedical research and development strategy.

Trump in his speech introducing Operation Warp Speed likened it to World War II’s Manhattan Project, which brought together military, public and private organizations to create the atomic bomb.

Warp Speed will be run by a mix of scientists, regulators and the military, with the presumption that only the U.S. military will have the capability to rapidly distribute and deploy a vaccine or vaccines once they are available.

When the project was announced last week, the vaccine development portion of the operation was to be overseen by Dr. Peter Marks, who directs the FDA’s Center for Drug Evaluation and Research. As of Friday he has transitioned out of that role and back to the FDA after helping to set up the initial infrastructure for Operation Warp Speed, FDA said.

On the Department of Defense vaccine side, Dr. Matt Hepburn, project lead for the office for Chemical, Biological Radiological and Nuclear Defense, will be the subject matter expert.

How the program will interface with the White House Coronavirus Task Force, led by Vice President Mike Pence, is not entirely clear.

Ideally, Warp Speed will leverage expertise that has gone underutilized during the epidemic, say some experts.

What about the CDC?

Historically, the public health face of a crisis of this magnitude would have been the CDC, but it has largely been sidelined in coronavirus. Last weekend Navarro, director of the Office of Trade and Manufacturing Policy and Trump’s coordinator on the use of the National Defense Production Act, leveled scathing criticisms at the CDC on NBC News’ “Meet the Press.”

“They have thousands of person-years of expertise and it seems that they’ve been marginalized,” said Glenn Melnick, a professor of health economics at the University of Southern California.

The agency that normally would have played a major role in developing a vaccine is HHS’ Biomedical Advanced Research and Development Authority, created in 2006 under President George W. Bush to find and develop countermeasures to first bioterrorism and later epidemics and emerging diseases.

It had a political setback when its head of vaccines, Rick Bright, was removed from his position after he opposed the use of chloroquine and hydroxychloroquine – drugs touted by Trump and others in the administration – due to the serious risks associated with taking them.

Both CDC and BARDA are part of the White House Task Force and now Warp Speed, but have not played as large a role as they have in previous public health crises such as the H1N1 influenza, Ebola and Zika.

Also unanswered is how Operation Warp Speed will work with the at least two other large-scale public/private consortia created in the past three months to focus efforts on COVID-19 vaccine and treatments.

On April 17 the NIH launched the Accelerating COVID-19 Therapeutic Interventions and Vaccines (ACTIV) public-private partnership. It includes biopharmaceutical companies, the HHS Office of the Assistant Secretary for Preparedness and Response, the CDC, the FDA and the European Medicines Agency.

Its stated goal is to coordinate regulatory processes, create a framework for prioritizing vaccine and drug candidates and streamline clinical trials.

On March 10 the COVID-19 Therapeutics Accelerator was launched by two of the world’s largest health non-profits, the Bill & Melinda Gates Foundation and England’s Wellcome Trust together with the Mastercard Impact Fund. The Accelerator, with $125 million in seed funding, is committed to coordinating research and development efforts for COVID-19 therapies.

Most experts interviewed said they had hope for a vaccine and were pleased a high-level  group was working to cut through red tape and speed the process as much as possible.

The note of caution they all raised was concern that pressure to have a vaccine ready to use within the president’s proposed timeline will either cause corners to be cut or make Americans worry that corners had be cut. Either could contribute to distrust of vaccines overall.

“Any misstep risks eroding confidence in vaccines that could have lasting implications,” said Privor-Dumm at Johns Hopkins Bloomberg School of Public Health.

In the end, the ability to meet the Trump’s desired deadline will depend on the biology of the virus as well as how much authority Slaoui is given and how much control he has over the resources available to him, said Fineberg.

“The first element for success is to establish a unified command structure,” he said. “The appointments of Dr. Slaoui and General Perna are a step in this direction.”

[ad_1] The New York Times The Capitol Police Had One Mission. Now the Force …