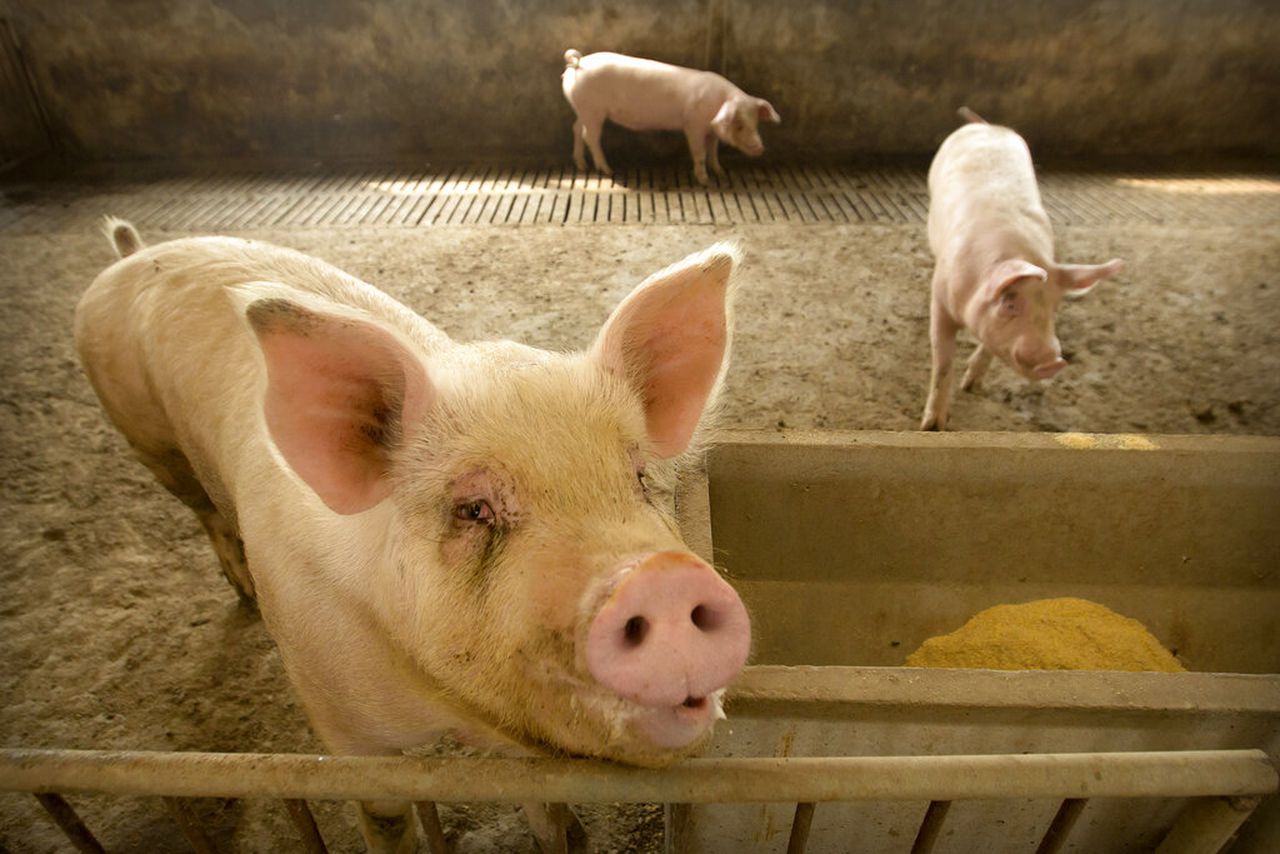 Researchers are monitoring a new flu strain that has emerged in China, which they say has the features of a “candidate pandemic virus.”

While experts say there is no cause for alarm at this point, a recent study in the U.S. scientific journal PNAS said, “G4 viruses have all the essential hallmarks of a candidate pandemic virus.”

Pigs are incubators for the flu — or “mixing vessels,” as the researchers put it — allowing them to generate pandemic-level flu viruses.

Some pig farm workers — about 10% of those studied — turned up positive for antibodies for the new flu strain, but didn’t fall ill because the virus is still unable to cause disease.

“I think the concern is, it is adapting better to being in humans,” Cennimo said.

Such an ability to establish infection “greatly enhances the opportunity for virus adaptation in humans and raises concerns for the possible generation of pandemic viruses,” the study said.

But Cennimo emphasized there is no reason to panic.

“I think the concern is more academic,” he said. “This is not raising a health alert or anything else.”

If the strain developed into a communicable disease, that’s when the alarm bells would ring.

“You’d be worried if these pig farmers were actually getting sick” and then transmitting it to others, Cennimo said.

That remains a concern, the researchers said in the study.

A pandemic from a new flu strain would magnify the coronavirus pandemic, which has shown no signs of slowing in the U.S. In fact, the crisis has only been ramping up in recent weeks in states throughout the country, especially in the southern and western regions.

Only time will tell what the new flu strain develops into. Health experts are continuing to monitor the situation in China.

The study said, “close monitoring in human populations, especially the workers in (the) swine industry, should be urgently implemented.”

Though the situation is still being investigated, Patty Olinger, an infectious disease expert, said the study has caught the attention of health experts around the country and the globe.

“It’s one of the reports you really pay attention to…” said Olinger, who is also the executive director of the Global Biorisk Advisory Council. “When we see these events, when there is a jump from one species to another, you start paying attention.”

She said whenever you see a novel virus that “has at least made it to humans but hasn’t caused disease, it makes you pause and take a look at it.”

But even if the new strain ends up being harmless, Cennimo said just a moderately severe flu season could disrupt the health care system amid the ongoing coronavirus pandemic.

Experts call it surge capacity, and a moderate flu season could spell disaster for hospitals in the state still coping with COVID-19.

Get the latest updates right in your inbox. Subscribe to NJ.com’s newsletters.

[ad_1] Now, more than ever, is an important time to keep your immune system …