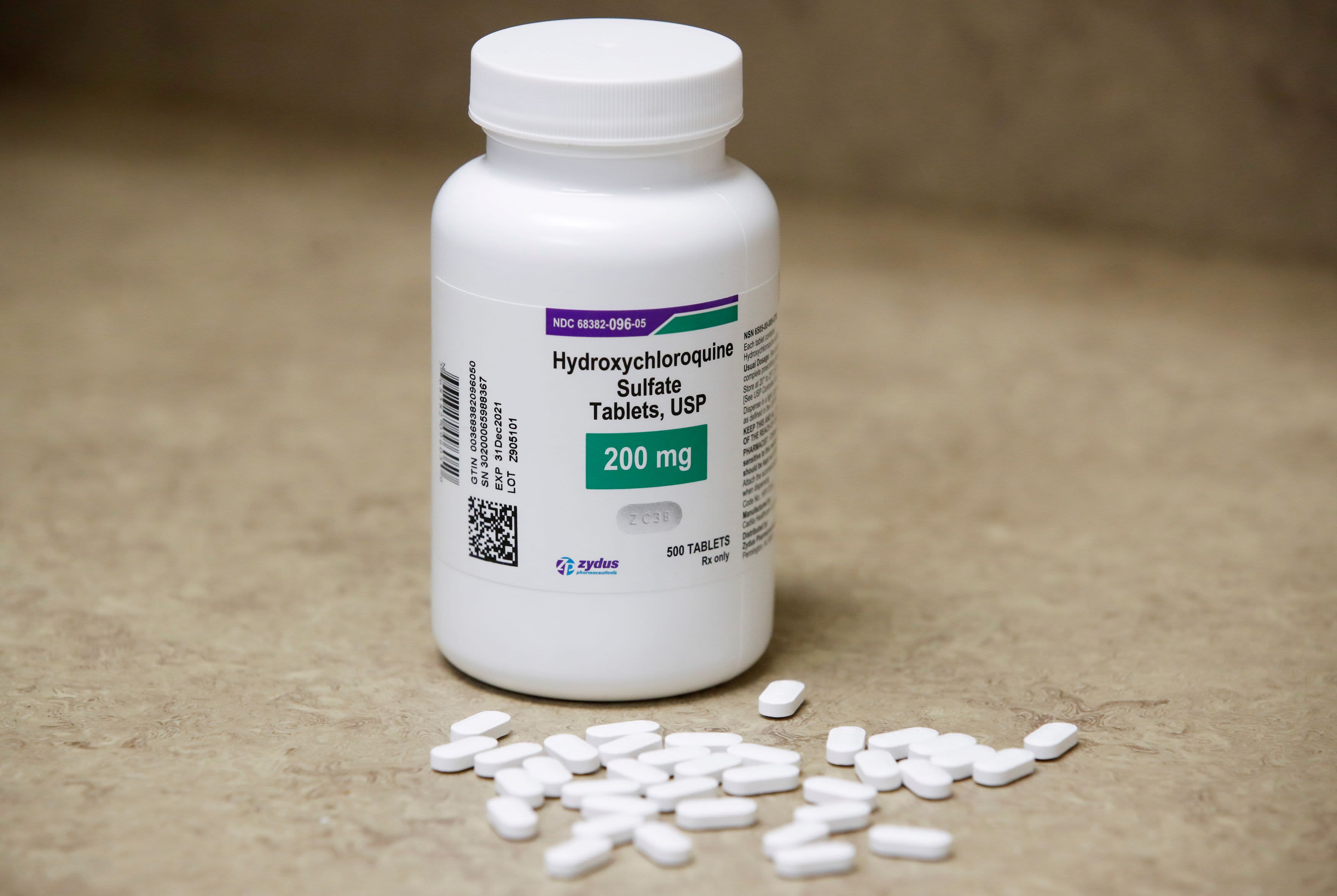 The drug hydroxychloroquine, pushed by U.S. President Donald Trump and others in recent months as a possible treatment to people infected with the coronavirus disease (COVID-19), is displayed at the Rock Canyon Pharmacy in Provo, Utah, May 27, 2020.

U.S. prescriptions for malaria drug hydroxychloroquine surged nearly 2,000% in March when President Donald Trump first promoted the drug as a potential treatment for the coronavirus, according to a new study published in JAMA.

During the week of March 15 to March 21, there were 45,858 short-term prescription fills for hydroxychloroquine and chloroquine, compared to 2,208 in 2019, according to researchers at Brigham and Women’s Hospital and Harvard Medical School whose findings were published Thursday.

The researchers said 28-to-60 day and 61-plus day prescriptions generally used by people with chronic conditions like Lupus jumped 179% and 182%, respectively, during that week. They said overall there were 483,425 excess prescriptions fills of hydroxychloroquine and chloroquine in the 10 weeks from Feb. 16 to April 25 examined by the study.

The findings come a week after a study published in medical journal The Lancet found that hospitalized Covid-19 patients treated with hydroxychloroquine had a higher risk of death than those who didn’t take it.

Patients who took the drug or chloroquine, which hydroxychloroquine is derived from, were also more likely to develop irregular heart rhythms, according to the study, which looked at more than 96,000 patients from 671 hospitals across six continents.

Trump first mentioned the drug during a White House press briefing on March 19 and has touted the drug ever since.

Earlier this month, Trump said he has been taking hydroxychloroquine daily for over a week to prevent infection from the coronavirus despite warnings from the Food and Drug Administration that it may cause serious heart issues.

Hydroxychloroquine is also often used by doctors to treat rheumatoid arthritis and lupus. Numerous clinical trials are looking to see if it’s effective in fighting the coronavirus, but it is not a proven treatment.

Hydroxychloroquine is known to have serious side effects, including muscle weakness and heart arrhythmia. A small study in Brazil was halted for safety reasons after coronavirus patients taking chloroquine developed arrhythmia, including some who died.

France said Wednesday it banned the use of the potential treatment. On Monday, the World Health Organization said it temporarily suspended its trial of hydroxycholoroquine over safety concerns.

The researchers said they used U.S. pharmacy data from 58,332 chains, independent and mail-order pharmacies across more than 14,000 zip codes in all 50 states.