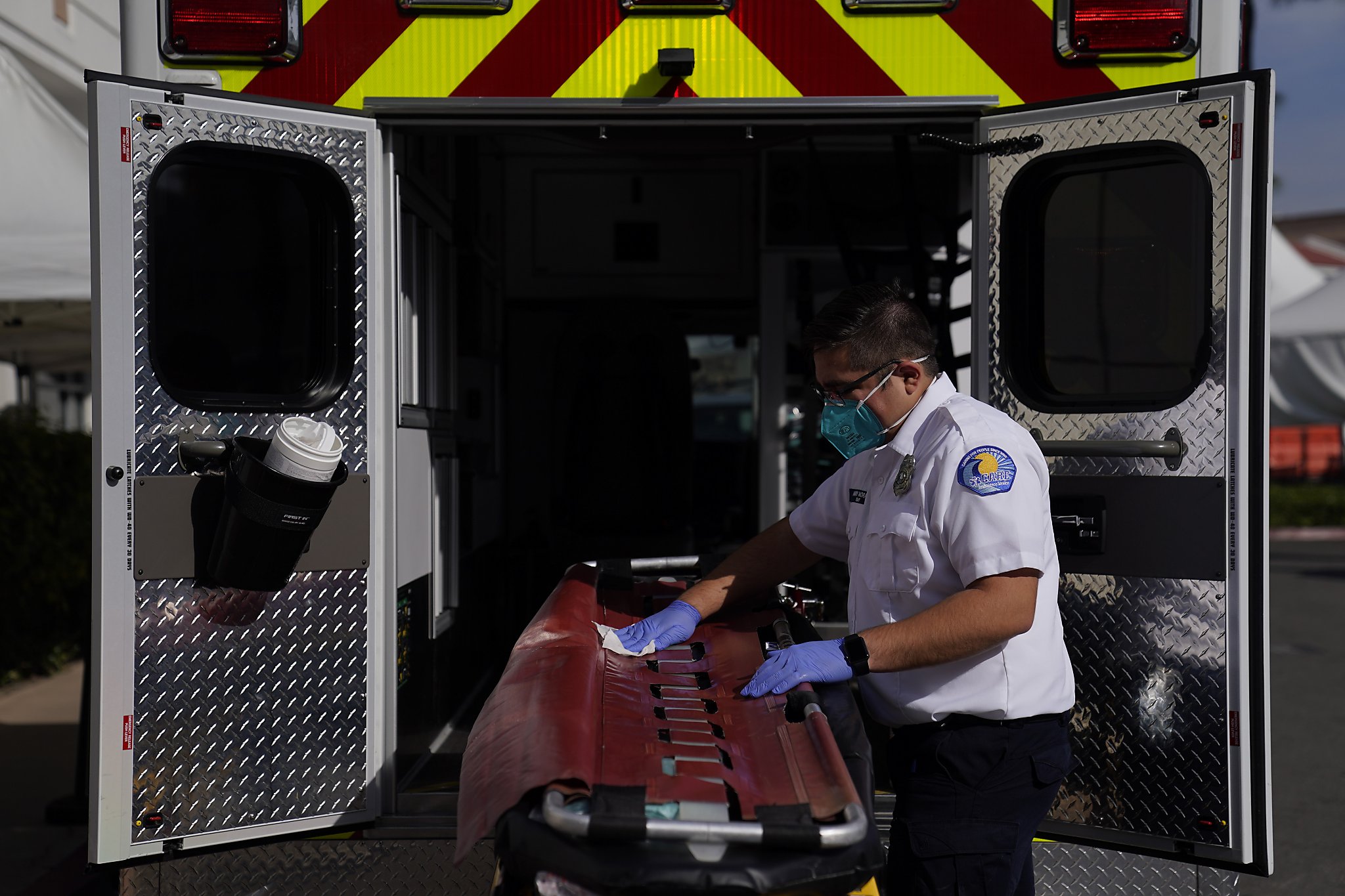 California health officials are loosening the guidelines on who can get vaccinated against the coronavirus now — potentially quickening the pace of vaccinations while also opening the door to ethical and logistical questions about how to do so in a fair and orderly way.

The move came as public health experts and others debate how to get more “shots in arms” in California and across the country as vaccinations continued to lag expectations this week and a surge in cases and deaths threatened to overwhelm hospitals.

On Friday, President-elect Joe Biden’s transition team said he would release nearly all available vaccine doses after he takes office Jan. 20, ending the current federal strategy of holding back half the doses to ensure people can get the second shot later. The announcement of the plan designed “to ensure the Americans who need it most get it as soon as possible” came after a group of governors including California’s Gavin Newsom pleaded with federal officials to release more vaccines.

Still, it wasn’t clear how delivering more doses to states will help solve the problem since they’ve been unable to get many of the doses they’ve gotten so far into people’s arms.

California has administered just over 652,000 doses of vaccine, about 32% of the roughly 2.1 million doses it has received.

The California Department of Public Health on Thursday issued recommendations allowing local health departments and health care providers to vaccinate all health care workers in the first group, known as Phase 1a, instead of vaccinating in the order of workers’ risk of exposure. The recommendation also allows local health departments and providers to begin vaccinating residents in the subsequent group, Phase 1b — a much larger group of essential workers and elderly people — as long as they have already made vaccines available to everyone in Phase 1a who wants one. This could help alleviate the problem of doses going unused if some health care workers are declining to get vaccinated.

Newsom on Friday said the new guidelines will give health care providers more “common sense” discretion to, for instance, offer extra doses to a senior if someone has decided not to take it or if not enough people show up to get vaccinated.

“It was just in the last 48 hours we got confirmation from (the state) that we can offer vaccination to everyone in Phase 1a,” Santa Clara Public Health Officer Dr. Sara Cody said during a news briefing. “Prior to that we were moving tier by tier, which makes it more complex. So I think now we’ll be able to go faster, and that’s great for everyone.”

“We are trying to get through 1a as fast as we can,” Cody said. “As soon as we’re confident that people eligible for Phase 1a have access to their appointment and have made their appointment, then we’ll be able to transition into Phase 1b.”

The state allowing Phase 1b to begin may be getting ahead of where Bay Area counties and health care providers currently are, as most are still vaccinating Phase 1a and don’t anticipate starting Phase 1b until late January or early February. But it does give local health officials flexibility to move ahead to the next group after they’ve offered the vaccine to all the health care workers who want it.

“We can’t let the perfect be the enemy of the good,” said Dr. Art Reingold, a professor at the UC Berkeley School of Public Health and co-chair of the state committee that reviews coronavirus vaccines for safety and efficacy. “The question of, ‘When is it OK when you haven’t finished one phase to start offering vaccine to people in other phases?’ is complicated. But it’s important for us to be doing that as long as we don’t run out of vaccine for high-priority groups for earlier phases.”

The state has not finalized who will be in Phase 1b, but it likely will include 15 million essential workers and elderly residents. The first tier of the phase likely will be 8.5 million teachers and child care workers, food and agriculture workers, emergency services workers and people 75 years and older. The second tier will be 6.5 million transportation and critical infrastructure workers, and people 65 to 74 years old, and incarcerated and homeless residents. It is unclear if both tiers will be vaccinated simultaneously, or if providers will have to go in order.

As vaccines are made available to more people, it opens the door to many more logistical and ethical questions. The initial rollout has already been rocky and fragmented, and moving quickly into the next, much larger groups may mean it will get even more unwieldy. In Phase 1a, people are for the most part getting vaccinated by their health care employer, county health department or federal pharmacy program. Phase 1b will be more complicated.

Will a teacher, for instance, be vaccinated by the school district where they work, their own health care provider, or the county where they live? Will vaccinators ask for identification to check people’s ages or proof of one’s occupation, or will they rely on the honor system?

And how to prioritize who should go next is up for debate. Dr. Bob Wachter, chair of the department of medicine at UCSF, has proposed that once all health care workers and people older than 55 are vaccinated, that a lottery system determine when the remaining millions of Americans get vaccinated.

“Already in the past two weeks, vaccine distribution in several top health systems — which enjoy world-class computer systems and have robust human resources departments that can track their employees — have devolved into line-jumping, cheating and noisy protests over who goes first,” Wachter and Brown University’s Dr. Ashish Jha wrote in a New York Times opinion piece Thursday. “If vaccinating a few thousand health care workers is this complicated, one can only imagine the chaos in store as we try to vaccinate a few hundred million Americans. … Few would love the idea, but it would be equitable and apolitical, and people would know that their number will be called sometime in the next several months.”

[ad_1] Medical professionals say one indicator for the coronavirus may be a simple one: …