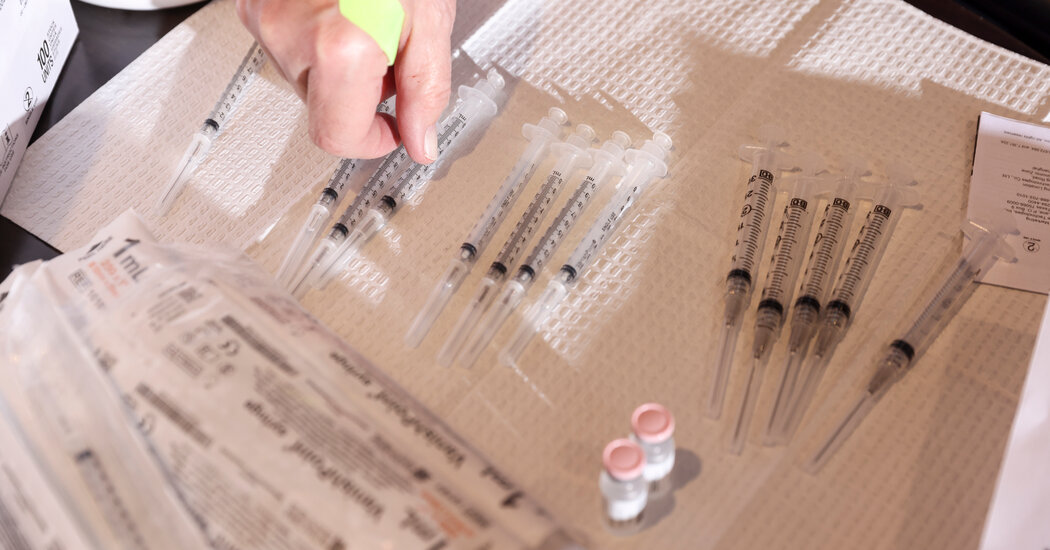 The person did not have a history of drug allergies. Two similar reactions happened last week in Britain.

WASHINGTON — A health worker in Alaska had a serious allergic reaction after getting Pfizer’s coronavirus vaccine on Tuesday and was hospitalized, according to three people familiar with official reports of the person’s health. The person was still in the hospital on Wednesday morning, under observation.

Government officials were scrambling on Wednesday to learn more about the case. The worker had no history of drug allergies but it was unclear whether he or she suffered from other types of allergies, according to one person familiar with the case.

With millions of Americans expected to be vaccinated by the end of the year, the incident is likely to prompt federal officials to be even more watchful for any sign of serious side effects. The Alaska recipient’s reaction was believed to be similar to the anaphylactic reactions two health workers in Britain experienced after receiving the Pfizer-BioNTech vaccine last week. Both of them recovered.

Pfizer’s trial in the United States involving more than 40,000 people did not find any serious adverse events caused by the vaccine, although many participants did experience aches, fevers and other side effects. Severe allergic reactions to vaccines are typically linked to the vaccine because of their timing.

A Pfizer spokeswoman, Jerica Pitts, said that the company does not yet have all of the details of the case but is working with local health authorities. The vaccine comes with information warning that medical treatment should be available in case of a rare anaphylactic event, she said. “We will closely monitor all reports suggestive of serious allergic reactions following vaccination and update labeling language if needed,” Ms. Pitts said.

After the workers in Britain fell ill, authorities there initially warned against giving the vaccines to anyone with a history of severe allergic reactions. They later clarified their concerns, changing the wording from “severe allergic reactions” to specify that the vaccine should not be given to anyone who has ever had an anaphylactic reaction to a food, medicine or vaccine. That type of reaction to a vaccine is “very rare,” they said.

Pfizer has said that its vaccine does not contain egg ingredients.

The British update also said that a third patient had a “possible allergic reaction,” but did not describe it.

In the United States, federal regulators issued a broad authorization for the vaccine on Friday to adults 16 years and older. Health care providers were warned not to give the vaccine to anyone with a “known history of a severe allergic reaction” to any component of the vaccine, which they said was a standard warning for vaccines.

But because of the British cases, F.D.A. officials have said they would require Pfizer to increase its monitoring for anaphylaxis and submit data on it once the vaccine comes into use. Pfizer also said that the vaccine is recommended to be administered in settings that have access to equipment to manage anaphylaxis. Last weekend, the Centers for Disease Control and Prevention said that people with serious allergies can be safely vaccinated, with close monitoring for 30 minutes after receiving the shot.

Anaphylaxis can be life-threatening, with impaired breathing and drops in blood pressure that usually occur within minutes or even seconds after exposure to a food or medicine, or even a substance like latex to which the person is allergic.