Nicholas, 65, had gone into the hospital after experiencing trouble breathing. Five days later, he went into the intensive care unit because his breathing got worse.
It didn’t take long for doctors to determine that Nicholas and his wife, Mary Jane, both had Covid-19. While hospitalized, he learned of his older brother’s death, and 12 days later, Nicholas, too, succumbed to the virus.

Family members said Nicholas and Ralph, 68, were great friends and enjoyed spending time together, especially on family vacations.
Mary Jane and Ralph’s widow, Ann, described their husbands as being “big family men” and said they “loved being grandfathers.”
Ann said that after Ralph died, more than 50 employees of JetBlue, where he worked, drove past their house to honor his life.
Mary Jane said on the day she brought Nicholas’ ashes home, her neighbors honored him with signs and banners and raised a glass to Nicholas. 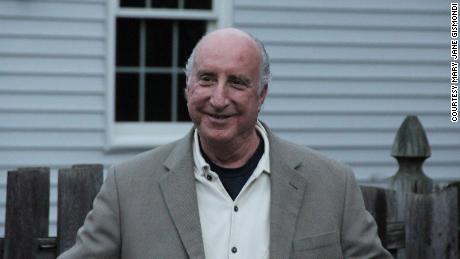 Ralph Thomas Gismondi was born July 30, 1951, in Queens, New York, to Josephine and Nicholas Gismondi. He attended Mater Christi High School, St. Johns College and Queens College, majoring in history.
Ralph served as a member of the New York City Fire Department and retired at the rank of captain. He was among the first responders on duty on September 11, 2001. Ralph also served as a flight attendant for JetBlue Airlines and was still employed there when he died, Ann said.
According to the Los Angeles Times, he was among the first of 30 or so former firefighters to join the airline.
Ann said “he enjoyed traveling and loved working for JetBlue.” She described Ralph as “one of the most sociable people you would ever want to meet.”
“We have been together since I was 15 and he was 16,” said Ann. They married in 1970 and had two daughters, Lisa and Lori.
“He was a very hands on father and grandfather,” she said.
Ralph entered the hospital March 17 with symptoms of a cough, fever and shortness of breath. He tested positive for Covid-19 on March 19, and Ann tested positive a few days later.
Ralph died April 5 due to coronavirus complications. “I could not have a funeral for him. I did not have, you know, that closure. It was just a freaking nightmare,” said Ann.
Ralph was the first JetBlue employee to die of the virus.
His friends and family attested to his great personality in his online obituary. “Simply the best, always made me feel happy” and “His kindness and friendship will always be remembered” were among the comments.
“He loved people and people loved him. He was a larger-than-life character,” said Ann.
Along with Ann, Lisa and Lori, Ralph is survived by his grandchildren, Ally, Kera, Elvis, Dylan and Summer. 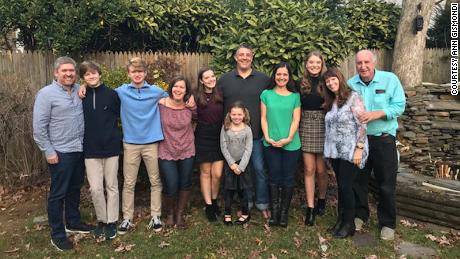 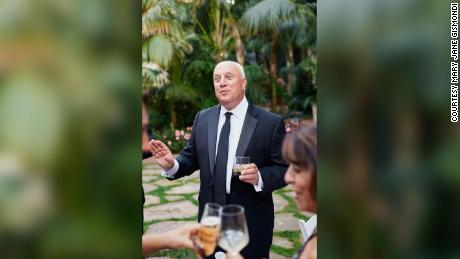 Nicholas Joseph Gismondi, was born April 12, 1955, in Queens. He was known by “Poppi” to those closest to him.
Nicholas attended Monsignor McClancy High School and was known as an exceptional baseball and basketball player. He earned the Brooklyn/Queens Player of the Year award and was inducted into McClancy’s Hall of Fame. Scouts took notice of his baseball skills and recruited him to St. Francis College in Brooklyn, where he majored in accounting.
“He was kind, he was always laughing. He had a great laugh,” Mary Jane said. 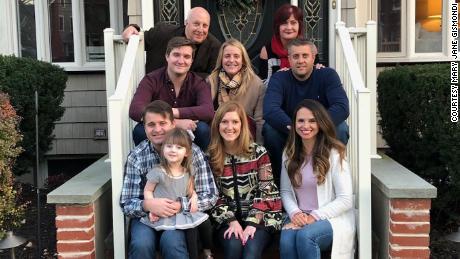 Nicholas met Mary Jane in 1974 at a small group dinner with mutual friends. They married in 1982 and had three sons, Christopher, Nicholas and Michael.
Christopher said his father was known as “someone who always wanted to turn life’s lemons into lemonade.”
They lived in Westfield, New Jersey, where Nicholas was known as a devoted member of the community. Nicholas, known by many in the community as “Mr. Nick,” brought his passion for baseball to Westfield by serving as the president of the Westfield Baseball League. He was later inducted into the Westfield Booster Hall of Fame.
“Volunteerism and giving back to the community were very important to him,” said Mary Jane. 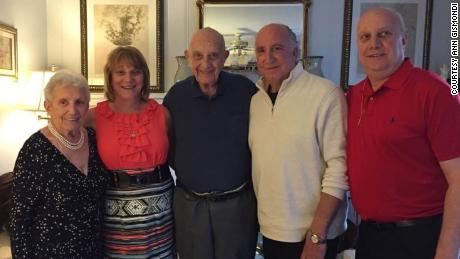 On March 31, Nicholas and Mary Jane entered the hospital because of trouble breathing. Nicholas had symptoms of a cough and fever. Both tested positive for Covid-19.
Nicholas died from Covid-19 on April 17. He leaves behind his wife, his three children and two grandchildren, Juliette and Luke.
Nicholas and Ralph are survived by their sister, Joanne, and their parents, Josephine, 93, and Nicholas, 96.