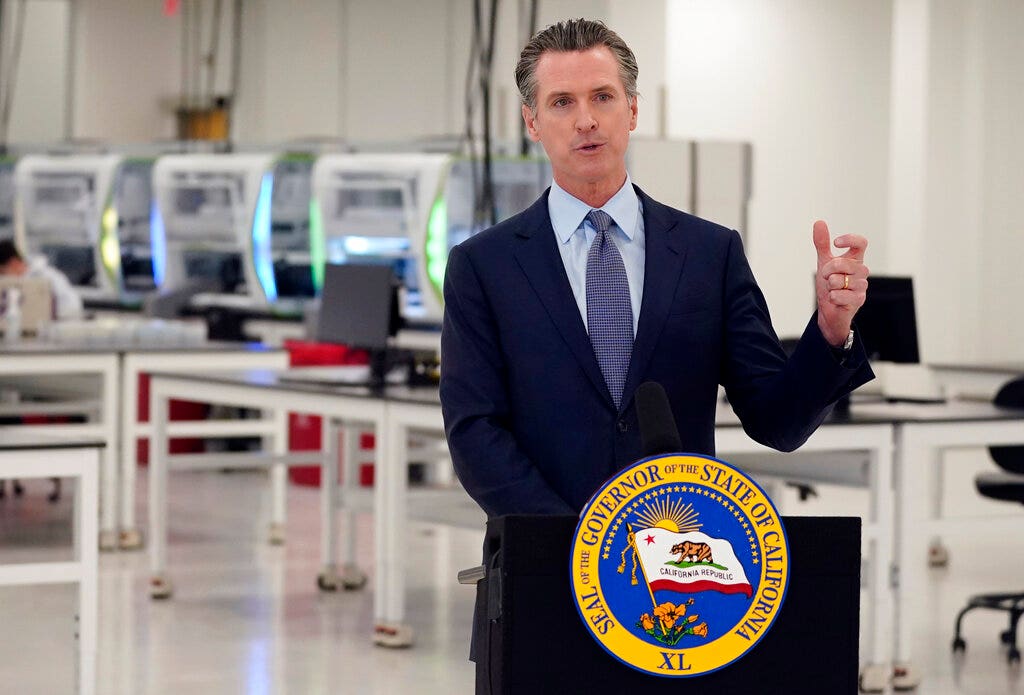 California Gov. Gavin Newsom acknowledged this week that vaccine distribution is slower than originally hoped for in the Golden Gate State, but health experts are hopeful vaccinations will pick up in the new year.

Roughly 300,000 frontline workers received the first round of vaccines in the two weeks since distributions launched throughout California – though the figure falls well short of the intended 2.4 million people in the first vaccine group.

“That we’ve already administered 300,000 doses is extraordinary,” Newsom said during a Wednesday Facebook live event with Dr. Anthony Fauci, director of the National Institute of Allergy and Infectious Diseases. “But there’s been some frustration, a little bit of frustration — we may have overpromised a little bit in the short run about the availability and the distribution of vaccine.”

Operation Warp Speed, the federal program overseeing the distribution of vaccines to states nationwide has distributed 14 million doses of the first round of vaccines, though the figure falls short of the projected distribution of 20 million vaccines by end of December.

U.S. Army Gen. Gustave Perna, the chief operating officer of Operation Warp Speed, said the slow distribution rate is also in part due to hospitals struggling to deliver vaccines in an efficient manner. In Florida earlier this week, hundreds of seniors waited in line to be vaccinated under the first-come, first-serve system currently in place.

“There were a number of days that were lost because of the holidays or snowstorms,” he added.

California originally expected to receive 2.4 million doses by the end of December, but received just 1.8 million instead, according to the San Francisco Chronical.

“We know the number of doses that have arrived has produced less than what was originally professed,” Newsom said during a Wednesday news briefing, before adding that he was neither “shocked” nor “disappointed.”

“At this stage, I really think it’s wise for us to be a little more humble about where we are in relationship to this unprecedented effort to vaccinate hundreds of millions of Americans in a very short period of time.”

California recently reinforced lockdown measures following spikes in coronavirus cases, reporting over 27,000 new cases Thursday, contributing to the state’s more than 2.2 million cases and 25,000 deaths since the beginning of the pandemic.