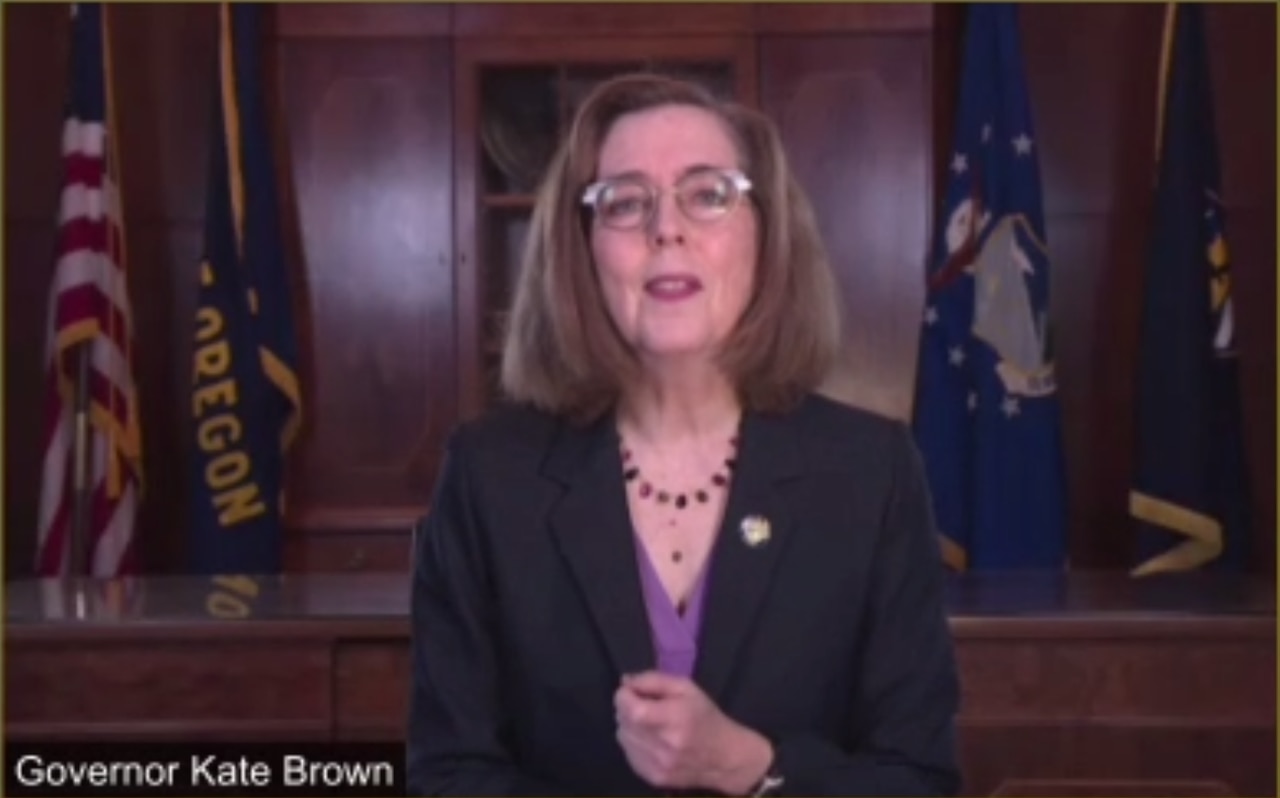 Under pressure from federal officials, Oregon Gov. Kate Brown announced Tuesday that she’ll allow all Oregonians 65 and older to be eligible for COVID-19 vaccinations starting Jan. 23.

On her own accord, Brown also said she would allow childcare, preschool and K-12 school employees to start receiving vaccinations along with the elderly group.

Brown’s decision to expand vaccinations to older Oregonians was in response to urging from U.S. Health and Human Service Secretary Alex Azar earlier in the day that all states start vaccinating Americans who are 65 or older and people with underlying conditions that put them at higher risk for serious complications from COVID-19. Azar said the federal government would no longer hold onto second doses of the vaccines before shipping them out — and that would free up more doses to vaccinate this new group of vulnerable Americans.

Brown does not plan to prioritize Oregonians with underlying conditions at this time, given the vast number of them, an estimated 1.6 million, said Charles Boyle, a spokesman for the governor.

“At this point, there are not nearly enough vaccines available for that large a number of people,” Boyle said in an email to The Oregonian/OregonLive. “But we will be working with stakeholders to develop outreach and distribution plans so that we will be ready to begin vaccinating Oregonians with underlying health conditions as more vaccines become available.”

Brown stated there’s only one caveat to rolling out the vaccines to older residents and educators — that the federal government sends more vaccines as promised. Boyle said he doesn’t know how many more vaccines will be coming to Oregon.

“While this is an unexpected change in course from the federal government, receiving more vaccines is welcome news for states — and Oregon is ready to devote all resources necessary to ramp up distribution with our health care partners,” Brown said in a written statement.

Brown offered no specifics on where Oregonians who soon will be eligible can go to get inoculated. State leaders are still working on a system for getting the information out.

“If you are an Oregonian who is newly eligible for vaccination, I am asking for your patience,” Brown continued. “Please, do not call your doctor’s office or health care provider with questions about when you can be vaccinated. Today’s news arrived with no advance notice from the federal government. Oregon health care providers are working as fast as humanly possible to shift their vaccine distribution plans to meet this sudden change in national guidance.”

It’s unclear how many residents the new expanded guidelines will include. Currently, the state has allowed an estimated 500,000 Oregonians to get vaccinated as part of Phase 1a. That mostly encompasses healthcare workers and residents of long-term care facilities but allows others, including jail and prison employees and veterinary care workers.

The governor didn’t say how many childcare, preschool and K-12 workers there are in the state. According to U.S. Census figures, there’s about 767,000 people age 65 and older in Oregon. At most, about 21,000 of them already were eligible as part of Phase 1a because they live in longterm care facilities.

Vastly increasing the pool of eligible vaccine recipients will put enormous strain on an already overtaxed vaccination system in the state. According to the state, 115,060 doses of the Pfizer-BioNTech and Moderna vaccines have made it into the arms of residents, out of 321,425 doses that the CDC says have been shipped to Oregon so far. That means about 36% of the available stock has been used — a significant improvement from the 25% that had been used about a week ago.

But vaccinations have been going far slower than anticipated back on Dec. 16, when the first vaccines were injected into healthcare workers. Oregon’s initial rollout has been plagued with ineffective planning, but state officials say reforms are underway.

Over the past week, an average of 7,600 doses have been administered each day. The governor has set a goal of 12,000 per day by next week, but acknowledged that the pace would need to accelerate considerably in future weeks.

Patrick Allen, the Oregon Health Authority director, has said at 12,000 daily shots a day, and it would take well into 2022 to inoculate 70% of the state’s population — about 3 million people — with the two-dose regimen of the vaccines. Seventy percent is the minimum some public health experts say is necessary to reach herd immunity, which is the point the virus is seriously hindered from easily spreading throughout the community.

In addition to pressure from the federal government, Brown had received harsh criticism from some residents for — up until Tuesday — saying that early education and K-12 employees would get the vaccine starting as early as mid-February, while she would make no such decisions yet about older Oregonians.

They are at highest risk for death for COVID-19 or life-altering and lasting effects. More than 80% of Americans who’ve died are age 65 and older, according to the Centers for Disease Control and Prevention. In the past week, 85% of the 110 Oregonians who died from the disease last week were age 65 or older.

The Oregon Education Association, the union representing 44,000 educators, wasn’t pushing the governor to prioritize educators before seniors. Union president John Larson said seniors are at higher risk of dying than the overall educator population. He also said even if all school employees are vaccinated, he doesn’t believe classrooms should open because students won’t be. The vaccines haven’t been approved for children younger than 16 and they could bring it home to their families, he said.

“Putting students and staff safety at risk so people can be back in-person is simply irresponsible,” Larson said.

The only educators Larson said he thinks should be vaccinated now are those who’ve already been pushed back into their classrooms in a select number of school districts.

Tuesday’s news that Brown will soon open up vaccinations to seniors was celebrated with cheers by many older Oregonians.

This is a developing story. Check back on OregonLive.com for updates.