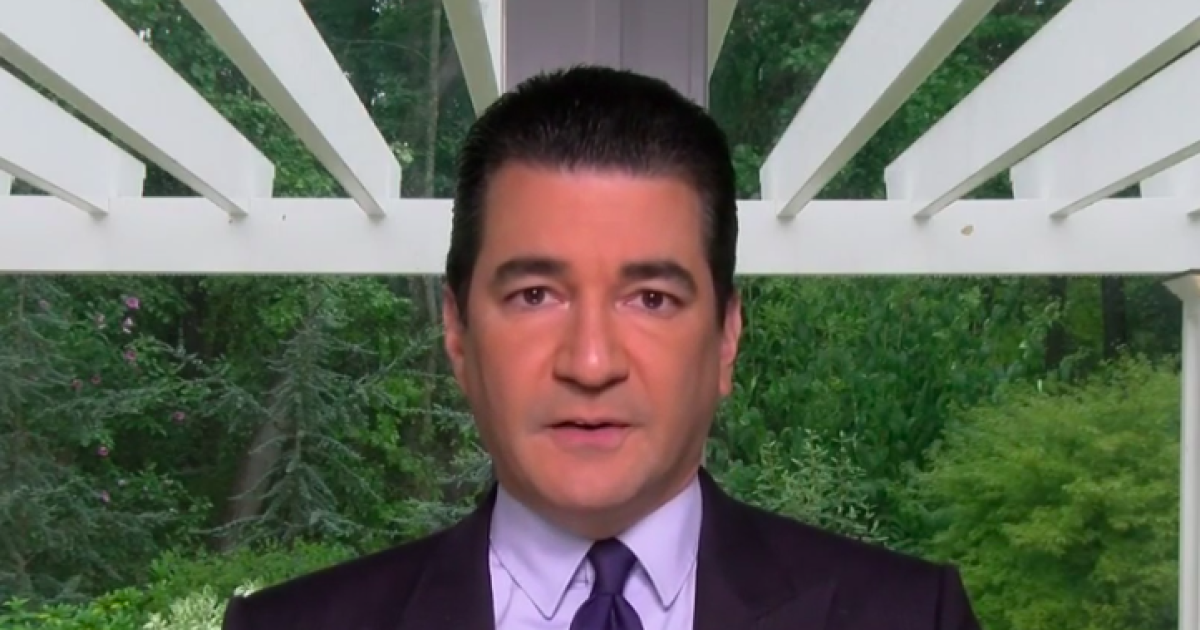 Washington — Dr. Scott Gottlieb, the former commissioner of the Food and Drug Administration, said Sunday that the United States is likely a “long way” from achieving herd immunity from the coronavirus, even as the number of confirmed cases continues to climb.

In an interview with “Face the Nation,” Gottlieb was asked how close the country is to possible herd immunity, and said the U.S. is “probably a long way.”

There have been more than 5.3 million confirmed cases of the coronavirus in the U.S., and the death toll is nearing 170,000, according to Johns Hopkins University. While public health officials believed at the start of the epidemic in the spring that the number of deaths would decline heading into the fall, many states continue to report high positivity rates.

Gottlieb said the death rate and infection rate in the U.S. has been “pretty persistent.”

“We thought we’d be coming down by now, we’d see deaths peak and start to come down as the epidemics in the southern states started to peak and decline,” he said. “But there’s been a fairly persistent level of infection, hospitalizations and deaths over the last couple of weeks.”

While some states in the South like Florida, Arizona and Texas are reporting a drop in new coronavirus cases, others like California are now experiencing an uptick in infectious, Gottlieb said. Additionally, 14 states have positivity rates above 10%, including Mississippi at 21%, Nevada at 17% and Florida at 18%.

“There’s still a lot of states with pretty high positivity rates,” he said.

The continued increase in coronavirus cases comes as school districts nationwide prepare to welcome students back for the new school year, which in some states has already begun. Many school systems are beginning the academic year with virtual learning, while others are adopting a hybrid model of online schooling and in-person instruction.

For schools that have opened for classroom instruction, many have gotten off to a rough start, as hundreds of students and staff at schools in Florida and Georgia have already been forced to quarantine due to possible exposure.

Still, White House senior adviser Jared Kushner, President Trump’s son-in-law, said he has “no fear” about sending his own children for in-person learning and compared the death rate of COVID-19 among children to the flu.

But Gottlieb cautioned against drawing such a comparison.

“There’s a lot we don’t understand about COVID in kids,” he said. “I think we need to be careful about making comparisons to flu and the death and disease we see in flu relative to COVID.”

Looking to the winter, the Trump administration has been working to speed up development and deployment of a vaccine, setting a goal through Operation Warp Speed to deliver 300 million doses of a coronavirus vaccine by January 2021.

On Friday, Mr. Trump said the government is partnering with McKesson Corporation to distribute a coronavirus vaccine and said the U.S. military is also ready. But Gottlieb suggested the Trump administration should leverage the private sector to deliver a vaccine before turning to the federal government, saying, “I wouldn’t try to recreate the wheel here.”

“The companies, the distributors, the manufacturers know how to distribute vaccines through the existing supply chain,” he said. “I think if the government tries to take physical possession of these vaccines and then distribute it through channels they set up, that could ultimately lead to hiccups and delays in getting vaccines to consumers.”