The former head of the US Centers for Disease Control and Prevention is calling for an independent investigation into what went wrong with the CDC’s coronavirus tests earlier this year.

An initial batch of novel coronavirus testing materials the CDC shipped to state labs around the country on February 6 and 7 didn’t work correctly. That delay stalled a nationwide testing rollout that might have helped curb the spread of the disease caused by the novel coronavirus, COVID-19, across the US. So far, at least 41 people have died.

„I don’t know what went wrong,“ Frieden told Business Insider. „I do think that there needs to be an independent assessment of that.“

As novel coronavirus cases have quietly started spreading in the US over the last two months, many state health departments had to wait to start testing their own patients.

Nearly all coronavirus tests performed across the country had to be shipped to the CDC labs in Atlanta, Georgia on ice packs. By the end of February, only three of the nation’s more than 100 public-health labs had verified the CDC test for their use. To date, fewer than 17,000 COVID-19 tests have been administered across the US, while in South Korea more than 248,000 tests have been dispatched across a population that’s one-sixth the size.

„Absolutely, it delayed our ability to recognize that this virus was spreading,“ said Frieden, who now runs Resolve to Save Lives, a global non-profit aimed at curbing epidemics.

At the White House on Friday afternoon, President Trump suggested that US testing will ramp up rapidly in the coming days as more commercial test kits become available and more drive-through testing stations open up.

„We’ll have the ability to do in the millions over a very, very quick period of time,“ Trump told reporters.

But that kind of testing is different from what the CDC tests were initially designed to do: prevent the spread of a new virus. More widespread diagnostic testing earlier on would have given public health experts clues about where clusters of COVID-19 cases were initially forming so they could better halt the disease’s spread. 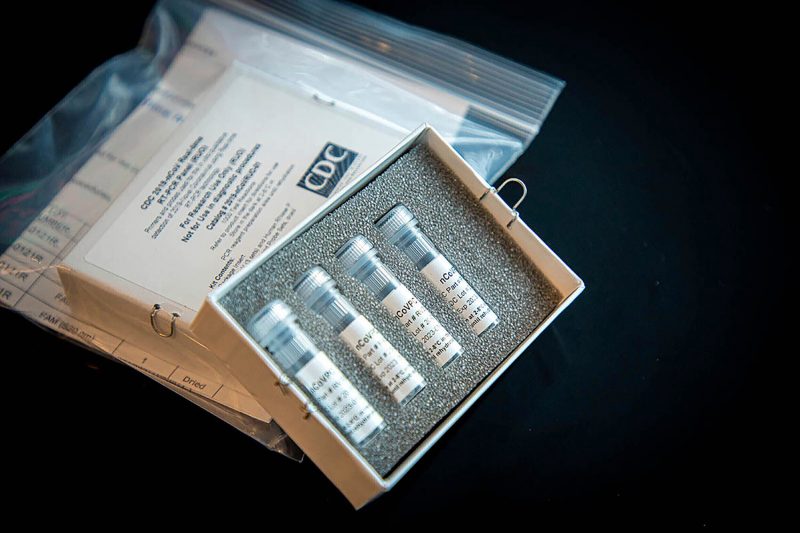 An initial window of opportunity to better identify where the virus is spreading around the US, help manage initial cases, and protect vulnerable people, is largely gone now. Experts say canceling mass gatherings, working from home, and adopting better handwashing practices are now the best options to prevent spread of the coronavirus in the US.

„The CDC machines were not intended for mass testing,“ Frieden said.

Eric Blank, the senior director of public health systems and programs at the Association of Public Health Laboratories, told Business Insider that he believes the CDC is already planning an investigation into what went wrong with the agency’s initial response.

„It would be initiated by CDC, but we would hope that they would bring in somebody from the outside to take a look, whether it was FDA [US Food and Drug Administration], whether it was CMS [Centers for Medicare and Medicaid Services] or somebody, to do sort of an independent assessment,“ Blank told Business Insider. „But it would be initiated by CDC.“

The US Health and Human Services Administration has already launched a much narrower investigation into the source of the manufacturing defect in the first batch of COVID-19 test kits that was dispatched to states by the CDC.

„Upon learning about the test issue from CDC, FDA worked with CDC to determine that problems with certain test components were due to a manufacturing issue,“ FDA Commissioner Stephen Hahn told Business Insider in an email. „We worked hand in hand with CDC to resolve the issues with manufacturing.“

Dr. Rishi Desai, a former epidemic intelligence service officer in the CDC Division of Viral Diseases, said that testing errors were never an issue when he worked there, and that test ingredients always worked the way they were supposed to.

„We did our testing in the US, and this issue of not having reagents and not having the right kits … that was not the case, that had never been the case,“ Desai told Business Insider. (Reagents are the chemical ingredients often used to perform lab tests, and some of them didn’t work correctly in that initial batch of COVID-19 tests kits sent out to states from the CDC.)

Frieden, who oversaw the CDC during the 2014 Ebola outbreak, agreed.

„In past responses, it was providing the lab tests, not just for the US, but for the whole world, really, without a glitch,“ he said.

Justin Kinney, a microbiologist who runs a molecular biophysics lab at the Cold Spring Harbor Laboratory in New York, said that creating quality ingredients and supplies for the COVID-19 laboratory test, which uses the same RT-PCR technology that’s ubiquitous in molecular biology labs around the globe, should have been simple.

„This is an amateur mistake,“ Kinney said. „It’s just tragic that there’s no sense of urgency.“

Kinney noted how specific the CDC’s COVID-19 testing protocol instructions were, requiring labs around the country to run a software program from 2012 on one particular model of an RT-PCR machine.

„It strikes me as just over-standardization,“ Kinney said. „The knowledge of who had [COVID-19] really, I think, could have prevented this outbreak.“