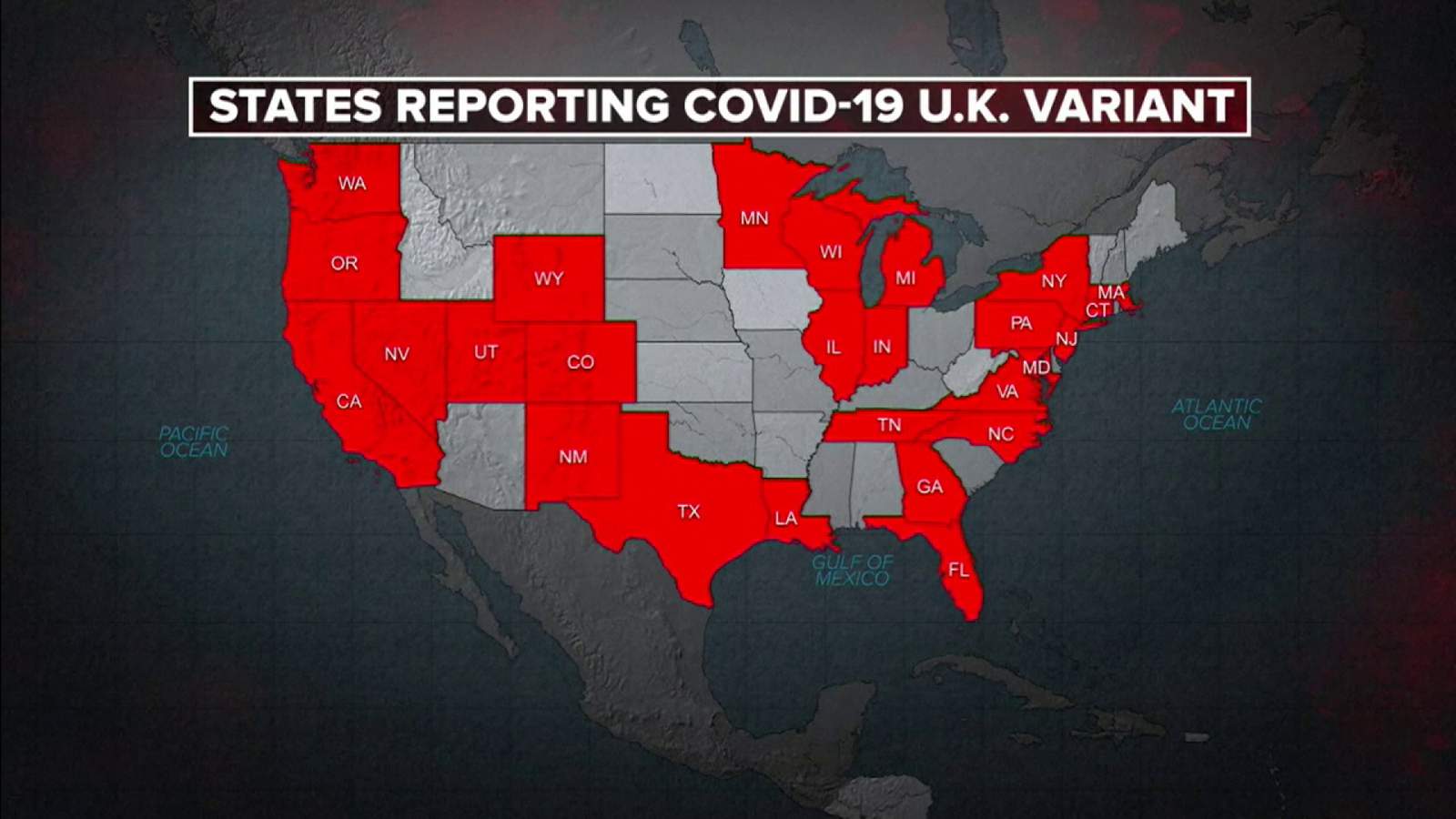 Florida has twice as many confirmed cases of a COVID-19 variant as last week, the Centers for Disease Control and Prevention said in new numbers released Monday, raising concerns that a more contagious strain is spreading.

The latest CDC data shows 293 confirmed cases of COVID-19 caused by variants in the United States. Of those, 92 are in Florida — which is twice as many as the 46 cases that were confirmed in the state as of last week.

The CDC does not specify the locations of those cases within states.

Florida’s number of confirmed variant cases is the most in the county, with California close behind at 90.

Health experts have warned that the more contagious and possibly more deadly variant sweeping through Britain will probably become the dominant source of infection in the U.S. by March.

Other mutant versions are circulating in South Africa and Brazil. The variant from Brazil was detected for the first time in the U.S. in a Minnesota resident who recently traveled to the South American country, state health officials said Monday.

The more the virus spreads, the more opportunities it has to mutate. The fear is that it will ultimately render the vaccines ineffective.

To guard against the new variants, President Joe Biden on Monday added South Africa to the list of more than two dozen countries whose residents are subject to coronavirus-related limits on entering the U.S.

Most non-U.S. citizens who have been to Brazil, Ireland, Britain and other European nations will be barred from entering the U.S. under the rules re-imposed by Biden after President Donald Trump had moved to relax them.

He said there is “a very slight, modest diminution” of the effectiveness of COVID-19 vaccines against those variants, but “there’s enough cushion with the vaccines that we have that we still consider them to be effective” against both.

Moderna, the maker of one of the two vaccines being used in the U.S., announced on Monday that it is beginning to test a possible booster dose against the South African variant. Moderna CEO Stephane Bancel said the move was out of “an abundance of caution” after preliminary lab tests suggested its shot produced a weaker immune response to that variant.

Florida on Monday had verified 1,658,169 COVID-19 cases since the outbreak began and 25,446 resident deaths, according to the state’s department of health.

[ad_1] The Chekka Chivandha Vaanam actor has apparently reduced more than 20 kg, as …