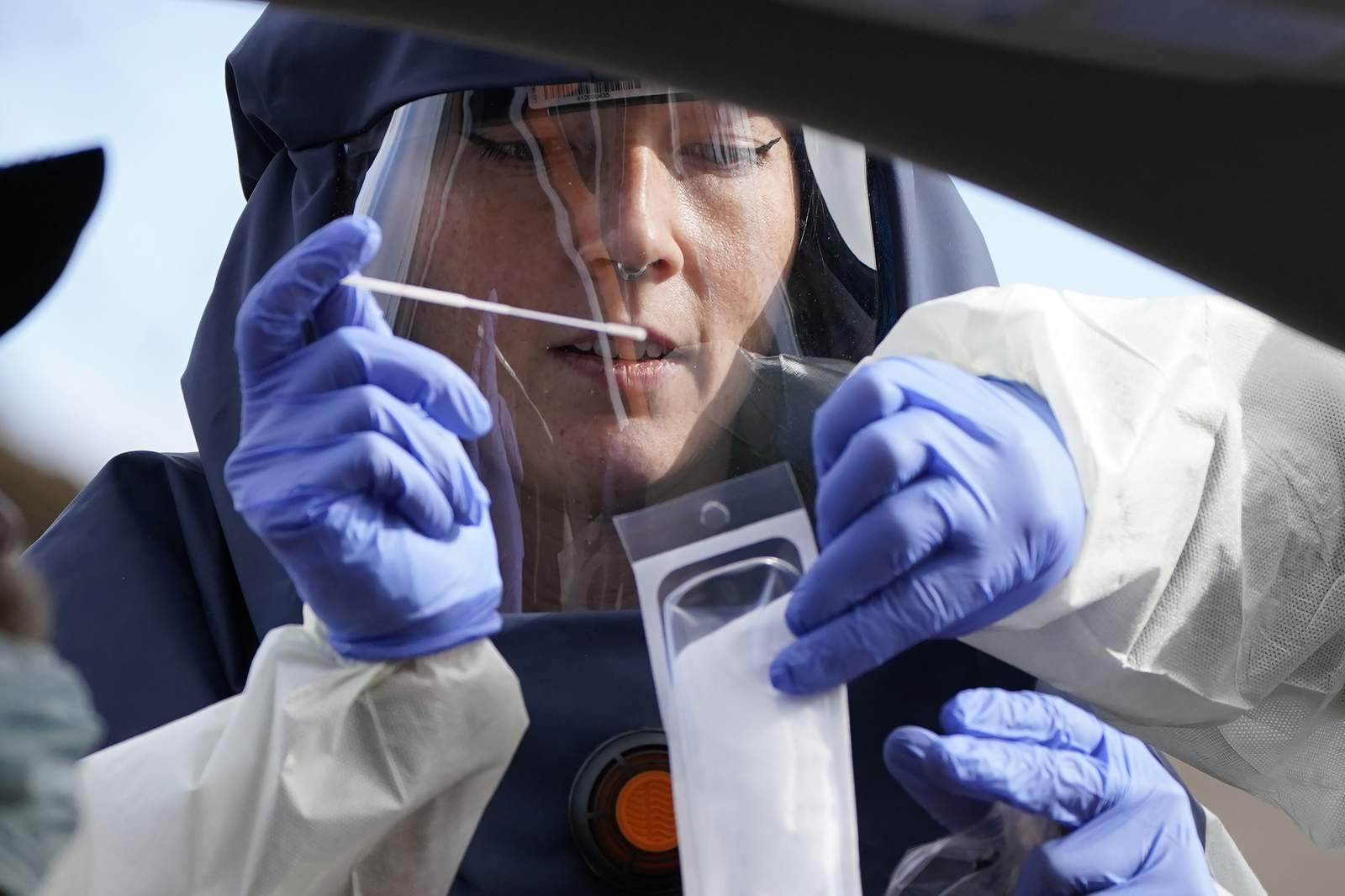 JACKSONVILLE, Fla. – Florida’s coronavirus cases, hospitalizations and deaths have climbed dramatically over the last two months and some epidemiologists fear those numbers could soon hit or exceed levels reached in the summer when the pandemic was at its peak.

Another 91 deaths were confirmed in Saturday’s report. Two of those were in Duval (637 total deaths), two were in Flagler (199) and one was in Bradford (19).

After a dramatic three-month decline that began in July, Florida’s confirmed cases began rising again in October, two weeks after Gov. Ron DeSantis removed nearly all capacity restrictions on restaurants, bars and other businesses and barred cities and counties from fining violators of local mask ordinances. The increase has not slowed since as Florida passed 1 million confirmed cases and 19,000 deaths this week.

Epidemiologists Cindy Prins of the University of Florida and Jason Salemi of the University of South Florida said Friday that lifting the restrictions led some to stop taking proven and effective precautions like wearing masks and social distancing. Many people wanted to get back to normal.

“You’re sick of doing all these things, you’re sick of COVID and so I think you start to relax,” Salemi said.

“When cases go down, people drop their guard,” Prins said.

There have been at least 56,317 hospitalizations attributed to the novel coronavirus since the virus reached Florida. On Saturday afternoon, 4,339 people were hospitalized in the state with a primary diagnosis of COVID-19 — 224 of those in Jacksonville. Only 18% of intensive care beds in Duval County were available Saturday and only 14% available in Clay and 12% in Nassau. All of the ICU beds in Columbia County were occupied on Saturday.

DeSantis has said he won’t reimpose restrictions or require masks, although he encourages people to wear them and to social distance. He believes the economic and social damage done by restrictions outweighs the risk posed by the virus.

“I’m opposed to mandates, period. I don’t think they work,” DeSantis said at his last public appearance Nov. 30. “There’s narratives that lockdowns work. And they don’t.”

Florida reported its first cases March 1, the numbers rising gradually before spiking in June, weeks after initial stay-at-home orders were loosened. The outbreak peaked in mid-July, when almost 14,000 new cases were reported daily and the number of Floridians hospitalized hit nearly 10,000. Deaths, which lag a few weeks behind, peaked in early August when 230 Floridians were dying of COVID-19 per day.

But then the numbers crashed and by late September the number of cases reported daily was down to 2,800. Hospitalizations were at about 2,200.

Prins and Salemi said many factors went into the decrease. Counties and cities imposed mask mandates, there were restrictions on businesses and gatherings and, most importantly, Floridians protected themselves.

“People got really scared when we were approaching 10,000 hospitalizations” and at 200 deaths per day, Salemi said. “Those are pretty astonishing numbers.”

Citing the improvement, DeSantis on Sept. 25 lifted restrictions on the number of customers that restaurants and other businesses could have inside with some exceptions for hard-hit Miami-Dade, Broward and Palm Beach counties. And while DeSantis didn’t repeal local orders requiring masks, he prohibited municipalities from imposing fines, leaving the regulations toothless.

For two weeks, the numbers kept falling, with cases hitting 2,200 per day in early October, an 85% decrease from the peak. Hospitalizations fell to about 2,000 and, in early November, deaths fell to 42 per day.

But two weeks is also the virus’s incubation period and the numbers have since spiked again, reaching 8,500 per day this week. Hospitalizations now exceed 4,300 and the average number of reported deaths per day over the last week is 90.

Prins said one of the top causes for the increase is the reopening of bars and restaurants to full capacity in much of the state. People go with friends, sitting close together indoors, thinking there is no risk.

“These are the places where transmissions can occur, especially the bars — we’ve seen images of people clustered,” she said.

John Horne, a member Florida Restaurant and Lodging Association executive board member and owner of the Anna Maria Oyster Bar and other restaurants, said it’s unfair to cast a wide blame on restaurants for the spread just because some owners aren’t taking precautions.

He’s stayed at 50% capacity and has an employee sanitizing tables, menus, doors and more. A bell rings every 30 minutes to remind employees to wash their hands. And while he sees other places packed, consumers make the decision to go in.

Salemi said DeSantis has emphasized protecting vulnerable populations like older people, “but it’s certainly not working. The average daily number of Floridians 65 and older reported with a new infection has gone up 81% over the last month.

With virus cases caught over Thanksgiving likely to appear next week and with Christmas, Hanukkah and New Year’s Day coming up, Prins and Salemi fear Florida will soon be back to July levels and may exceed them.

“When we get together over the holidays with our families, there will undoubtedly be high-risk older people — our parents and grandparents. They are the ones who are going to get infected,” Salemi said.