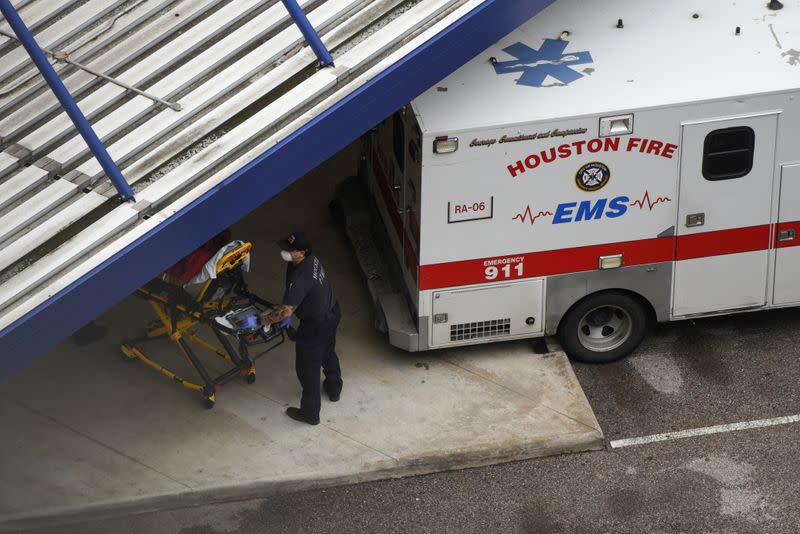 By Gary McWilliams and Nathan Layne

HOUSTON (Reuters) – Florida and Arizona recorded daily highs for cases of COVID-19 on Saturday, highlighting the worsening spread of the virus in several southern and western states, some of which are taking steps to roll back their reopening plans.

Florida on Saturday morning reported 9,585 new infections in the last 24 hours, a record for a second day, while Arizona recorded 3,591 new cases of COVID-19, the illness caused by the coronavirus, matching its prior record on June 23.

The United States recorded more than 45,000 new cases of COVID-19 on Friday, the largest single-day increase of the pandemic, according to a Reuters tally. More than 2.5 million Americans now have tested positive.

The surge in cases has been most pronounced in southern and western states like Florida and Texas, which are now taking steps to reinstate restrictions on businesses, threatening a hoped-for economic recovery and jobs.

The mayor of Galena Park, a community of 10,000 people east of Houston, said she was heeding a warning from Harris County Judge Lina Hidalgo, who on Friday raised the public threat level to its most severe, a sign people should shelter at home.

“It is crucial to continue to practice good hygiene, stay home as much as possible, avoid unnecessary trips, gatherings, and wear a face-covering at all times when you leave your home,” Mayor Esmeralda Moya said in a statement late on Friday.

In a reversal of his early moves to relax restrictions, Texas Governor Greg Abbott on Friday ordered bars across the state to close and required restaurants to limit indoor seating capacity to 50%. Florida, another state that reopened its economy relatively quickly, told bar owners in the state to immediately stop serving alcohol on their premises.