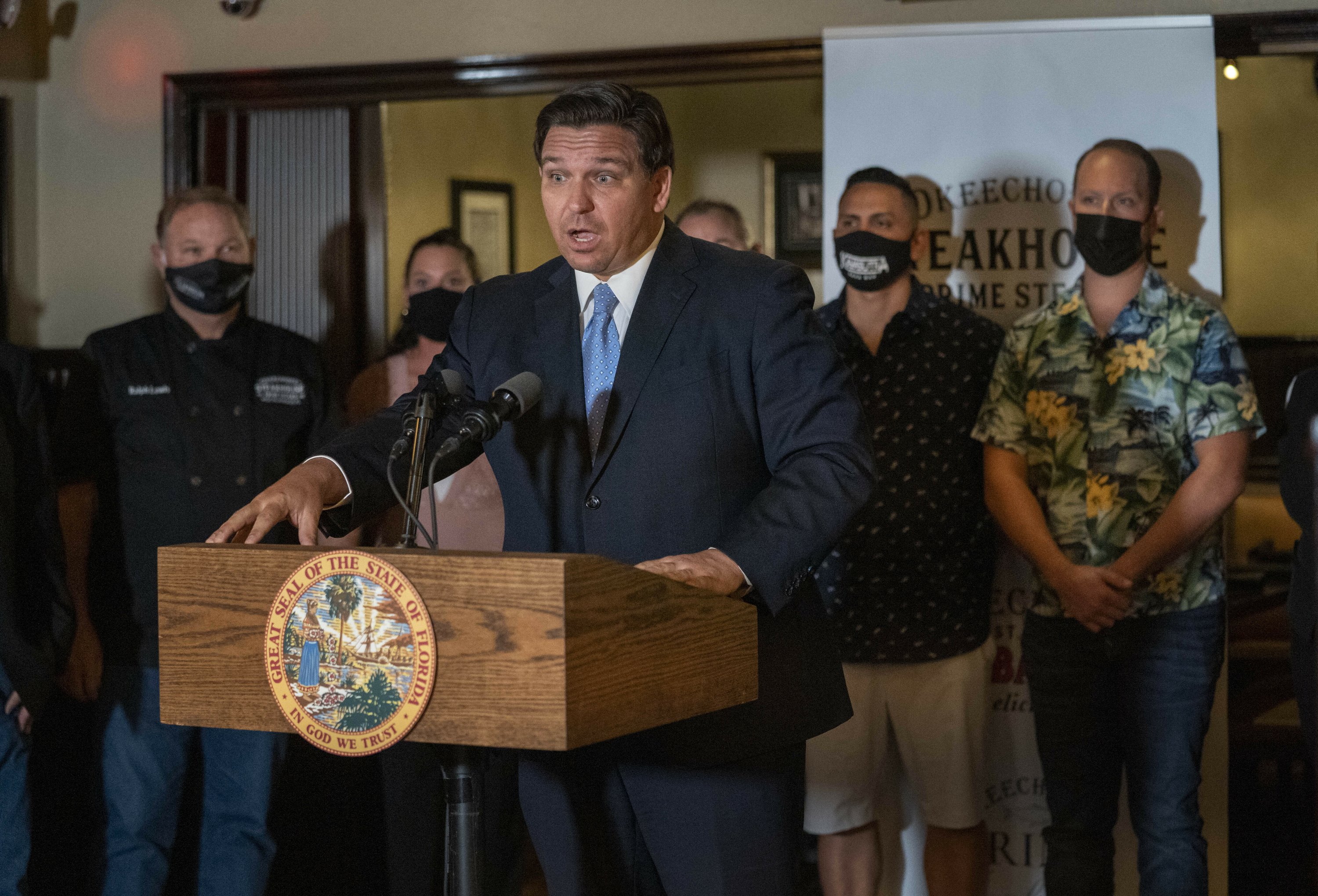 TALLAHASSEE, Fla. (AP) — Florida’s largest hospital system said it was on track to immunize nearly 20,000 health care workers against COVID-19 as Gov. Ron DeSantis on Tuesday announced a delay in hundreds of thousands of doses of the Pfizer vaccine.

But DeSantis said the first batch of the Moderna vaccine — 370,000 doses — could begin heading to his state as soon as this weekend and would allow wider distribution of the medicine to hospitals across the state, pending federal authorization.

Florida began receiving its share of the coronavirus vaccine on Monday, and the state was expected to get about 450,000 doses produced by Pfizer over the next two weeks. But production issues could prevent them from being delivered.

“We’re just going to have to wait. Obviously, it would be shipped relatively soon if we got it,” DeSantis said at a news conference in West Palm Beach. “We don’t know if we’re going to get any or not.”

The state will take what it can get, DeSantis said, as it attempts to take control of a pandemic that has infected more than 1.1 million Floridians since COVID-19 made its first appearance in the state in March.

On Tuesday, the state health department reported a daily increase of more than 9,400 cases. The state also reported 94 new deaths, raising the cumulative death toll to 20,365.

The top priority is to use early shipments of the vaccines to protect health care workers, who have been on the frontlines in the fight against the pandemic.

Officials at one of Florida’s largest hospital networks said on Tuesday they were on pace to vaccinate 19,500 health care workers against COVID-19 at Jackson Health System and other Miami hospitals in seven days to avoid staffing shortages as the state continues to see rising numbers of patients with the virus.

Jackson Health System President and CEO Carlos Migoya told reporters that the doses that arrived Tuesday would be administered first at Jackson Health and the University of Miami Health System before making their way to other hospitals in Miami-Dade County.

“It’s a challenge, but I believe we can get that done,” Migoya said. “Our health care workers who are taking care of patients and are either directly or indirectly impacted have the ability to get the vaccine and get protected for themselves. They can continue to work and at the same time protect their families.”

Hospitalizations have increased in Florida over the past month with nearly 5,100 COVID-19 patients in the state on Tuesday, up from 4,876 on Monday.

The hospitalization figure had surpassed 9,500 in July, when top doctors at Jackson Health warned that Miami was “the epicenter of the pandemic.” But it had steadily dropped and plateaued around 2,000 in September and October, according to state data.

Migoya said health care workers needed to be the “ambassadors in the community” to encourage the general public to take the vaccine once it becomes widely available.

The pandemic has not only been a public health concern, but an economic one, too.

DeSantis used a steakhouse in West Palm Beach as a backdrop for his news conference on Tuesday, arguing that the economic livelihoods of Floridians were just as important.

He said restaurant workers, and the lodging and hospitality industries, have “taken it on the chin” because of shutdowns.

“I just want to send a message that some may want to shut you down but we want to pull you up,” DeSantis told workers who joined him for his media event.

State Rep. Carlos Guillermo Smith, a Democrat, took issue with the governor’s public statements in support of the economy while doing little, Smith said, to give direct aid to struggling businesses.

“We must take action to protect public health and offer small business relief without a shutdown,” Smith said in a phone interview. “No one is advocating for a shutdown.”