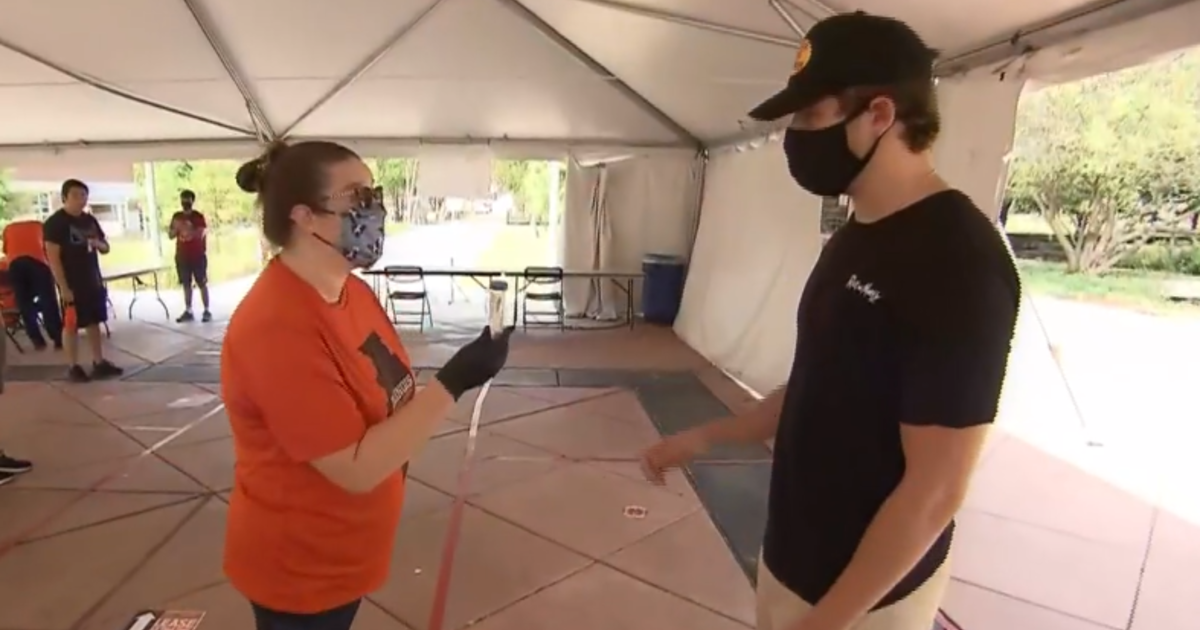 University of Illinois chemistry professor Marty Burke, along with his research team, designed an aggressive testing program to allow the university to reopen this fall. Some experts say it should be a model for the rest of the country.

Meanwhile, researchers at more than two dozen companies are working on at-home coronavirus tests that could allow that kind of frequent mass testing to happen on a national scale.

Here’s what we learned about frequent mass testing:

1. On any given day, the University of Illinois conducts roughly 2% of coronavirus tests in the U.S.

As part of its mass testing program, the University of Illinois is doing up to 20,000 tests per day — they’ve conducted more than 250,000 tests total and every week, every student is tested twice. In the United States, roughly 2% of all coronavirus tests done each day is done through the university.

Burke said the intensive testing program originated after looking at the modeling of what could happen if the school didn’t take steps to test students. “What they predicted if we put all of our students back and don’t do anything is pretty much all of them were going to get COVID,” Burke said. “I mean it was a pretty humbling prediction as to how things were going to go. So we knew we were going to have to be, you know, very aggressive.”

2. The school’s test is based on saliva, not a nasal swab

Burke told us his research team was concerned using nasal swabs would be “way too slow, way too expensive, and way too cumbersome” to do the kind of massive testing program that the university’s epidemiologists said was necessary. To get around that problem, Burke’s team designed its own saliva test.

“There was a great paper that came out of the Yale group in April that was even further encouraging, showing that you could detect SARS-COV-2 in saliva even more sensitively than the nasal swab,” Burke said. “And so we decided to go all-in on developing a saliva-based test that could be fast and scalable, and thereby allow us to achieve our goal.”

3. Scientists are working on how to scale tests so that testing can be done at home

There currently aren’t any FDA-approved at-home coronavirus tests for COVID-19, but more than two dozen companies are working on developing them. Orasure Technologies is one of them. The company’s CEO, Stephen Tang, told us that with an at-home test, “an individual can get the results in the comfort of their own home in about 20 or 40 minutes, it will be done with a nasal swab. And it’s read very much like a pregnancy test.”

4. If used nationwide, at-home testing could be a “game-changer”

Michael Mina, an assistant professor of epidemiology at Harvard’s Chan School of Public Health, said he’s optimistic that at-home coronavirus tests could be a breakthrough in stopping community spread of the coronavirus. “I think that if we could get rapid home testing into a sufficient number of houses, they can actually serve to stop over community spread of the virus,” he said.

“In a similar way to how we think about vaccines as resulting in what we call ‘herd immunity’ … These tests can actually do the same thing. So if we can get them out into enough households and teach people how to use them and they’re very simple to use, then I think that they can be a real game-changer.”

5. There are some concerns about at-home testing

While at-home options could increase accessibility to coronavirus testing, some scientists are skeptical about whether one will ever be approved by the FDA. They are concerned about the accuracy of tests, whether people will be able to use them correctly, and how people who may test positive may not report their cases to the health officials – making contact tracing more difficult.

Where experts agree, though, is that the U.S. needs to be much more testing than its current rate. Now, the country is doing about 25 million tests per month — a new study suggests the U.S. should be conducting as many as 200 million per month.