Mexico’s health ministry reported 5,824 new confirmed cases of coronavirus infections and 552 additional fatalities, bringing the total in the country to 585,738 cases and 63,146 deaths.

The government has said the real number of infected people is likely significantly higher than the confirmed cases.

Malaysia has extended its pandemic movement restrictions including a ban on foreign tourists until the end of the year.

Prime Minister Muhyiddin Yassin said in a televised address that global cases have been rising and the country has seen sporadic virus clusters even though the situation was under control.

Malaysia has recorded more than 9,000 cases with 125 deaths.

Australia’s Victoria state recorded its lowest rise in new coronavirus cases in almost two months, but authorities warned there would be no rush to lift social distancing restrictions.

State officials on Saturday reported 94 new COVID-19 infections and 18 deaths. It was the first time new daily case numbers have fallen below 100 in eight weeks, and continues a steady trajectory downward this week.

“Every day we see the strategy working is a good day but we just need a bit more time to be able to be confident that we are, in fact, defeating this and that we can open up, gradually, steadily, safely,” Victoria Premier Daniel Andrews said at a televised news briefing.

A court in the German capital, Berlin, upheld an earlier decision giving the go-ahead for weekend demonstrations against coronavirus restrictions, in response to an appeal by police.

The decision is final.

Authorities had announced the ban earlier this week after an event by the same organisers at the start of the month was broken up because the participants – numbering tens of thousands – were not wearing masks or keeping the required distance from one another.

Argentina logged 11,717 new coronavirus cases on Friday, its highest daily jump, but the government moved ahead with its plans to ease nationwide lockdown measures.

“Today we can take a new step by authorizing meetings of up to ten people in the open air, maintaining the distance of two meters and the use of a mask. This will be in force throughout the country,” President Alberto Fernandez said in a televised address.

Restrictions related to the pandemic in the country started on March 20. The new, more relaxed rules are scheduled to last until at least September 20.

The league was suspended in March due to the coronavirus pandemic.

“Today the good news for Colombia is that the third week of September at the latest we’ll have football,” Lucena said during President Ivan Duque’s nightly TV broadcast. “It will be closed door – we’ve said that from the beginning – there will not be capacity for the public.”

01:33 GMT – Researchers identify first case of reinfection in US

Researchers in Nevada reported what may be the first documented case of coronavirus reinfection in the United States, following similar reports earlier this week from Hong Kong and Europe.

A 25-year-old Reno man with mild COVID-19 symptoms initially was found to have the virus in April, recovered and tested negative twice, and then tested positive again in June. He was much sicker the second time, with pneumonia that required hospitalisation and oxygen treatment.

The findings have not yet been published or reviewed by other scientists, but were posted on a research site.

Scientists at the University of Nevada, Reno School of Medicine and the Nevada State Public Health Laboratory said they were able to show through sophisticated genetic testing that the virus associated with each instance of the Reno man’s infection represented genetically different strains.

The case “should cement in our minds that there’s no such thing … as invulnerability” to the virus, even if you’ve already had it, said Mark Pandori, director of the Nevada State Public Health Laboratory.

“One can get sick again and that illness can be quite severe.”

A majority of states in the United States have rejected new guidance on COVID-19 testing from the Centers for Disease Control and Prevention (CDC), the Reuters news agency reported, in a move public health experts said showed deepening distrust of the handling of the pandemic by the administration of US President Donald Trump.

At least 33 states continue to recommend testing people who have been exposed to COVID-19 and have no symptoms, spurning guidance published by the CDC this week that said testing may be unnecessary.

Reuters said 16 states did not immediately respond to requests for comment and North Dakota said it had not made a decision.

Michael Mina, assistant professor of epidemiology at the Harvard TH Chan School of Public Health, told the agency: “This is states almost all-out rebelling against the new guidelines.”

A Brazilian court temporarily removed Wilson Witzel, the governor of Rio de Janeiro, from office over alleged graft in the purchase of medical supplies and services.

In a statement to reporters, the governor called his 180-day suspension by a federal body a politically-motivated “circus” led by a public prosecutor with ties to President Jair Bolsonaro’s family, and based on false testimony by his former health secretary.

In conjunction with the court decision, federal police arrested nine people and carried out 83 raids on associates of Witzel on Friday as part of their graft investigation, prosecutors said. 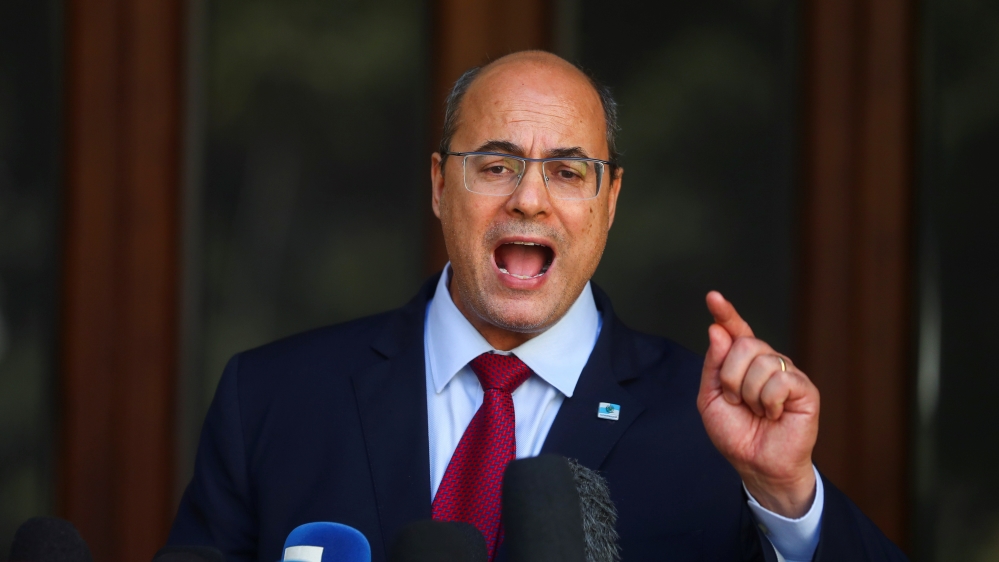 Canada is extending restrictions on travellers arriving in the country for another month to help combat the spread of COVID-19, Public Safety Minister Bill Blair announced on Twitter.

Canadian citizens and permanent residents returning from abroad will continue to be subject to strict quarantine measures, he added.

Arrivals in Canada are required to undergo a 14-day quarantine period.

Canadian citizens and permanent residents returning to Canada will continue to be subject to strict quarantine measures. Exemptions and other details can be found here: https://t.co/zESXaTXBNj (2/2)

For all the key developments from yesterday, August 28, go here.