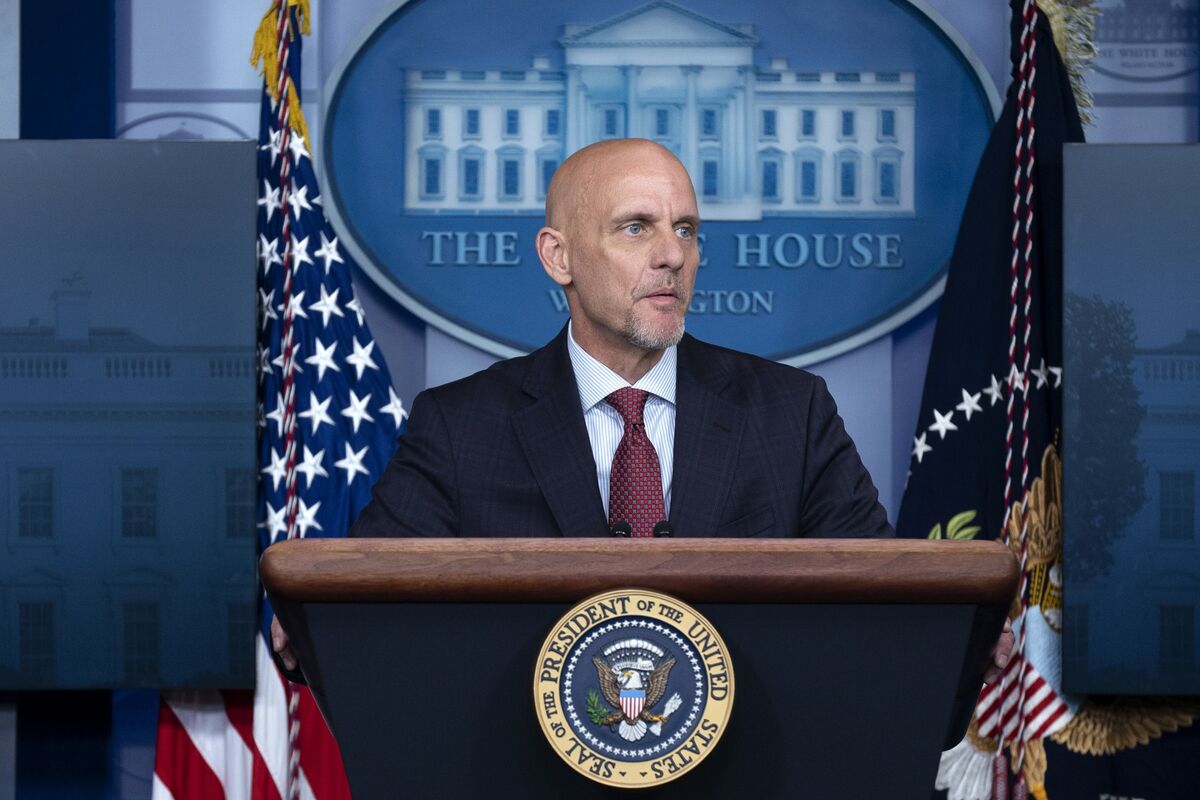 The head of the U.S. Food and Drug Administration promised that the review of a potential Covid-19 vaccine in the U.S. will be transparent to the public, with any clearance by the agency driven by data alone.

In an interview on Sunday, Commissioner Stephen Hahn responded to questions about the different ways the FDA could clear a vaccine for use: either under an emergency authorization, likely based on more limited data and for use in a narrow group, or a broader approval that could lead to wider use.

“We’ve said all along we’re not going to pre-judge what mechanism we’re going to use to authorize or approve a vaccine,” Hahn told Bloomberg News by phone. “We’re going to let the data dictate that. The data will dictate what kind of decision is made on the vaccine.”

No decision on that has been made, because the agency hasn’t seen trial results yet, he said.

“I don’t have a crystal ball, I don’t know what the data look like,” Hahn said.

Hahn was appointed by President Donald Trump late last year. Only months into his tenure he found himself at the center of the administration’s response to the coronavirus, which has killed more than 180,000 Americans and infected more than 5.9 million. A vaccine is considered crucial for ending the pandemic and reviving the U.S. economy.

A vaccine is also pivotal to Trump’s re-election. The president has said a vaccine could be available by election day on Nov.3, and on Twitter has attacked Hahn’s agency for harboring “deep state” staff slowing vaccine and drug work to hurt him politically.

There’s no evidence that’s the case, and in fact the agency found itself in the middle of turmoil over the last week after Hahn, at a press conference with Trump, announced the emergency authorization of a Covid-19 therapy that uses blood plasma from recovered patients to treat current ones. At the press conference, Hahn overstated the benefits of the therapy — and had his remarks echoed by others in the administration.

Hahn apologized a day later. But the error led to a week of criticism of the agency, and the removal of the FDA’s new spokeswoman, Emily Miller, after less than two weeks in the job. Miller didn’t respond to requests for comment Friday.

The result is an agency that has found itself trapped between Trump’s accusations that it is moving too slowly, and outside critics who fear White House pressure will cause it to rush a vaccine review, or clear a shot based on insufficient data about its safety and effectiveness.

Hahn, in the interview, said the agency will share as much of the data on any vaccine it reviews as is possible. The agency has scheduled an Oct. 22 meeting of outside experts to discuss a vaccine. At this point, however, large, final-stage trials of experimental shots by Pfizer Inc., Moderna Inc. and others haven’t been completed or offered enough data to make a public judgment on.

“We are committed to being transparent because we realize this is very important to the American people,” he said. In an interview last week, he said he was aware of the outside pressure from Trump and others, but emphasized the need for data to drive the agency’s decision-making.

“What I tell internally our folks is they need to make the decisions based upon the data,” Hahn said in the earlier interview. “I have not reversed one of their decisions, nor do I intend to unless I think it’s absolutely wrong. So, yeah, I listen to it, but it’s not going to change what we do.”

Hahn, in that interview, also said that he would not be part of a decision to clear a vaccine that was politically driven.

“It would not be okay for me and I would not participate in any decision that was made any on anything other than the science,” he said.

Pfizer has said it could have enough data on its vaccine for review by October, and and other drugmakers are racing to complete trials of tens of thousands of volunteers as quickly as possible. The trials divide groups of healthy people into some who get the vaccine and others who get a placebo. Researchers are looking to see how many infections occur in each group — which could produce results quickly if there’s a clear separation between the two subsets.

“In order to read out in October, the vaccines would have to be very effective,” former FDA Commissioner Scott Gottlieb said on CBS’s “Face the Nation” on Sunday. “They’re going to wait for these trials to read out before they can make a decision around the efficacy of these vaccines.” Gottlieb served as FDA commissioner under Trump from 2017 to 2019.

Gottlieb said that any early clearance of a vaccine is likely to be for a small group at higher risk. “Full approval for the general population, where people can go to CVS and get a shot, that’s really a 2021 event,” he said, referring to drugstore chain CVS Health Corp.

U.S. health officials have been preparing for the roll-out of a vaccine. Under the White House’s “Operation Warp Speed” program, the government has made agreements with drugmakers to fund vaccine development and manufacturing.

It’s also planning for distribution of a vaccine. Given limited supply, any vaccine is likely to go to health-care and other front-line workers first, as well as populations at higher risk of the virus.

An emergency authorization of a vaccine would likely limit use to similar groups of higher-risk people while more safety data are collected.

(Adds comment from former FDA commissioner in the 17th paragraph)