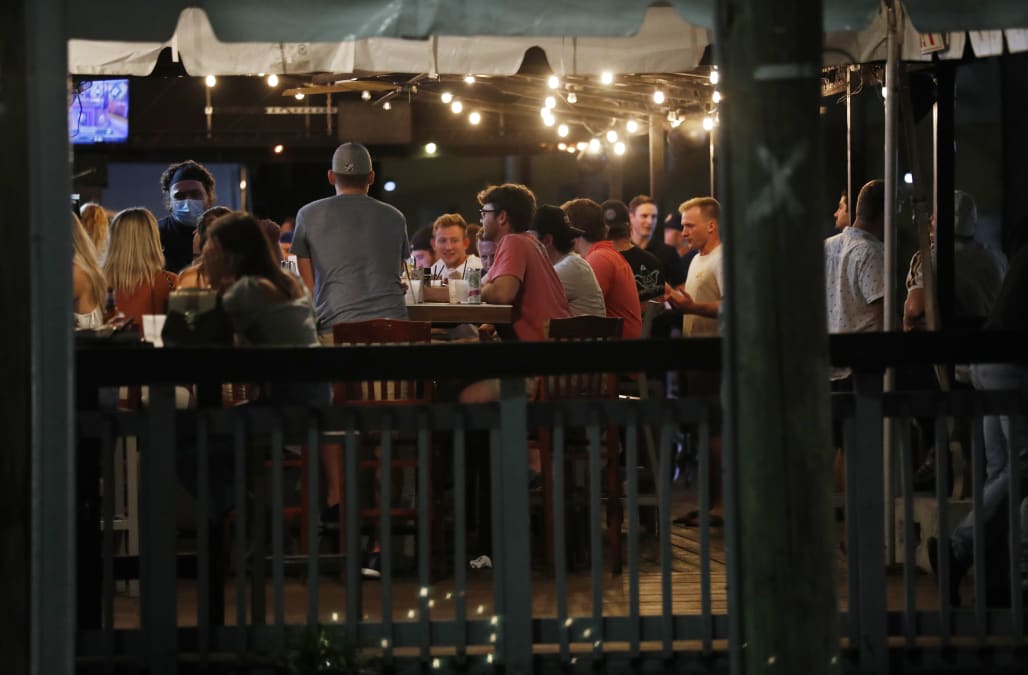 The warning from Fauci, director of the National Institute of Allergy and Infectious Diseases, comes three days after Florida Gov. Ron DeSantis announced that his state was going into Phase 3 of reopening, lifting all restrictions on restaurants and bars.

“Well that is very concerning to me, I mean, we have always said that, myself and Dr. Deborah Birx, who is the coordinator of the task force, that that is something we really need to be careful about,” Fauci told ABC’s “Good Morning America, “because when you’re dealing with community spread, and you have the kind of congregate setting where people get together, particularly without masks, you’re really asking for trouble. Now’s the time actually to double down a bit, and I don’t mean close.”

Florida was, and still is, one of the states hardest hit by the virus that’s sickened more than 7.1 million Americans and killed more than 205,000 as of Monday morning, according to a running count by NBC News.

Florida residents are now testing positive at a rate of more than 10 percent, according to a rolling seven-day count by Johns Hopkins University. The World Health Organization has set a benchmark of 5 percent before local governments consider reopening of businesses.

The pandemic has killed Floridians at a rate of 65.8 per 100,000 residents, with only 10 states having a worse percentage, according to Johns Hopkins data on Monday.

Fauci insisted he’s not calling for universal shut downs, but just a dose of “common sense.”

A representative for DeSantis could not be immediately reached for comment on Monday.

These Confederate statues were removed. But where did they go?

[ad_1] Coping with isolation in the COVID-19 pandemic is unquestionably a challenge. But there …