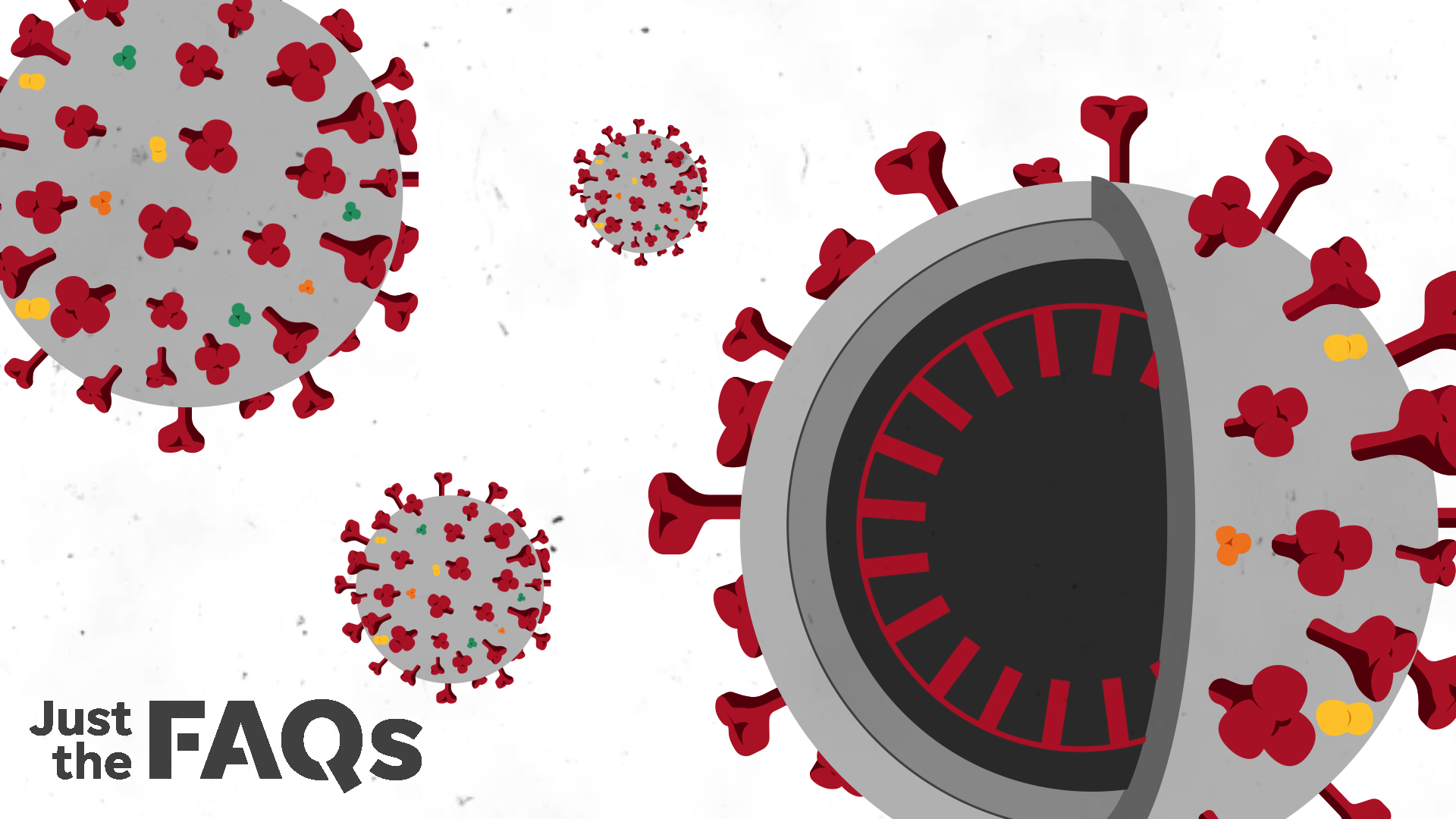 The COVID-19 vaccine is using new technology that has never been used before in traditional vaccines. Here’s how an mRNA vaccine works.

Since the U.S. Food and Drug Administration authorized emergency use of the Pfizer-BioNTech COVID-19 vaccine on Dec. 11, deployment of the vaccine began Dec. 14. While the vaccine heralds an end to the nearly yearlong pandemic, some on social media are raising concerns.

An explanation of Bell’s palsy is later offered (“a condition that causes a weakness or paralysis of the muscles in the face”), and the post claims the side effect is being considered a “‘non-serious’ reaction” despite the worrisome image included of three individuals with lopsided facial expressions.

Readers are encouraged to confirm the finding for themselves by following a link to an “FDA.gov review” provided at the bottom.

Similar posts elsewhere on Facebook echo the findings but instead share a screenshot of a Daily Mail headline juxtaposed with an image of three different individuals also afflicted with some sort of facial palsy.

USA TODAY has reached out to both Facebook users who shared the posts.

On Dec. 10, the FDA’s Center for Biologics Evaluation and Research held the 162nd meeting of the Vaccines and Related Biological Products Advisory Committee to discuss the emergency use authorization of the Pfizer-BioNTech COVID-19 vaccine.

A 53-page briefing noted that there had been four cases of Bell’s palsy among the vaccinated group and none among the placebo group. Symptoms occurred at different time points: For one participant, the condition occurred three days post-vaccination but resolved within three days; for the other three, symptoms appeared at nine, 37 and 48 days following vaccination and lasted for about 10, 15 and 21 days, respectively.

Thus because the finding was “consistent with the expected background rate in the general population,” the trial ruled there was “no clear basis upon which to conclude a causal relationship” between the vaccine and the occurrence of Bell’s palsy.

The briefing did acknowledge the FDA will continue to monitor for any new cases or reports of Bell’s palsy once the vaccine is deployed into larger populations.

It is unclear why the four participants developed Bell’s palsy and little is known about what exactly causes the condition. One prevailing theory is that herpes simplex virus may be the culprit.

HSV comes in two types, depending on the route of transmission — oral for HSV-1 and genital, or sexually transmitted, for HSV-2. It is HSV-1 that may be hiding away deep within facial nerves in a deactivated form, activating only when its human host comes under stress. Viral activation leads to infection and damage to the local facial nerves, resulting in the characteristic facial drooping or muscle weakness.

According to the Centers for Disease Control and Prevention, nearly 48% of the U.S. population has HSV-1 per 2015-2016 data. This percentage could be higher since an individual infected with the virus may never show symptoms.

While herpes is a lifelong infection, Bell’s palsy is completely treatable with anti-inflammatory drugs like corticosteroids and, in some severe cases, antiviral therapy as well. Approximately 80%-90% of patients recover fully within six weeks to three months. Recurrence for Bell’s palsy is estimated at 5% to 15%.

There are certain conditions that can put an individual at a higher risk for developing Bell’s palsy, such as pregnancy, hypertension or diabetes.

The first image of three individuals against a bright blue background may depict patients with Bell’s palsy, just not from the Pfizer COVID-19 vaccine trial.

USA TODAY found the image on NccMed.com, a Nigerian-based website offering “health advice” and “nutrition tips,” in an article dating back six months ago. Another instance of the image was found in a quizlet from five months ago. However, it is unclear whether the individuals depicted actually have Bell’s palsy.

One individual from the second image alongside the Daily Mail headline can be found in an article on tetanus; another can be found in an American Academy of Ophthalmology article from May 2008 and is clearly characterized as having a “left facial palsy.”

USA TODAY has reached out to both Pfizer and the FDA to verify the origin of the images.

We rate this claim MISSING CONTEXT, because without additional context it might be misleading. According to a Dec. 10 briefing document from the U.S. Food and Drug Administration, four volunteers from Pfizer-BioNTech’s COVID-19 vaccine trial did develop a type of facial paralysis/weakness called Bell’s palsy. However, this was not considered significant, given it was comparable to incidence of Bell’s palsy in the general population. It is also important to note a correlation between two events, phenomena or variables does not imply causation.

The images included in the posts do not appear to be the actual trial participants and with exception of one individual characterized as having facial paralysis, it is unclear whether any of the other people depicted actually have Bell’s palsy.

Thank you for supporting our journalism. You can subscribe to our print edition, ad-free app or electronic newspaper replica here.

Our fact check work is supported in part by a grant from Facebook.