By Frances Mulraney For Dailymail.com and Wires

Mayo Clinic researchers reported Friday a strong hint that blood plasma from COVID-19 survivors helps other patients recover, in what appeared like a breakthrough in coronavirus treatment.

Yet other health experts warn there is no definite proof that the treatment works, as evidence only suggests that it could be a successful cure.

More than 64,000 patients in the U.S. have been given convalescent plasma, a century-old approach to fend off flu and measles before vaccines.

It’s a go-to tactic when new diseases come along, and history suggests it works against some, but not all, infections.

However, there’s no solid evidence yet that it fights the coronavirus amid concerns that if healthcare workers rush to it in the clamor for a treatment, they’ll never get a clear answer on whether it’s the best treatment or not.

There were fewer deaths among people given plasma within three days of diagnosis, and also among those given plasma containing the highest levels of virus-fighting antibodies, Joyner and colleagues reported.

Experts are concerned, however, as this wasn’t a formal study.

The patients were treated in different ways in hospitals around the country as part of a Food and Drug Administration program designed to speed access to the experimental therapy.

That so-called ‘expanded access’ program tracks what happens to the recipients, but it cannot prove the plasma – and not other care they received – was the real reason for improvement.

Rigorous studies underway around the country are designed to get that proof, by comparing similar patients randomly assigned to get plasma or a dummy infusion in addition to regular care.

But those studies have been difficult to finish as the virus waxes and wanes in different cities.

Also, some patients have requested plasma rather than agreeing to a study that might give them a placebo instead.

‘For 102 years we’ve been debating whether or not convalescent plasma works,’ said Dr. Mila Ortigoza of New York University, referring to plasma’s use in the 1918 flu pandemic.

This time around, ‘we really need undisputable evidence,’ he said.

Ortigoza is co-leading one such study, which this week is expanding to three other states – Connecticut, Florida and Texas.

Her team also is working to pool data with several other clinical trials in other regions, in hopes of faster answers.

‘There’s concern about when there will be a clear answer,’ agreed infectious disease specialist Dr. Jeffrey Henderson of Washington University in St. Louis. 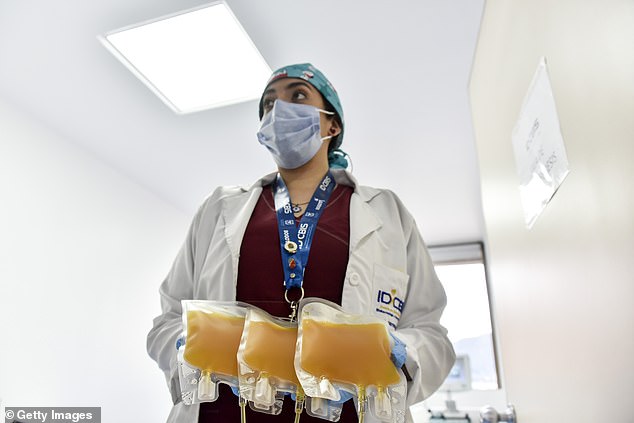 Pictured, a murse holds bags of blood plasma donated by a COVID-19 survivor at at blood bank in Bogota, Colombia on August 14. Mayo Clinic researchers are reporting a strong hint that blood plasma from COVID-19 survivors helps other patients recover. But it’s not proof, and some experts worry if, amid clamor for the treatment, they’ll ever get a clear answer 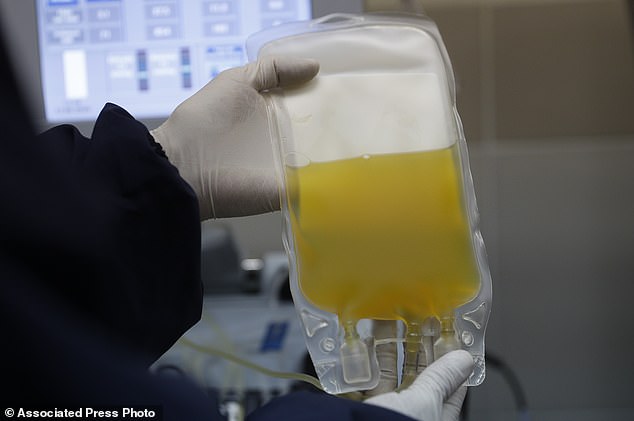 Pictured, a doctor holds a bag of blood plasma donated by a COVID-19 survivor at at blood bank in La Paz, Bolivia. Experts have warned it may not be the best treatment

He’s hopeful the clinical trials will push forward but said the Mayo report is consistent with smaller, earlier plasma studies and ‘an example of making the best you can of the data that’s available’.

When the body encounters a new germ, it makes proteins called antibodies that are specially targeted to fight that particular infection.

The antibodies float in plasma – the yellowish, liquid part of blood.

Because it takes a few weeks for antibodies to form, the hope is that transfusing someone else’s antibodies could help patients fight the virus before their own immune system kicks in.

The Mayo findings were posted online ahead of scientific peer review. 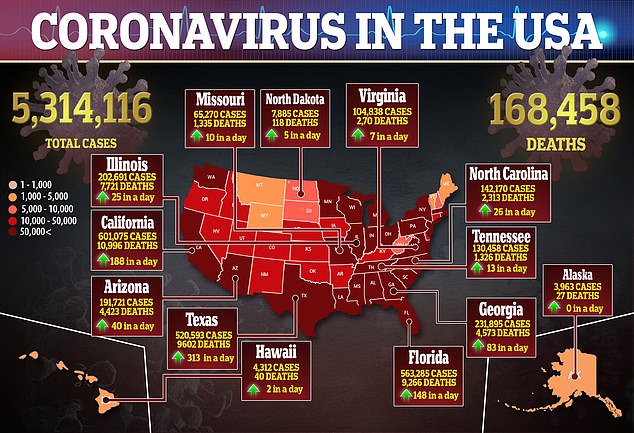 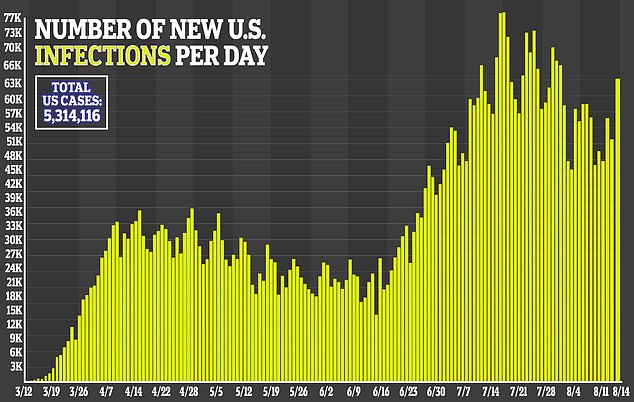 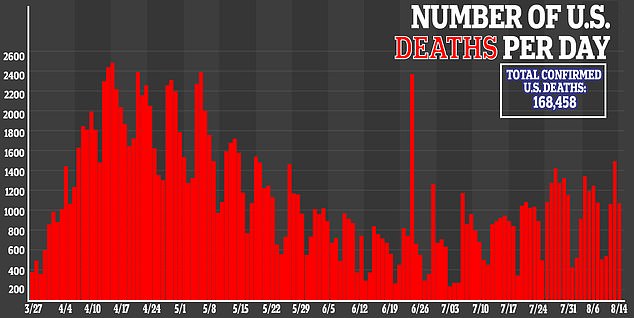 The FDA has been closely considering if the evidence is good enough to allow so-called emergency use of convalescent plasma, a step that would make it even harder for more rigorous testing to be completed.

Tens of thousands of COVID-19 survivors have donated their plasma, and blood banks have issued calls for even more to meet the demand as the coronavirus continues to ravage the U.S.

According to AABB, the American Association of Blood Banks, a quarter of hospitals it checks weekly are reporting waits of more than 24 hours in obtaining requested plasma.

Beyond whether plasma generally helps, scientists want to know when it should be used – for the very sick or at the earliest sign of infection? And what’s the right dose?

COVID-19 survivors harbor widely varying amounts of antibodies, which Ortigoza said is difficult to measure before the donated plasma is used.

She said another question is which of the many types of antibodies are the best to use. 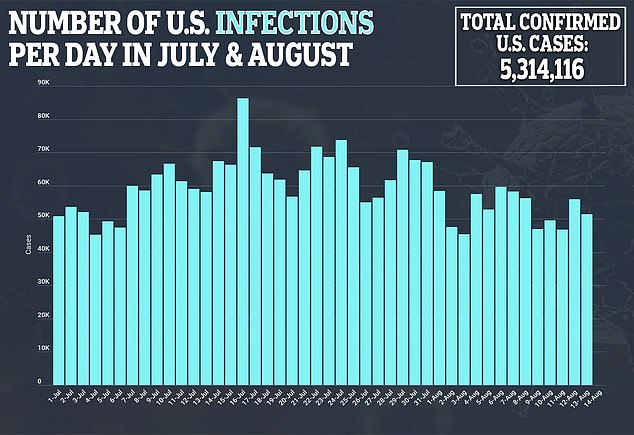 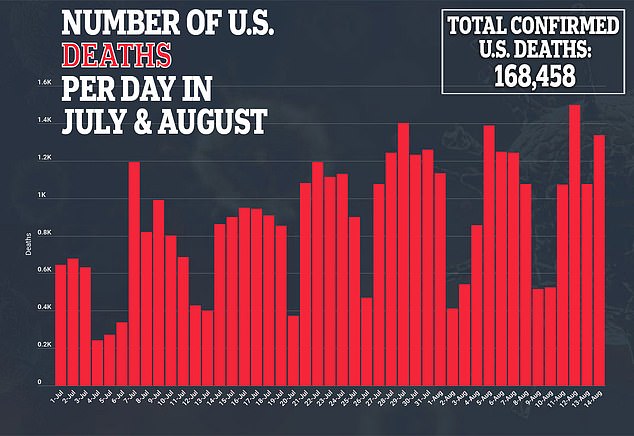 Joyner noted that the expanded access program wasn’t meant to replace rigorous studies but was originally designed to track 5,000 people and see if plasma was safe. Instead, the program skyrocketed.

‘There’s probably reasonable, actionable evidence from our findings to really reaffirm’ historic lessons of plasma therapy, that earlier use is better, he said.

The news of the limited success of the blood plasma treatment comes after the Centers for Disease Control and Prevention (CDC) suggested for the first time Friday that people who recover from coronavirus might have some immunity to the virus.

But the agency’s updated guidance hints that that protection may not last longer than three months.

‘People who have tested positive for COVID-19 do not need to quarantine or get tested again for up to three months as long as they do not develop symptoms again,’ the CDC’s recently updated guidance says.

However, ‘people who develop symptoms again within 3 months of their first bout of COVID-19 may need to be tested again if there is no other cause identified for their symptoms.’

The updated to the quarantine guidance was unannounced and seems to at once suggest that recovery provides some protection, but for a limited time, and that reinfection is possible.