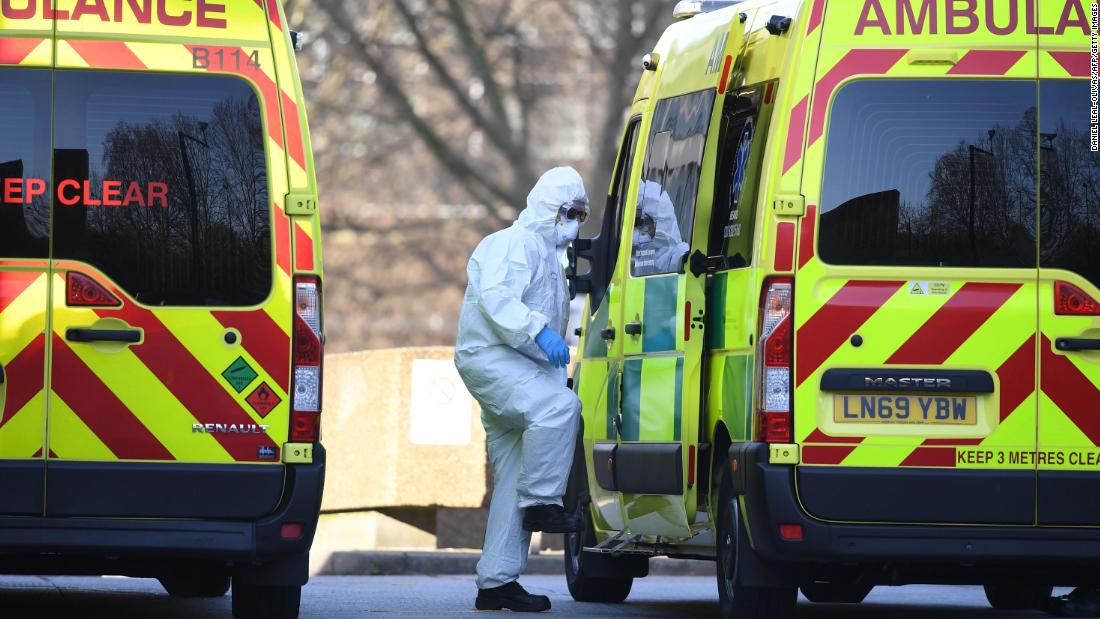 The daily updates on the government’s website only include deaths in hospitals — not other locations, including hospices, care homes and private residences. They also don’t account for the lag in reporting some deaths.
The weekly data released by the ONS records deaths where coronavirus is mentioned on the death certificate — even if only suspected. The latest ONS data for deaths up to April 10 (but recorded by April 18) is 13,121.
By comparison, the ONS says the corresponding figure released on the UK government website for England and Wales was 9,288.
That’s a difference of 41%.
The data also shows the number of coronavirus-related deaths in nursing homes has almost doubled in the five weeks that the ONS has been recording Covid-19 statistics.
The total number of deaths registered in England and Wales in the week ending 10 April was 18,516 — the highest weekly total since 2000.
The number of deaths in care homes has doubled from four weeks earlier, when the first Covid-19 deaths were registered, and there has been a 72.4% increase in hospitals, and a 51.1% increase in private homes, according to the ONS.
The largest number and proportion of Covid-19 deaths were among those aged 75 to 84 years old.
The highest number of deaths involving the coronavirus was recorded in London, while the lowest number was in the North East of England.