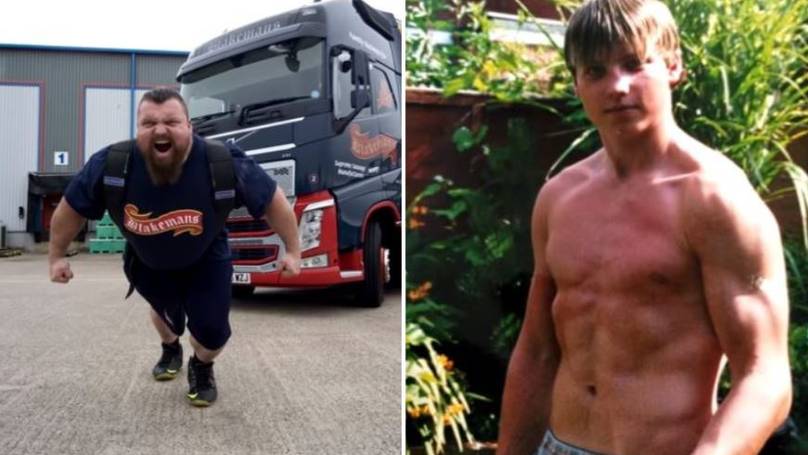 A video showing Eddie Hall’s body transformation proves how much the former World’s Strongest Man can change in a year, with plenty of time before his boxing debut.

Hall is well known for his incredible feats in powerlifting and strongman competitions, winning the World’s Strongest Man in 2017.

He’s certainly got the physique for it, but it doesn’t come naturally and he puts a lot of work into making himself into the ultimate lifting machine.

The 31-year-old has changed quite a lot over the years, having been a swimmer and then rugby league player in his teenage years, and one video shows how much he changes year on year.

Hall and fellow strongman Hafthor Bjornsson, who played ‘The Mountain’ in Game of Thrones, have been in a heated rivalry for the past couple of months.

The issues centred on the Icelandic athlete’s world record deadlift, with Hall discrediting his rival for breaking the Brit’s previous record.

“As long as I’ve got a good amount of time to train for this, I’ll make sure I’m fit… I’ve done my little bits of boxing training. I will not gas… I’ll be prepared to go the three minute rounds.”

“This is a message for Thor. I just want to say mate – actually you’re not my mate – you’re a pi**k!