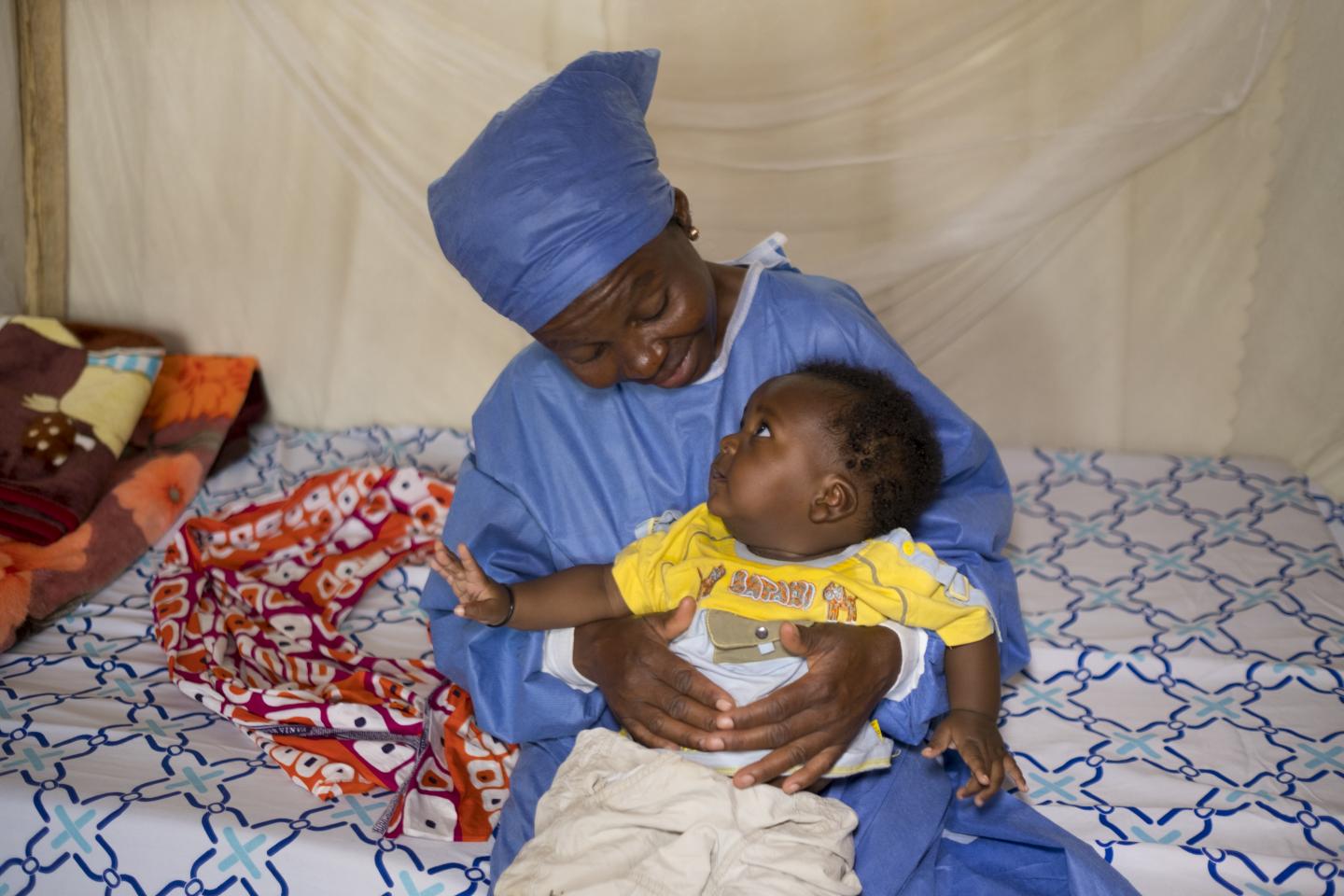 KINSHASA, 1 June 2020 – The Government of the Democratic Republic of the Congo (DRC) has confirmed the death of five people – including one 15-year-old girl – due to Ebola in Mbandaka, the capital of Équateur Province in the north-western part of the country. The deaths occurred between the 18th and 30th of May but they were only confirmed as Ebola-related yesterday. Four additional people who contracted the virus – all contacts of the deceased and including the child of one of the fatal cases – are being treated in an isolation unit at the Wangata Hospital in Mbandaka.

“UNICEF is working alongside the Government of DRC and all partners in the response to the Ebola epidemic by providing essential equipment, deploying community mobilizers, providing water and sanitation services, supporting orphans and other affected children”, said UNICEF DRC Representative Edouard Beigbeder. “In the ongoing outbreak in Eastern DRC, more children, proportionately, are being affected than in any previous Ebola outbreak, so we must ensure that preventing infection among children is central to the response in Équateur.”

UNICEF will deploy 36 staff by tomorrow to work with government partners, communities, psychologists and psychosocial workers, and non-governmental organizations to assist those infected and affected by Ebola and to raise awareness of communities of good hygiene and behavioural practices to prevent the spread of the disease.

UNICEF, through its office in Mbandaka, is on the ground to support the health authorities with the equipment (chlorine sprayers, hand-washing kits, gloves, masks, personal protective equipment) necessary to disinfect the homes of the deceased and confirmed cases.

UNICEF remains committed to supporting the government of DRC in its efforts to contain this new Ebola outbreak and limit its impact on children.

UNICEF will continue to work with Community Engagement Committees to conduct awareness campaigns and information sessions on Ebola disease prevention in schools, workplaces, churches and homes. It will also continue to provide psychosocial support to families – including children – affected by the disease, and to make water, hygiene and sanitation available in communities, schools and health centres.

The resurfacing of Ebola in Équateur comes just as DRC was approaching the end of the current outbreak in the eastern part of the country, which has killed 2,134 people and infected 3,317.  Équateur experienced a short outbreak from May to July 2018 during which 33 people died and 54 people were infected. Ebola has a mortality rate between 50 per cent and 60 per cent but can be as high as 78 per cent among children under five. The country is also battling COVID-19, and as of 31 May 2020, the COVID-19 outbreak has affected seven provinces in the DRC, with a total of 3,070 confirmed cases.

[ad_1] The coronavirus crisis nationwide is not only deepening, it is growing more deadly. …