Tired of taking crap for putting back on weight after a diet? A group of Israeli researchers have floated the theory that the solution may be a stomach-churning dose of your own excrement.

The stool is first processed into frozen, opaque and — thankfully — odorless capsules that contain the person’s microbiome — the genetic material of the microbes living inside our body — as extracted from a fecal sample taken at the optimal point during the weight loss.

In that way, according to a new collaborative study led by researchers from Ben-Gurion University of the Negev (BGU) and published in Gastroenterology, the microbiome from the time our body was losing weight most efficiently can be restored during the subsequent phase, when many people regain much or all of the lost weight.

The scientists insist they are not talking out of their asses, but nonetheless the strategy only worked for one of three dietary plans they tested — the only one that significantly changed the gut microbiome during the weight-loss process.

That plan, called a green-Mediterranean diet, involved consuming Mankai duckweed in a green shake, green tea and walnuts; and then, because there is no way to overemphasize this point, your own poop.

In a statement Sunday, BGU said the unprecedented 14-month clinical trial in Israel was led by BGU Prof. Iris Shai, then-BGU PhD student Dr. Ehud Rinott and Dr. Ilan Youngster at Tel-Aviv University. It said they collaborated with a group of international experts from US and European research institutes. 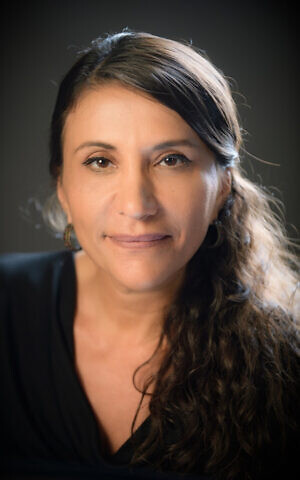 “It is well known that most dieters reach their lowest body weight after 4-6 months and are then challenged by the plateau or regain phase, despite continued dieting,” said Shai. “In this groundbreaking study, our international group of researchers explored whether preserving the optimized personal microbiome from fecal transplants after six months helps maintain weight loss by transplanting back the optimized microbiome during the subsequent regain phase.”

In the study, 90 participants were randomly assigned to one of three dietary plans, and after six months they each provided a fecal sample that was processed into the capsules, which are known professionally as an autologous fecal microbiota transplantation (aFMT). They were then randomly assigned to two groups that received either 100 capsules containing their own fecal microbiota or a placebo, which they ingested for eight more months.

Eating the aFMT capsules didn’t make a significant difference for two of the three diet plans. However, among those who were in the green-Mediterranean diet group, those who consumed the capsules processed from their own feces only regained 17.1 percent of the 8.3 kilograms (18.2 lbs) they had lost on average. Those who ingested placebo capsules instead regained 50% of their lost weight.

The study results were then reproduced in a complementary Mankai-specific mouse model experiment conducted by Prof. Omry Koren at Bar-Ilan University, the statement said.

It added that Mankai “is being grown in Israel and other countries in a closed environment and is highly environmentally sustainable — requiring a fraction of the amount of water to produce each gram of protein compared to soy, kale or spinach.”

“This study is the first of its kind to prove in humans that preservation of an ‘ideal’ gut microbial composition can be used at a later point in time to achieve metabolic benefits,” said Youngster. “Using the patient’s own stool after optimization is a novel concept that overcomes many of these barriers. It is my belief that the use of autologous fecal microbiota transplantation will be applicable in the future for other indications as well.”

“These findings might be a good application of personal medicine,” said Shai, who is also an adjunct professor at Harvard University. “Freezing a personal microbiome bank could be an effective way to maintain healthy weight while dieting, since the rapid weight loss phase is accompanied by optimal cardio-metabolic health. By optimizing the composition and function of the gut microbiome within the host, we have a novel approach for metabolic-memory preservation.”

The research received support from the Israel Science Foundation, the Health Ministry, the Science and Technology Ministry, the German Research Foundation, the Deutsche Forschungsgemeinschaft, the Rosetrees trust, Project “Cabala_diet & health,” the California Walnuts Commission, the US National Institutes of Health and the Boston Nutrition Obesity Research Center.