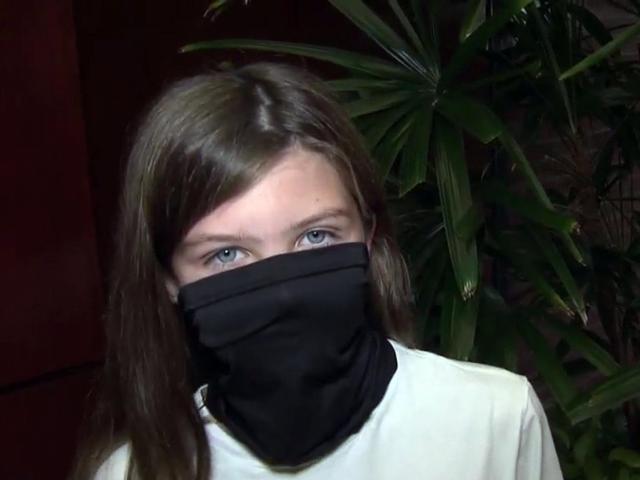 The study that WRAL News first reported last week showed neck gaiters do a better job at spreading the coronavirus than containing it, a detail that has since gotten nationwide media attention.

But Martin Fischer, an associate research professor in Duke’s chemistry department who participated in the study, said the research was geared toward demonstrating a way to study the effectiveness of masks and other face coverings.

Researchers used a laser in a box and a camera to record respiratory particles that might escape from different masks.

“It is amazing to see how many particles come out of your mouth when you speak,” Fischer said.

A fitted N95 mask performed the best, but according to the researchers, a neck gaiter used in the test did the worst – appearing to break droplets into smaller particles that then escaped into the air.

“Not all … neck gaiters are bad. There are plenty good ones out there,” Fischer said. “It depends so much on the material, on how many layers you wear.”

The Clark brothers say theirs would have performed better in the Duke tests.

“Not all neck gaiters are the same,” 14-year-old Dylan Clark said. “There are a ton of neck gaiter masks out there, and just because they tested one, it doesn’t apply to all of them.”

He and his 16-year-old brother, Connor, have their own company, CopperSafe, that has sold tens of thousands of gaiters.

“We have seen so many customers reordering masks – individuals and companies,” Dylan Clark said.

Fischer said the study wasn’t meant to rate different coverings, adding that he believes wearing a face covering is an important way to limit the spread of the virus.

“Just because we had one bad mask does not diss all the other masks,” he said. “We don’t have the resources to test all sorts of masks.”

The research team plans to study next how particles escape from masks, whether they’re coming from gaps around the edges or moving through the fabric, he said.