Sleep. Diet. Mental health. Chances are you probably want to improve at least one of these parts of your life (if not all of them). Well, fortunately for you, these areas are where BBC Science Focus writer Dr Michael Mosley specialises.

Advertisement
Here we gather our favourite pearls of wisdom the good doctor has delivered on the topic of improving your health and mood.
1

Create a lockdown routine to boost your mental health

Our lives have all been disrupted by COVID-19, resulting in a big surge in anxiety and issues of mental health.

A study, carried out by researchers from the University of Essex, delivered some stark findings.

The team used data collected from nearly 12,000 people who, for many years, have been asked questions about their mental health, and found that almost a quarter of respondents reported experiencing at least one mental health problem during lockdown – up from 10 per cent in pre-crisis times.

The temptation, when you are stressed, is to watch box sets and eat comfort food (and a survey carried out by King’s College, London, found that almost half the population have been doing just that during the lockdown). Though that may feel like what you want to do, in the long term it won’t do you any favours.

I feel strongly that, from the point of view of your mental health, ensuring you are getting enough quality sleep should be a priority, and when it comes to sleep it is essential that you establish a routine. You should start by setting a ‘sleep window’ – the time within which you are planning to sleep – and try to stick to it as closely as possible, seven days a week.

Switch up your home lighting to fight seasonal affective disorder 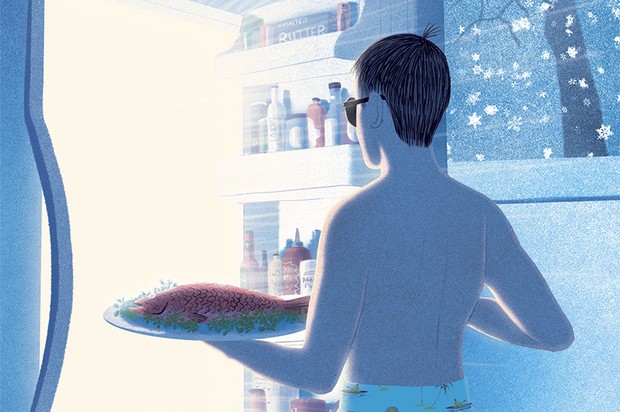 What I find particularly difficult about the shorter days is that I am part of the roughly 10 per cent of the British population who suffer from seasonal affective disorder (SAD). Like most people with SAD, I get more gloomy and introspective as the winter wears on.

A few years ago, while making a film about SAD for Trust Me, I’m A Doctor, I met Anna Wirz-Justice, professor emeritus at the Centre for Chronobiology at the University of Basel, Switzerland. She told me that, in winter, lack of exposure to daylight can throw our biological rhythms out of sync, which leads to the kind of symptoms that characterise ‘the winter blues’ or SAD.

So I bought a light box, which sits beside my computer and bathes me in 10,000 lux of bright white light for an hour or so in the mornings while I sit tapping away. I also go on early walks with our dog, since exercise outdoors in the morning light seems to be particularly effective at reducing the impact of SAD.

Caffeine isn’t all bad: it also has major health benefits 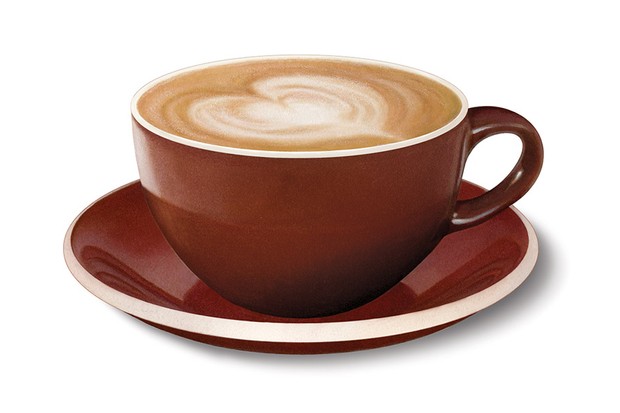 Apart from the flavour, what I love about tea and coffee is that they’re stimulants, rich with the world’s most widely consumed psychoactive drug, caffeine. A white, crystalline powder, it’s produced by plants to protect them against insect attack.

Not only do tea and coffee perk me up in the mornings, but there is strong evidence that caffeine consumers enjoy a range of other health benefits, with the benefits being clearer for coffee than tea.

A massive review of studies, ‘Coffee consumption and health: umbrella review of meta-analyses of multiple health outcomes’, published in the British Medical Journal, which looked at more than 220 studies, found that drinking coffee was associated with a significantly lower risk of heart disease and cancer, possibly because it’s rich in antioxidants and other anti-inflammatory compounds. Coffee drinking was also associated with a lower rate of Alzheimer’s and Parkinson’s disease.

Read Dr Mosley’s full advice on the upsides of caffeine. 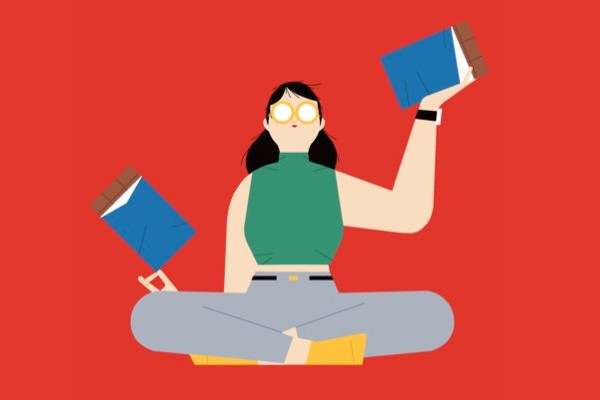 It was based on a study carried out by researchers from University College London, published in the journal Depression & Anxiety. They compared the chocolate-eating habits of more than 13,000 adults (based on dietary questionnaires), with their depression scores (based on something called the Patient Health Questionnaire).

After adjusting for confounders such as height, weight, marital status, ethnicity, education, income, physical activity, smoking, etc, they found that those that ate dark chocolate had 70 per cent lower odds of being clinically depressed than those who reported not eating chocolate at all.

Read Dr Mosley’s full advice on the benefits of chocolate. 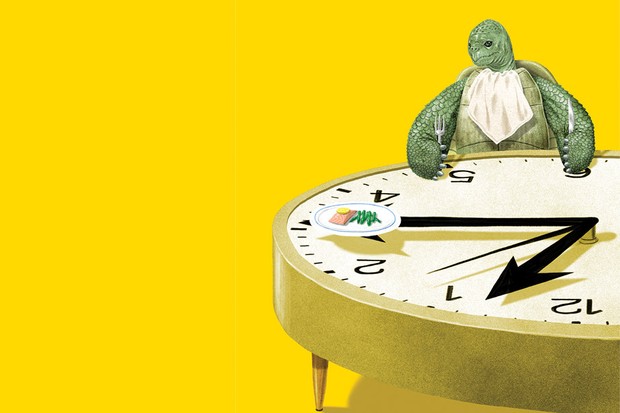 Back in 2012 I made a science documentary called Eat, Fast And Live Longer which explored the science behind approaches to extending healthy life and holding back the hands of time. I concluded that the only proven way to do this was by calorie restricting.

Now, eight years later, there’s stronger proof of the benefits from calorie restriction or intermittent fasting (where you reduce your calories for two days a week).

In one study, CALERIE (Comprehensive Assessment of the Long-Term Effects of Reducing Intake of Energy), researchers tested the effects of long-term calorie restriction on non-obese people.

In the study, 218 healthy people of a normal weight were randomly assigned to either cutting daily calorie intake by 15 per cent for two years, or continuing as normal.

Those in the calorie restriction group, not surprisingly, lost weight (an average of nine kilograms) but also saw big improvements in a range of risk factors, including cholesterol, blood pressure and C-reactive protein (a measure of inflammation). They also reported improvements in sleep, mood, sex drive and quality of life.

Soak up some nature 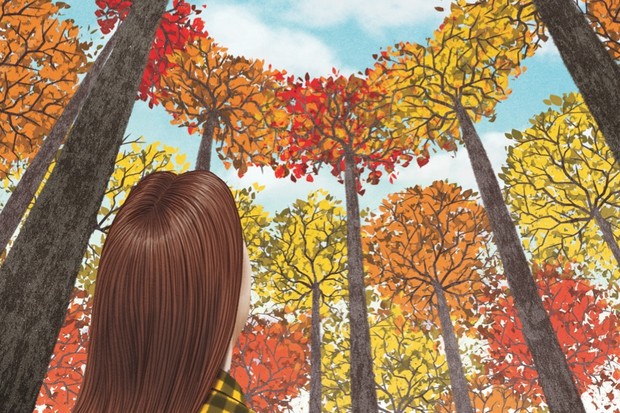 There is a wood near me that I walk or run through most days. Even on a wet winter’s day I get pleasure from being among the trees, though to be honest, when I am running, I wear headphones to distract myself from the pain in my lungs.

But perhaps I should be spending more time appreciating my surroundings by cultivating a sense of ‘awe’. Doing that might increase my sense of joy and even my ‘smile intensity’. Or at least that was the finding of a study I came across, published in the journal Emotion.

In the study, scientists from the Memory and Aging Center at the University of California, San Francisco, divided 60 volunteers into two groups. One group were asked to go for a 15-minute walk once a week for eight weeks, and to spend their time thinking about holidays, work, children, anything ‘internal’. The other group were also asked to walk, but to notice the colour of the leaves, the pattern of light on the ground, anything that might induce a feeling of ‘awe’.

They filled in questionnaires before and after, and it was found that those who were paying more attention to their surroundings got more benefit from their walks.

Read Dr Mosley’s full advice on how to get even more from your daily walks. 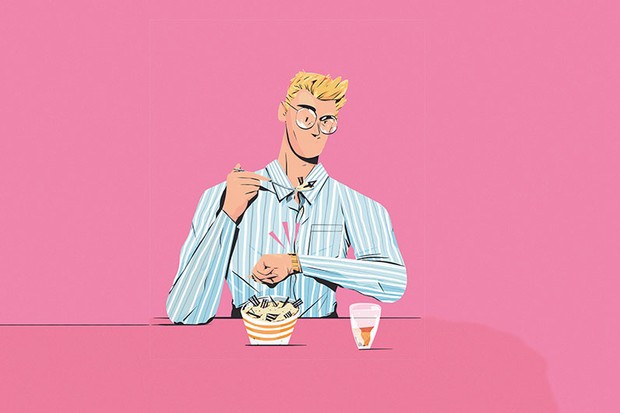 There is plenty of evidence from cohort studies that eating breakfast is good for your health. A 2018 study from the German Diabetes Centre in Düsseldorf, for example, found that when they compared a group of people who skipped breakfast with a group who ate breakfast, those who skipped it were not only heavier but were also 33 per cent more likely to have type 2 diabetes than those who didn’t.

The best way to resolve the question is to do randomised controlled studies in which you ask breakfast skippers to eat breakfast, and vice versa, and see what happens.

The good news is that a large number of these studies have been done. The bad news, for the advocates of ‘breakfast is the most important meal of the day’, is that randomised controlled trials have, on the whole, shown that getting people to eat breakfast can be counterproductive.

Dr Michael Mosley is former medical doctor, health writer and BBC presenter. He’s best known as presenter of Trust Me I’m a Doctor on BBC Two but has also written a number of bestsellers about personal health and medicine, including The Fast Diet, Fast Asleep and Fast Exercise.