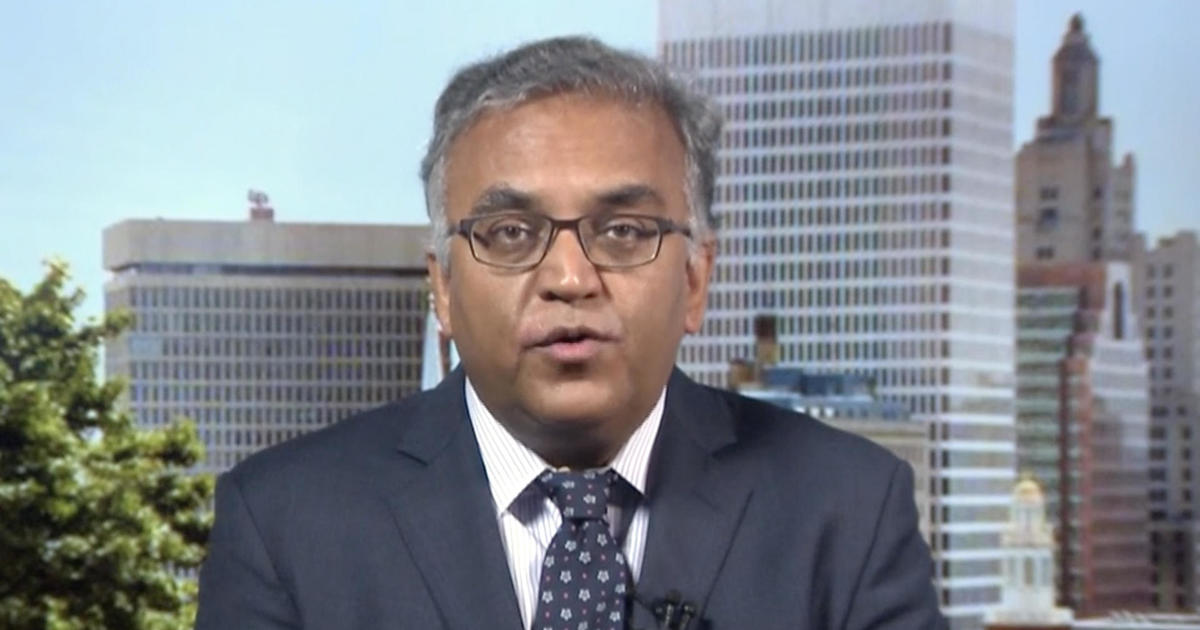 With nearly 200,000 American deaths attributed to the coronavirus pandemic, a leading public health researcher said it will be well into 2021 before life will be “meaningfully better” in parts of the United States, and disputed President Donald Trump’s recent public assertions that we are “rounding a corner” on acquiring a vaccine.

Appearing on “CBS This Morning” Monday, Dr. Ashish Jha, dean of Brown University’s School of Public Health, said he agrees with Dr. Anthony Fauci, who said in an interview that America may not be back to normal until the end of next year.

“We have not ’rounded a corner,'” Dr. Jha told co-host Gayle King. “I think we’re going to have some very hard months ahead. I do believe 2021 will be better. And by spring to summer of ’21, I think life will be meaningfully better in many parts of the country. But we still have many months to go, and I’m worried that if we take our eyes off the prize we could end up seeing a lot of infections.”

Co-host Anthony Mason asked, “The CEO of Pfizer, who was on ‘Face the Nation,’ said there’s more than a 60% chance the company will know by the end of October whether its vaccine works. What do you make of that, and what could that mean?”

“I’ve been really optimistic about a timeline that we have vaccines that are safe and effective this fall, but we don’t know what is motivating him to say that,” Dr. Jha said. “One of the things that I have called for, and others have called for, is that vaccine manufacturers should absolutely make their protocols and their research and their statistical plans all public so we can understand what’s motivating him to say that, what’s underlying the assessment. And without that, it’s very difficult.”

“If that does happen, though, if we get a successful vaccine by the fall, how long would it be before people actually get vaccinated?” asked Mason.

Dr. Jha said, “We’re going to have to make hundreds of millions of doses. Some of those are already being made. But even after we have got them made, it’s going to take many months to distribute them. You know, I always say vaccines don’t save lives, vaccinations do. It will take us well into 2021 before a majority of Americans get a vaccine.”

Dr. Jha was also asked about the Oxford AstraZeneca vaccine’s late-stage trials, which were recently put on hold when a participant developed symptoms of a rare neurological disorder.

The trials are resuming in at least two countries, but not in the U.S., a fact Dr. Jha said was “confusing.”

“One of the things that’s not been clear is exactly what happened that caused the pause, and why things have resumed,” Dr. Jha said. “And I think it’s really important for AstraZeneca, and researchers, to be very transparent with the people of the United States, of Great Britain, of everybody, about exactly what happened, so we can all have more confidence in the process.”

“It seems to be such a political hot potato,” said King. “Why do you think it’s so important that they are transparent and let us know all the details, and why wouldn’t they let us know the details?”

“We need for [a vaccine] to be safe and effective,” Dr. Jha replied. “You know, in general under normal times, all this stuff is not always disclosed – it is eventually disclosed to the FDA. But these are not normal times. And therefore, given how much attention we’re all paying, I think it’s critical for the investigators to make all of this stuff completely public.”