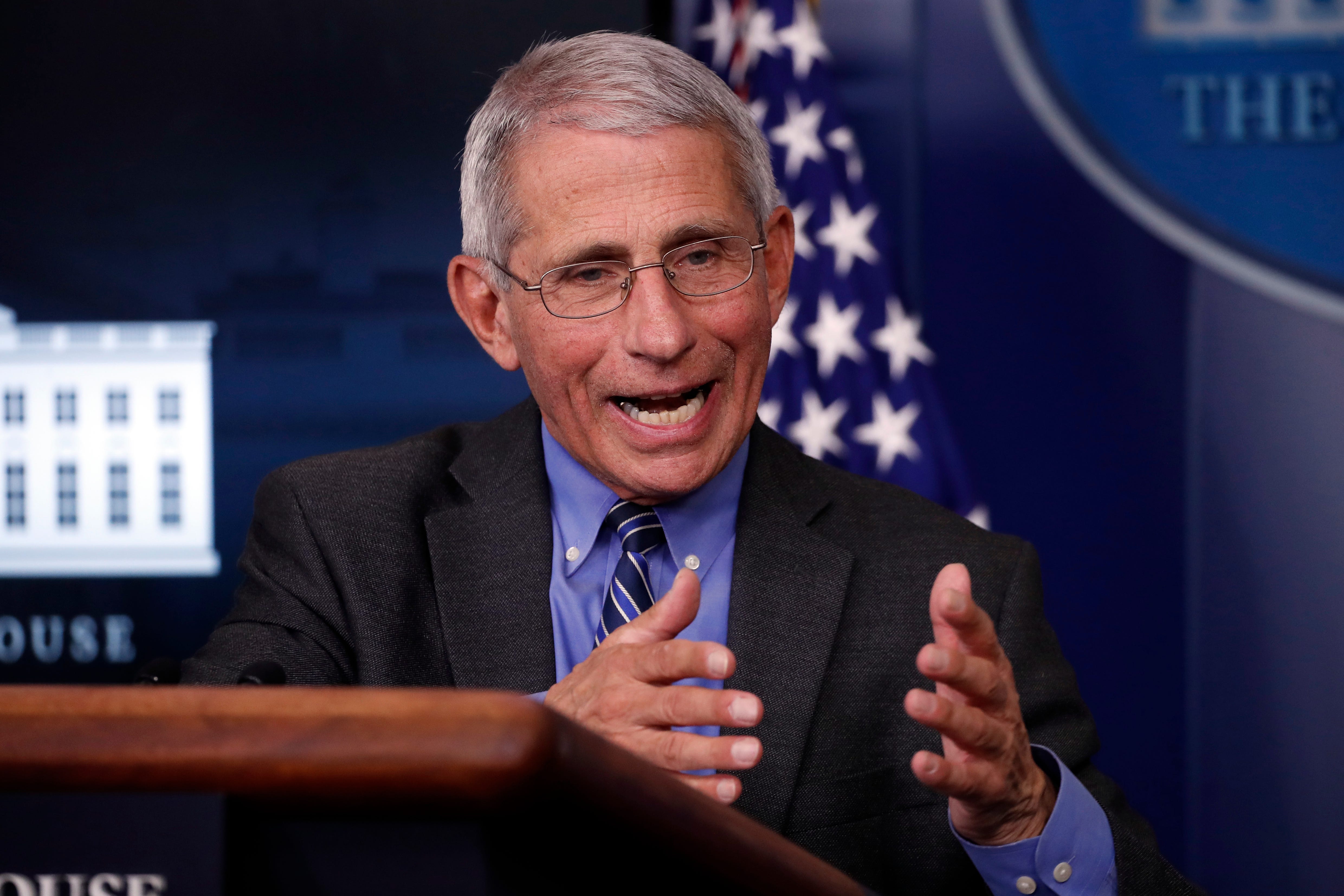 WASHINGTON — Dr. Anthony Fauci, director of the National Institute of Allergy and Infectious Diseases, said Monday that the United States’ handle on the coronavirus outbreak is “really not good” and that action is needed to curb the spread.

In an interview via Facebook Live, the nation’s top infectious disease expert said, “We are still knee-deep in the first wave of this. And I would say, this would not be considered a wave. It was a surge, or a resurgence of infections superimposed upon a baseline.”

New cases in the U.S. have reached record highs, climbing to around 50,000 a day. Nearly 3 million Americans have contracted the virus, with more than 130,000 deaths, according to data from John Hopkins University.

Fauci, speaking online with the National Institutes of Health, linked some of the surge in new cases to some cities and states who may have reopened too quickly.

“A series of circumstances associated with various states and cities trying to open up in the sense of getting back to some form of normality has led to a situation where we now have record-breaking cases,” Fauci said in the chat with NIH Director Francis Collins.

According to John Hopkins University, at least 32 states are reporting higher rates of new cases this week compared priors.

“The European Union as an entity, it went up and then came down to baseline,” Fauci continued. “Now they’re having little blips, as you might expect, as they try to reopen. We went up, never came down to baseline, and now it’s surging back up. So it’s a serious situation that we have to address immediately.”

Fauci’s characterization comes shortly after he warned Congress last week that new coronavirus infections could increase to 100,000 a day if the nation doesn’t get its surge of cases under control.

Despite the surge in cases, the White House coronavirus task force has all but halted public briefings, while President Donald Trump’s administration has offered conflicting messaging on everything from the existence of surge to how individual people should respond.

Trump claimed during his Fourth of July remarks that 99% of coronavirus cases are “totally harmless.”