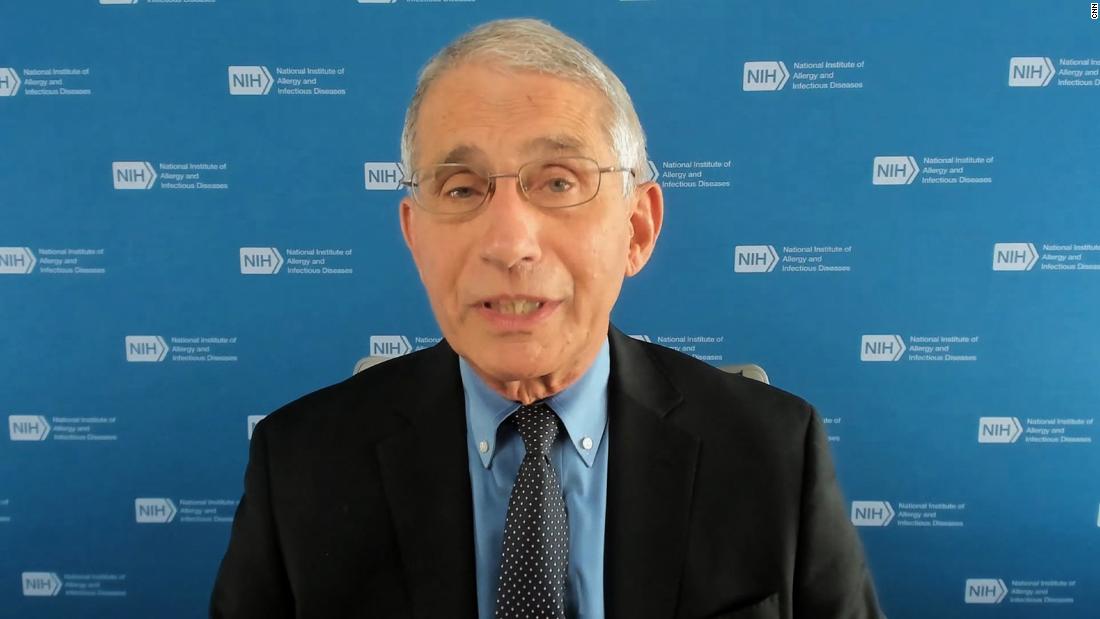 In a phone interview with CNN, the director of the National Institute of Allergy and Infectious Diseases said that colleges should only consider reopening if they have several protocols in place, including testing every student, surveillance testing as various intervals and readily available quarantine spaces.
“They’ve got to have the capability of doing the testing to begin with,” Fauci told CNN. “They’ve got to have the capability of doing surveillance testing as you get into the school year, and they have to have a plan of how they handle the inevitability of some students who are going to wind up getting affected.”
Fauci highlighted the planning needed to designate specific quarantine spaces for students who contract the virus.
“The whole thing could fall apart if you don’t handle that well,” Fauci said. “You don’t want to send them home. Because if you send them home, they’re only going to re-enter the community from which they came, and then they’ll wind up spreading infection outside of the confines of the college.”
Fauci emphasized the importance of student testing upon arrival at school campuses. He says it would be unrealistic to assume that there are no Covid-19 cases on campus.
“You’re not going to have a situation where there’s an active virus in the community and never get a student infected,” he said. “That’s almost an impossibility. But at least you want to start off with a clean slate.”
The NIAID director said the schools that have followed this game plan “are the ones that have succeeded thus far.”
He said he has consulted with presidents of schools that decided not to open for in-person instruction this fall, largely because they could not carry out the protocols he deemed necessary.
“I don’t want to name those schools,” Fauci said. “But it’s several of them I’ve known because I’ve consulted with the presidents of the school.”
As for schools that have opened for in-person instruction, Fauci said that large student parties and social gatherings that violate social distancing guidelines are a driving factor in increasing Covid-19 cases.
“I think that’s pretty clear,” Fauci said. “I mean they haven’t done the official study to prove that, but the circumstantial evidence is pretty compelling that when you get students that then congregate without masks in a party setting, particularly if the party is indoors in a sorority or a fraternity, you know that’s a recipe for having an outbreak.”
Although none of his three children are college-aged, Fauci said he would only send his children to college this fall if the institution could fulfill the criteria he laid out.
“It would really depend on the school,” he said. “I think if the school did the things that I mentioned, was able to test them, making sure that the rest of the student body is negative, and then doing intermittent testing, I would feel comfortable sending them back.”