The COVID-19 pandemic is the unprecedented crisis of our time.

To tackle it, the global health and scientific communities have been working at unprecedented levels to develop a vaccine in just 12 to 18 months – a process that can normally take between five to 10 years.

Soon after the SARS-CoV-2 virus emerged in December last year, scientists figured out its molecular structure, and a tremendous amount of work began. By mid-January, scientists knew what the virus was, understood its genetic sequence, and were able to take that and put it into the vaccine platforms already in existence across the globe.

Global vaccine efforts: who is involved?

One major global vaccine effort is being led by the WHO in partnership with CEPI, the Coalition for Epidemic Preparedness and Innovation, and GAVI, the Vaccine Alliance. Called COVAX, it is the ACT accelerator’s vaccine pillar that has brought together a number of donor countries and different partners from around the world to fast-track research and development of COVID vaccines.

Among trials in the works is the UK Oxford University vaccine based on a chimpanzee adenovirus, which was previously used to develop an Ebola vaccine; another vaccine is being developed in China also using an adenovirus platform; the Moderna vaccine, a novel platform that uses an RNA vaccine and has been developed in collaboration with the National Institutes of Health in the US; and others in Russia, India, Australia, Canada, Brazil, and other countries. 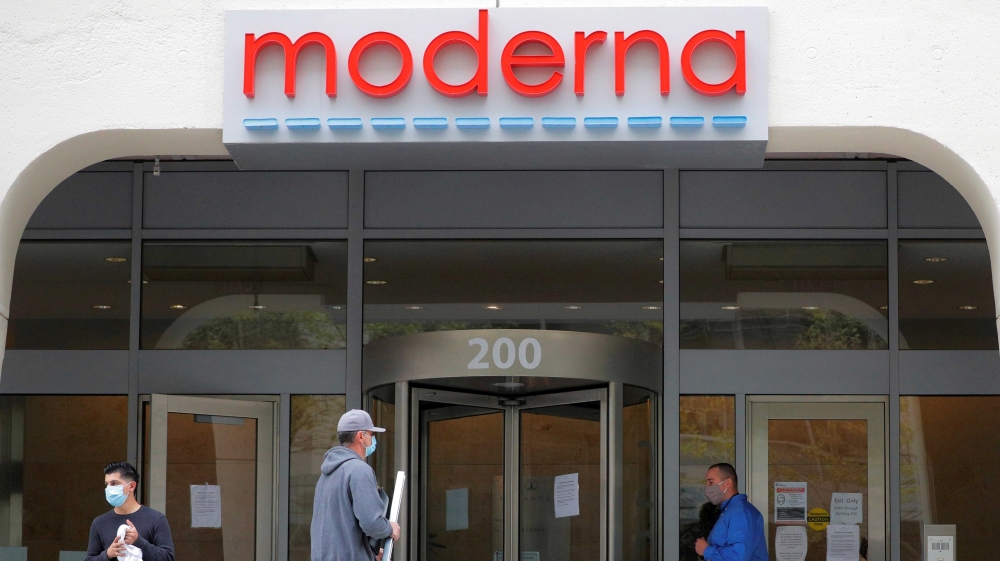 More than 200 coronavirus vaccine candidates are in various stages of development, with 24 prospects in human trials across the globe, including Moderna’s [Reuters]

What goes into finding a suitable vaccine?

The process of trialling a vaccine involves different phases. It begins with laboratory studies and animal experiments, then moves on to human beings. Here, phase one involves initial safety studies. These are usually done on 30 to 50 people to make sure the vaccine is safe and does not have any unexpected side effects.

After it clears this stage, it goes into phase two, a larger trial that starts looking at the vaccine’s immunogenicity, which is whether it elicits the kind of immune response we want to see. It then moves to a phase three trial, which is aimed at testing the efficacy of the vaccine – or how well it protects a person against infection – as well as its safety in tens of thousands of people. After that, a successful vaccine can be licensed for use and introduced into a broader segment of the population.

Normally, a company develops a vaccine, completes all the trials and testing, and once they’re sure it works, they begin investing in and scaling up manufacturing. That can take a year or more. With the coronavirus, the plan is to invest in manufacturing capacity upfront, and at scale, so as to shorten the timelines.

Historically, less than 10 percent of vaccine candidates that go into testing are successful. So a larger number of efforts increases the chances of success.

How will the vaccine work?

People who are infected by the coronavirus will naturally develop some sort of immunity to the disease. So the vaccine would be given to those who have not been infected, to protect them from getting the virus in the first place. However, even for those who have caught COVID-19, we still do not know how long their immunity lasts, or how long they may have antibodies for. This means some people who have initial immunity may need a vaccine after a year if the antibodies do not last that long. Others who get the vaccine may also later need a booster.

COVID-19, like other viruses, mutates as it multiplies. This could also impact the efficacy of a future vaccine. So far, the virus has not mutated in the critical part, which is the spike protein. Most of the vaccines in development are targeted to produce antibodies against this spike protein. If there is a mutation there, it could make the virus weaker, meaning it would no longer be as efficient at infecting people, or it could make the virus stronger, meaning a vaccine will no longer work.

We have to continue studying the virus as it develops over time. That is also why, at this point, it is hard to predict if this vaccine will be a universal vaccine, a one-shot, or whether you have to take it every year or two years. We also do not know whether, like the flu, we have to reconstruct the vaccine every year. At this point, these are all open questions.

When will we have a viable vaccine?

Historically, less than 10 percent of vaccine candidates that go into testing are successful. So a larger number of efforts increases the chances of success. The fact that there are so many different developments, efforts, and platforms makes us optimistic that hopefully a couple of them will succeed.

If some of the vaccines in human clinical trials are effective, they should be available sometime next year. But when exactly is very hard to predict. Very optimistically, the timeline for the first doses would be the first half of 2021.

We have a large number of different vaccines under development, and we are hopeful that one or more might work. But we also have to be prepared for the eventuality that these initial attempts might not be successful.

It is important to note that even with a successful vaccine, there will be a limited number of doses initially. We will not have eight or ten billion doses available to be able to vaccinate the whole world. We might have a few hundred million doses, meaning we would have to prioritise some sections of the population – such as front-line workers, health workers, social care workers and others who are at very high risk. Thereafter, manufacturing can be scaled up, and more vaccine candidates tested. And hopefully, by 2022, we will be in a position to have many more vaccines available.

How do you ensure equitable distribution of vaccines?

Through the ACT-accelerator, the WHO is trying to get countries to come to a common agreement on the fact that unless everybody in the world has access to this vaccine in a fair and equitable way, the problem of the pandemic is not going to be solved. As long as we have populations that are vulnerable, that are getting infected, other parts of the world can be impacted. And the global economy, which is suffering so much, also cannot restart.

We are hoping for a fair allocation framework to be agreed upon by all 194 WHO Member States. If all agree, each country should be able to get enough doses to vaccinate high-priority groups immediately, and then hopefully more and more doses in future. Separately, the WHO is also developing clinical guidelines and public health guidelines; we hope to work through consensus, advice, and dialogue to help different countries implement them.

There is also a mechanism called the C-TAP, the COVID Technology Access Platform, for anyone interested in pooling patents related to drugs, vaccines, diagnostics, new technologies, and anything that could help the COVID pandemics. There are also other ways of technology transfer to help benefit large numbers of people. We hope the companies who develop these new tools would be willing to share them in a spirit of solidarity. 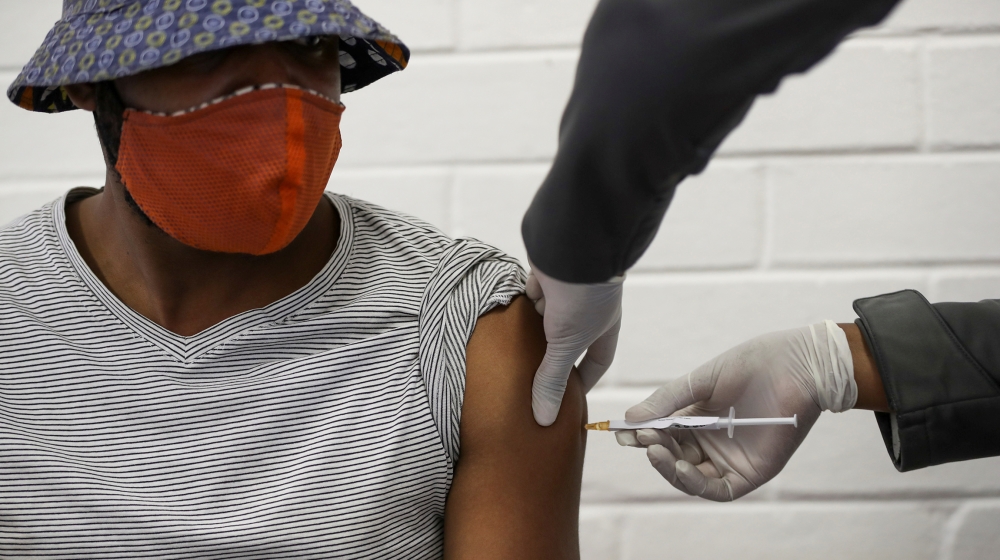 A volunteer receives an injection from a medical worker during a human clinical trial for a potential vaccine against the novel coronavirus, at Baragwanath Hospital in Soweto, South Africa [Reuters]

What if a vaccine is never found?

We have a large number of different vaccines under development, and we are hopeful that one or more might work. But we also have to be prepared for the eventuality that these initial attempts might not be successful.

If we do not get a vaccine, and the virus does not mutate significantly, it could be a case of the virus continuing to go around in circles, infecting people until enough of a population have immunity, or some antibodies that can block transmission. That is herd immunity, which can be acquired either through a vaccine or through natural infection – but usually, about 60 to 70 percent of people need to have antibodies for this to be effective. If the virus mutates, it could become stronger, or milder. If it gets stronger, it could spread more quickly because it would grow more and make people more infectious. If it becomes less virulent, it could become like a milder form of upper respiratory infection, similar to other coronaviruses.

Until a vaccine is developed and widely available, the public health measures … must continue. We should not become complacent thinking that a vaccine is very close and is going to solve the problems. It isn’t.

In the short term, we need better treatments, and things like oxygen to be available in settings where people need oxygen, we need better monitoring and better supportive care. We need to find more drugs with positive effects on recovery, like dexamethasone for the very severely ill, and remdesivir, which shortens the duration of hospitalisation. We need therapeutic options before we have a vaccine, and that can help to save lives.

And until a vaccine is developed and widely available, the public health measures that countries currently have in place to slow down the spread of infection must continue. We should not become complacent thinking that a vaccine is very close and is going to solve the problems. It isn’t.

At least for a couple of years, until enough people have acquired immunity around the world, we are going to need public health measures, like contact tracing, physical distancing, quarantining, mask-wearing, and hand hygiene.

With or without a vaccine, the coronavirus is unlikely to disappear completely because it has now been introduced into the human population very widely. It is everywhere. And it may continue as a very low-level kind of infection into the future – even when it no longer disrupts life.