May 18, 2022
Home Health News Disney employee brags on Facebook that she got a COVID vaccine – Daily Mail

Disney employee, 33, brags on Facebook that she got a COVID vaccine – as California hospital admits it gave doses to people who are not healthcare workers

By Ariel Zilber For Dailymail.com

A Disneyland employee has bragged on Facebook that she received the Pfizer BioNTech COVID-19 vaccine even though she is not a frontline health care worker and said she got it because her husband’s aunt is a ‘big deal’ at a local hospital.

The post by the 33-year-old woman from Riverside, California, included a photo of her vaccination card from Redlands Community Hospital in nearby Redlands, California.

‘When I woke up this morning, I didn’t think I would be getting the COVID-19 vaccine today. But here we are. I’m so very happy,’ the Riverside woman wrote on her Facebook page on December 20.

‘Science is basically my religion, so this was a big deal for me.’ 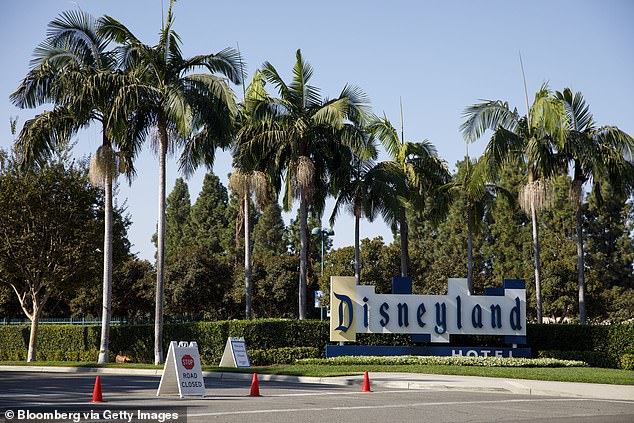 A 33-year-old Disneyland employee wrote a Facebook post on December 20 bragging that she received the Pfizer BioNTech COVID-19 vaccine even though she is not a front line health care worker. The Disneyland resort is seen in the above file photo in Anaheim, California 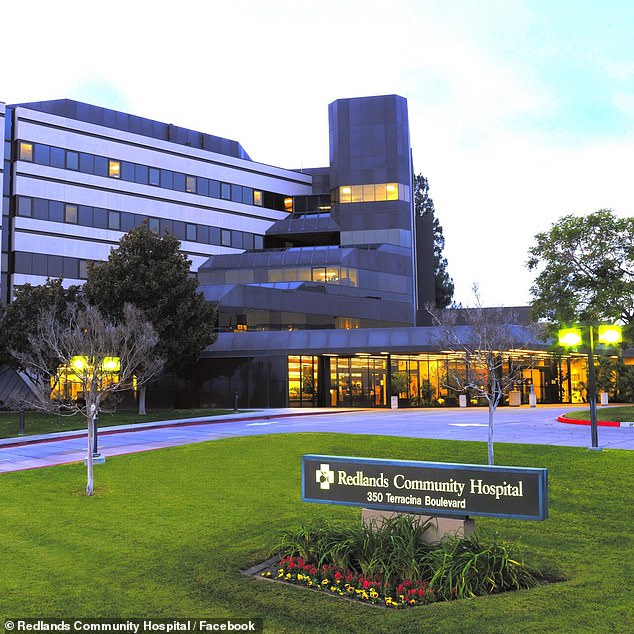 The unnamed woman bragged on Facebook that she was given the coronavirus vaccine because her husband’s aunt is a ‘big deal’ at the Redlands Community Hospital in Redlands, California (seen in the above file photo)

The contents of the post were reported by the Orange County Register, which has not named the woman.

When a Facebook friend asked her how she was able to get the vaccine since it is not yet available to the general public, she replied that her husband’s aunt is a ‘big deal’ at Redlands Community.

She also wrote that the hospital had leftover doses that were set to expire.

The hospital released a statement explaining how leftover doses were distributed, though it declined to say if the woman was among those who received one of the shots.

‘After physicians and staff who expressed interest in the vaccine were administered, there were several doses left.

‘Because the reconstituted Pfizer vaccine must be used within hours or be disposed of, several doses were administered to non-front line healthcare workers so that valuable vaccine would not be thrown away.’

The hospital did not say exactly how many leftover doses were available after it began vaccinating frontline workers and support staff on December 18.

The Pfizer vaccine is effective only when stored at a temperature of -94 degrees Fahrenheit.

If it is not administered soon after thawing, it must be thrown out.

Each vial of vaccine is supposed to contain five doses, though some have been found to have as many as two additional doses.

The federal government wants hospitals to administer every available dose, including leftover ones. 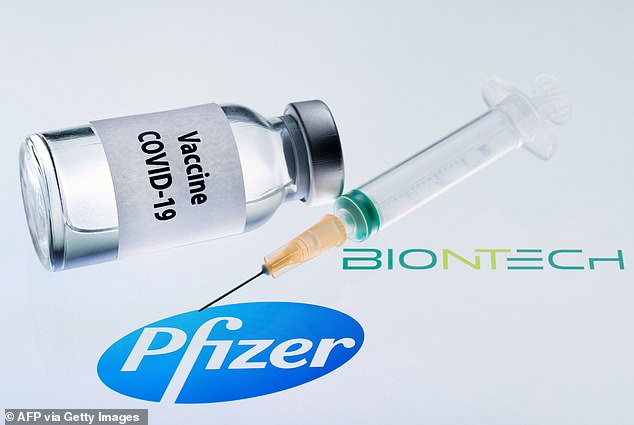 The hospital said that it has administered the vaccine to non-frontline workers thanks to leftover doses. The above image shows a vial of the Pfizer BioNTech COVID-19 vaccine

‘Given the public health emergency, FDA is advising that it is acceptable to use every full dose obtainable (the sixth, or possibly even a seventh) from each vial, pending resolution of the issue,’ the Food and Drug Administration said in a December 16 statement.

The Centers for Disease Control and Prevention recommends that frontline health care workers and support staff receive top priority in the distribution of vaccines.

Next in line to receive the vaccines during the first stage of distribution are vulnerable populations, particularly those in nursing homes.

‘The federal and state vaccine guidelines have prioritized our frontline health care workers who have been putting their lives at risk to fight this virus from day one,’ a spokesperson for the California Department of Public Health said.

‘We urge all health care providers to follow the state’s guidelines on vaccination phases which were created in consultation with experts and community leaders.’